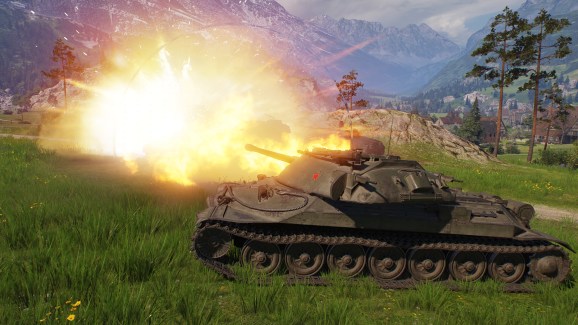 Players will soon be able to admire World of Tanks’s historical detail in high definition. Developer Wargaming announced today that it’s rolling out an update for its hit multiplayer action game that will overhaul it visually with its new CORE graphics engine. The update is for the PC version, not the PS4 or Xbox One games, and will be available in March 2018.

Update 1.0 will improve World of Tanks’s graphics, adding more realism to the battlefields and additional environmental effects. Wargaming is also redesigning 25 of its maps and adding bespoke soundtracks that will respond to what’s happening in combat. The studio is launching World of Tanks enCORE 2018, which is a sneak peek at the improvements and will give players a chance to see how the update will perform technically.

World of Tanks has an audience of 140 million players around the world on PC, Xbox One, and PlayStation 4. Its fans appreciate the attention to detail, and Wargaming engages them with videos that explain the engineering behind the actual tanks featured in the game. The graphical updates will likely appeal to this demographic as it will now look closer than ever to real-life.