Virtual reality developers have to be creative to survive the VR desert, where sales haven’t kept up with expectations. So Vander Caballero, founder of Minority Media and creator of the VR game Time Machine VR, has adopted a new strategy to get through the tough times.

Montreal-based Minority Media, which also created the groundbreaking PSN title Papo Y Yo in 2012, has created the four-player VR game Chaos Jump for virtual reality arcades. VR arcades are starting to thrive in places like China, and they may become a viable business for VR game developers who are awaiting broader adoption of home VR headsets. It’s a strategy that many developers are thinking about, but Minority Media is busy executing on it, said Caballero, in a talk and an interview at the recent MIGS 2017 game conference in Montreal. 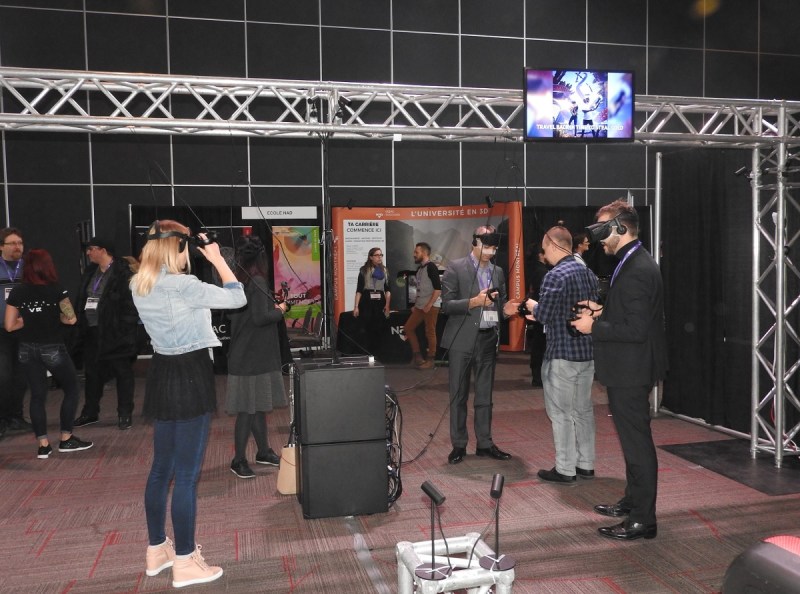 It’s as good a survival strategy as any, and some kind of strategy is in order because too many VR startups got funding under the overhyped hopes for VR from 2014 to 2016. When sales came out to be a pittance of expectations in 2016 and 2017, investors scaled back and stopped pouring money into every VR startup that came along. Some startups are failing. Some are getting acquired, and others like Minority Media are figuring out how to generate revenues.

“Some of us will die on the climb up the mountain,” Caballero said. “Some of us will reach the top. It’s growing slowly, and people are sad that it’s not picking up as they thought when there were crazy expectations. We’re in this period of people wondering, ‘Why do I need a VR headset?'”

Minority Media’s approach was always to create original content, coming from the days of Papa Y Yo, which was loosely based on Caballero’s alcoholic father. After the success of that game, cofounder Julian Barnoin and Caballero saw a demo of the Oculus Rift. They fell in love with it and got their hands on a dev kit. They started making games for it, and then Facebook bought Oculus for $2 billion in 2014. They wanted to make games for everyone. They didn’t want anyone to get sick, and they wanted it to be the highest quality. So they build Time Machine VR, which took players back to an undersea adventure with monstrous sea creatures.

Minority Media’s Time Machine VR, debuted in May 2016 on the Oculus Rift and the HTC Vive. It also came out later on the PSVR and Gear VR. It was only one of an estimated 30 games that cleared $1 million in revenues, hauling in $1.2 million. That was enough to keep the company afloat, along with grants from the Canadian government. The company was happy to have one of the few titles that got some traction, and it received good reviews regarding the game’s quality. The next game, The Other Room, also got good reviews, but it had almost no sales. 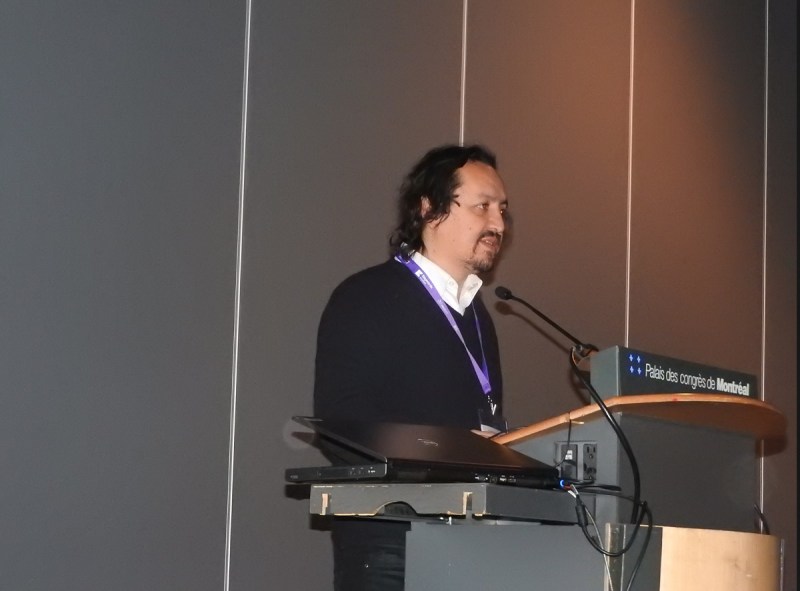 Above: Vander Caballero talks about VR arcade games at MIGS 2017.

“We learned that VR is a moving target,” Caballero said. “You get new technology every six months that may change your game or make it obsolete. Retention of users is hard, and they expect a lot of the titles to be free. The lifespan of games is maybe two months to three months.”

That was when the company entered into its period of “rage and despair,” along with the rest of the industry, Caballero said.

“During that time is when you get your greatest learning,” he said. “I asked why are we here. VR is such an amazing technology.”

He added, “Santa Clause is not happening. We asked if the potential of VR was misunderstood. It was like the 5-cent admission that movie theaters charged in 1905. Nobody wanted to pay. People didn’t get it. With VR, this is like a dragon breathing VR at small companies.”

But Caballero saw different patterns for VR in China, where people go outside of their homes for entertainment. His company partnered with D-Box, a maker of a VR chair, to debut the Time Machine VR in HTC’s Viveland Arcades.

In the arcades, players may pay something like $1 for 10 minutes, or less. They don’t have to buy VR headsets and laptops that together cost more than $1,500 just to get started.

Minority Media’s next title is Chaos Jump Squad. I tried it out at MIGS 2017 at a demo booth. It was an action-packed experience, where you have to go back in time, shoot a bunch of drones that attack you, steal a bunch of gold, and then escape with your haul back to present day. You can play both cooperatively and competitively with three other players at the same time. The one who makes it back with the most gold wins. It’s a sweaty experience that you can play in 10 minutes.

Caballero said this kind of experience could be a way to make arcade fans happy and generate enough revenue to make it through the period of rage and despair, toward “a new hope.”

As for the future of VR, Caballero believes we’ll use it to “buy memories.” A couple of friends will go to a simulation room and get the experience of climbing Mount Everest together. They’ll buy tickets, much like they do for The Void’s experience in New York, and get a full VR experience with things like motion-tracking rigs, tactile, walls, special effects, and a room-size experience. That is a turnkey solution, kind of like how arcade machine makers delivered an entire box to the arcades.

“That’s where it’s going to go,” Caballero said. “It will be more meaningful, with more haptic feedback, and motion sickness goes to zero. It will be realistic and easy to use.”