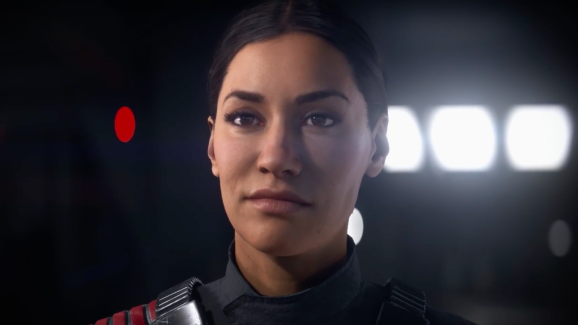 You will never find a more wretched hive of fun and lootboxes.

Fun fact: Four of our 10 most popular stories this year are about Electronic Arts’s Star Wars: Battlefront II situation (aka “CrateGate”) even though it just happened last month.

As part of our GamesBeat Rewind year-end event, we’re taking a look back at our top stories from this year. It’s a mix of guides, news about big franchises testing the massively multiplayer online waters, and peeks at in-game events such as hitting Prestige rank in Call of Duty: WWII. And, of course, lots of Battlefront II.

Big publishers continue to try to conquer the mobile market, and this time Square Enix is partnering with successful Mobile Strike and Game of War developers MZ to do so.

2. Magic: The Gathering is becoming an MMO by Mike Minotti

Cryptic Studios and Perfect World previously teamed up with Wizards of the Coast to make Neverwinter, and now they’ve got their sights set on a Magic: The Gathering massively multiplayer online role-playing game.

3. Zelda: Breath of the Wild tips: How to kill Guardians, climb in the rain, and more by Jeff Grubb

Some hints and tips for surviving Hyrule.

4. The Nintendo Switch can handle Doom with all its blood and guts by Dean Takahashi

It’s still a little weird to see Doom on the Nintendo Switch next to adorable games like Overcooked and squeaky clean fun like Super Mario Odyssey, but apparently it plays well with the hardware.

A behind-the-scenes look at the creative process of making a video game based on one of the biggest IPs.

EA tries to explain its loot boxes and its progression system, and people aren’t very happy about it.

The cosmetic loot boxes that could’ve been but for some reason never were.

9. Call of Duty: WWII — Here’s what happens when you hit Prestige rank by Dean Takahashi

An inspirational article about what happens when you hit the top level in Call of Duty: WWII multiplayer.

10. SuperData: Hearthstone trumps all comers in card market that will hit $1.4 billion in 2017 by Mike Minotti