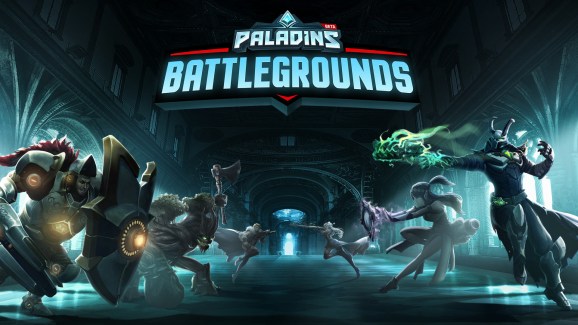 Paladins is looking for some of that battle royal magic. Hi-Rez Studios announced today that its free-to-play shooter is getting a new mode, Battlegrounds.

That’s a pretty on-the-nose name for the addition, which is clearly inspired by the huge hit PlayerUnknown’s Battlegrounds. That shooter for Xbox One and PC has 100 players drop into a large map as they scavenge for items and fight to be the last person standing. The game has sold over 10 million copies and has topped Steam’s concurrent players chart, and it was also our No. 4 game of the year. And it has also attracted imitators, including Fortnite’s free battle royale mode. Our own Dean Takahashi has predicted more will come in 2018.

Just like with PUBG, Paladins’ Battlegrounds mode will have 100 players fighting in a large map as they gather resources. There’s also a contracting fog that forces players into a smaller and smaller area of the world.

While PUBG and Fortnite support free-for-all and group modes, Paladins will focus on team play. The original Paladins is a team-based hero shooter, similar to Overwatch but free-to-play. The new mode will also be available for free. Aside from Paladins, Hi-Rez also develops the multiplayer online battle arena (MOBA) Smite.