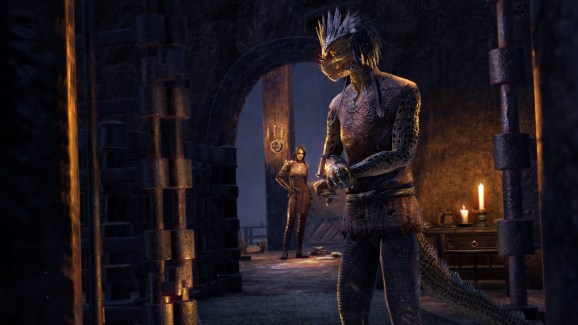 Don’t you hate it when your strongest outfit in a role-playing game also looks hideous? The Elder Scrolls Online players won’t be having that problem for long.

The massively multiplayer online role-playing game’s next big update, which will come out for free on PlayStation 4, Xbox One, and PC on February, is introducing some new features. Players will be able to customize their look while retaining the stats of different outfits. Other MMOs, including World of Warcraft, have similar systems. A paid Game Pack, Dragon Bones, will also release on the same day and give players access to two new dungeons, along with a battle with an undead dragon.

Elder Scrolls Online does not require a monthly subscription, but a Premium program gives players access to all extra content like this Game Pack. You can also buy it individually. Both paid and free updates keep players engaged, which is important for an MMO to stay healthy. Bethesda does not release player numbers for The Elder Scrolls Online.

The MMO launched in April 2014. It has seen many updates since then, some removing level-based restrictions for zones. The first major expansion, Morrowind, came out in January 2017. Dragon Bones will be the eighth Game Pack.