Microsoft today released a new Windows 10 preview for PCs with localization, Edge, shell, settings, and input improvements, among other additions. This build is part of the RS4 branch, which represents the next Windows 10 update the company has yet to announce (but we already know a little about).

First up, Microsoft has redesigned localization with this build — you can find your desired language pack via the Microsoft Store and Region & Language section of the Settings app. The company is also using AI and neural network-based machine learning for Windows localization to more frequently improve translations. The shell, meanwhile, has received better Quiet Hours, which can now be automatically set when you are duplicating your display (say, for a presentation), playing a full screen DirectX game, or based on a specific schedule. You can also set a priority list so that your important people and apps always come through. The other shell improvements are the addition of links to the Documents and Pictures folders in the Start menu by default and reliability fixes to Near Share. 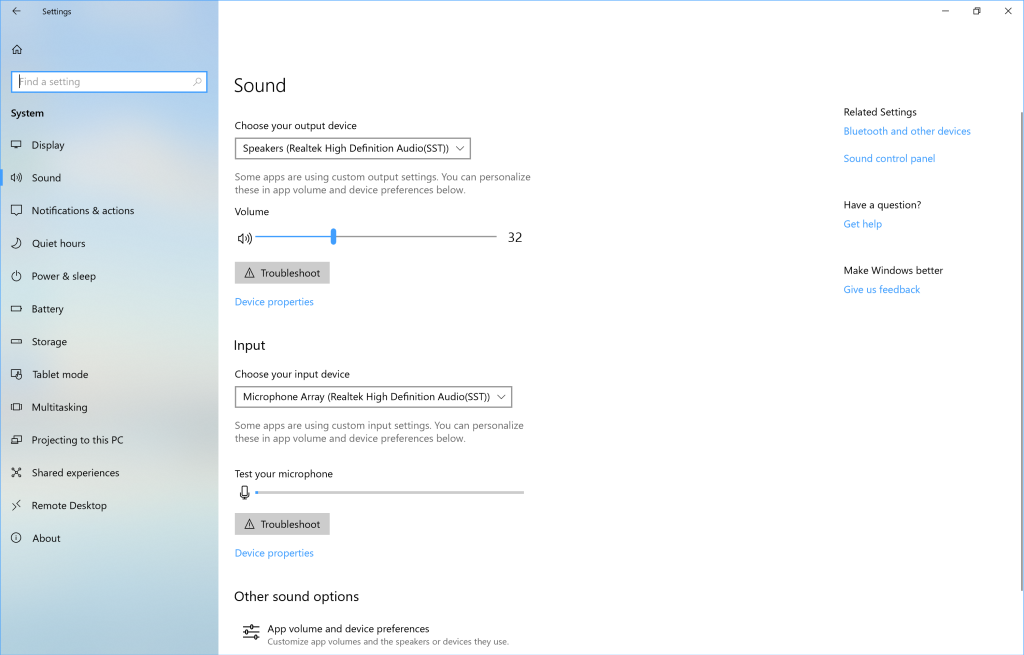 As for Settings, Disk Cleanup has been rolled over into Storage Settings, the Sound Settings page has received more design tweaks and helpful links, and About Settings now lets you copy your device name. Settings now also lets you manage app execution aliases (UWP apps can declare a name for launching from the command prompt).

Microsoft has added an Embedded Handwriting Panel, which brings handwriting input into the text control. Just tap your pen into a supported text field and it will expand into a comfortable area for you to write in and your handwriting will get converted into text. Speaking of handwriting, Windows 10’s handwriting capabilities now support Hindi, Welsh, Sesotho, Wolof, and Maori. Last, but not least, the Camera app can handle two cameras simultaneously and offers more resolution options.