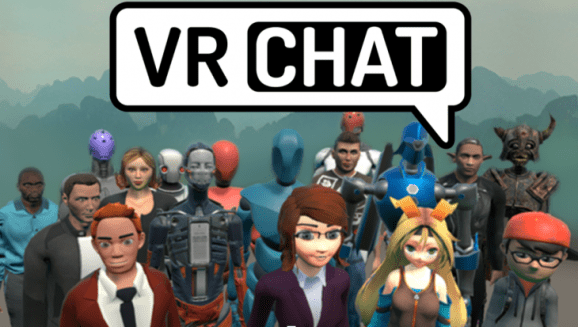 Social VR platform VRChat has vowed to tackle “disrespectful or harmful behavior” in an open letter to the community.

VRChat, which launched early last year, is one of many VR platforms that enables friends and strangers to meet up online and hang out. Unlike many other apps, though, VRChat has users creating their own 3D models to use as avatars and build new experiences via Unity. However, as the platform experienced “explosive growth” over the Christmas period, there’s been an increase in problematic behavior on the platform ranging from trolling to racism and sexism.

A snapshot of the troubling culture was caught by Oculus designer Katie Chironis earlier this week. A big warning, though: racist and sexual language can be heard throughout.

The language heard here is part of the ‘Ugandan Knuckles’ meme that has surfaced on the platform and made its way onto Twitter in the past few weeks.

In the letter the VRChat team acknowledged that it was struggling with “trying to maintain and shape a community that is fun and safe for everyone.”

“We’re aware there’s a percentage of users that choose to engage in disrespectful or harmful behavior,” the letter reads. “It is our top priority to address the quality of the VRChat experience, especially for new users, and our team will continue to work toward improving that. We have a trained and dedicated moderation team that monitors VRChat constantly.”

In addition, the team is working on tools that will allow the community to “better self moderate and for our moderation team to be more effective.” For now, though, the team recommends using the Mute/Block feature on those spewing offensive language or using the Mute All toggle to silence everyone but those on your friends list. You can report users with the Moderation Report Form, too.

This is far from the first time we’ve seen social VR platforms used for offensive behavior. In late 2016 tech reporter Taylor Lorenz wrote about her experiences with sexual harassment on AltspaceVR. Overcoming the hurdle of toxic online culture is one of the biggest challenges these platforms face.