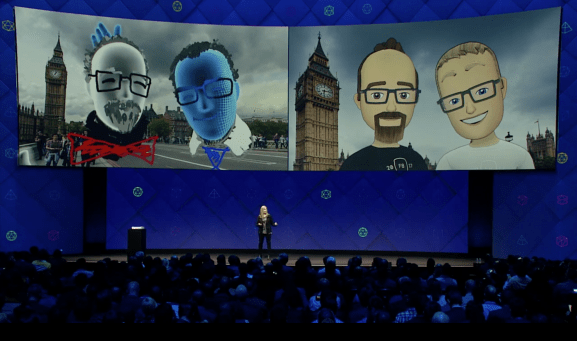 The early success of social VR apps like Rec Room and Altspace show us that social VR ventures need to focus on key drivers of human behavior as much as they focus on engineering and 3D UX design. Moreover, the rise and subsequent stagnation of Pokémon Go demonstrate the consequences of ignoring our innate desire to create and share with the communities that matter to us. This article features experts in human behavior and VR thought leaders who explain why understanding user motivations is key to long term success for social VR.

The first time anyone demos a HoloLens or Oculus Rift, they’re often astounded at a gut level by the experience of being in an immersive environment for the first time. However, the novelty can quickly wear off and leave new users disillusioned by the dearth compelling content in the marketplace. This begs the question: how do mixed reality content creators build experiences that will compel users to keep coming back for more? After all, without strong user retention, it’s impossible to build a social platform in any medium.

Yu-kai Chou is the author of Actionable Gamification and an expert on gamification and behavioral design. He expands on this point: “VR applications often focus on making the immersive aspect of experiences as compelling as possible, while ignoring the core human drives that compel users to return to the experience. Thus, users will often enjoy a few minutes of novelty, before claiming that they are ‘done’, because there is ultimately no social influence or strategy that incentivizes them to invest further time and energy.”

Chou continues, “Instead of trying to make VR experiences look as realistic as possible, creators should focus on best practices from game design. Does the user have a way of making meaningful choices? What options does the user have to express themselves? Are there competitive or collaborative ways of gaining social engagement? VR can really shine in this context if done correctly, because an immersive social environment enables a deeper level of interactivity involving facial expressions, body movements, and simulated eye contact. Empowering users to make meaningful choices of their own can incentivize them to continue investing in the virtual world you’ve created.”

Enable users to create for their ‘tribe’

The human race is inherently social and interdependent. Our brains have adapted to enable us to empathize with others, because collaboration has been historically crucial for our survival. As such, we’re wired to want to be part of a tribe and are rewarded when we feel included, valuable, and wanted by others. This explains the success of social media platforms in the past decade, which have tapped into these primal behaviors to create and share with our modern day “tribes.” Understanding the core human desire to belong to a tribe is key to building any social experience, virtual or real.

Nir Eyal is the author of the Wall Street Journal best-selling book Hooked: How to Build Habit-Forming Products. He expands on this point, “Pokémon Go was arguably the most successful virtual experience in history. Why did the craze peter out? Pokémon Go made it difficult to have shared experiences with other people. Much of the game’s focus centered on exploring your city on your own, hunting for digital monsters. That was fun for a while but got old quick. Had the game been more social, it would have maintained it’s appeal for longer. Yes, players could ‘battle’ complete strangers, but you couldn’t build relationships over time.”

Eyal continues, “to instill ‘rewards of the tribe’ into a social platform, creators must enable users to share content and experiences with people they care about in some way. Empower them to contribute in some way to gain recognition from their peers. People want to feel needed and appreciated by others. We see successful examples of this on Facebook amongst friends, LinkedIn amongst colleagues, and StackOverFlow for engineers. Creators should focus on how their experience can help users build social bonds over time.”

It’s natural for founders to want control over the things they’ve created. The psychological and emotional intensity required to build something new can result in founders standing in the way of progress or growth, because their creation is organically moving in an unexpected direction. However, when it comes to building social VR platforms, founders should learn to let go and, to a degree, allow users determine the future evolution of the community.

Gavan Wilhite is the founder of AltspaceVR, a social VR platform that Microsoft recently acquired. He asserts that “it’s important to be comfortable with the things that excite your community, even if you didn’t plan for it. We learned a lot from the Easter eggs and secrets in our virtual world. Some of these things were accidental and some were intentional. But the existence of these Easter eggs sparked curiosity among the users. How do you get onto the roof of this virtual building? Where is the secret photo of the team hidden in this level? Playing with mystery and serendipity helps to provide an environment for culture to emerge.”

Wilhite continues, “we applied this idea to how users can interact with objects and tools in the environment, such as marshmallows, hammers, swords, and mugs. Instead of focusing on giving these objects special powers, we prioritized enabling users to interact with them organically in a social and collaborative way – such as synchronized physics and being able to hand them back and forth. These objects became a means through which users could show off their juggling skills and offer gifts to each other, which led to unexpected uses and and a more vibrant community.”

Go cross-platform from day one

The VR industry continues to face the issue of scalability due to hardware and software fragmentation in the market. However, what makes a VR social platform successful isn’t just the quality of the virtual environment, but the strength of the social bonds that are possible through the product.

Dean Johnson is the Head of Innovation at Brandwidth, an Innovation Agency with nearly two decades of VR experience. He expands on the idea that “the social part is more important than the VR part, when it comes to communicating in VR. Facebook Spaces has changed the game by enabling people to conference call their friends’ smartphone devices, so that people who lack access to VR headsets can still experience virtual worlds – albeit externally. A social network is only as strong as the size of the network and the strength of the bonds between the people in it – regardless of the device being used to access the experience. As such, for social VR platforms to survive, cross-platform functionality should be built into the product from the start.”