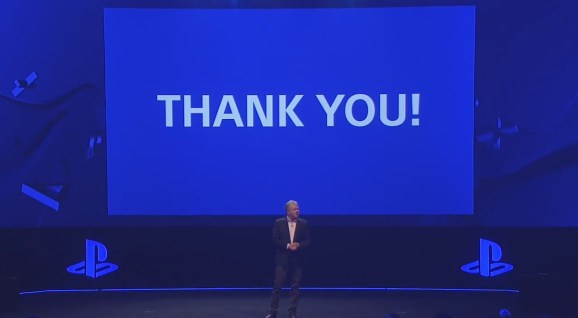 Sony Interactive Entertainment has a new deputy president. Jim Ryan, who previously served as president of Sony Interactive Entertainment Europe, has moved up to a new role under SIE president and chief executive officer John Kodera. Ryan has worked at Sony’s PlayStation division for nearly 20 years, and in addition to his role in Europe, he has also acted as the head of global marketing for all of SIE.

“I’m very happy and pleased to have Jim as deputy president,” said John Kodera. “Jim has more than two decades of experience at PlayStation and has a great record of success, including the successful launches of PlayStation 4 Pro and PlayStation VR that he led as Head of Global Sales and Marketing. With his deep knowledge around the game business and industry as well as his understanding of our own culture and strengths, I am confident that he will take our business to an even higher level.”

With Kodera moving into a hole left by Andrew House, who stepped down as SIE president in October, Ryan had an opportunity to move up. This puts him near the top of the PlayStation organization, and it establishes him as a strong potential heir if Kodera steps down.

“It’s a huge honor to be named a deputy president of SIE,” said Jim Ryan. “I’m looking forward to leveraging the experience that I have at PlayStation, both in Europe and also in leading Global Sales and Marketing, to support John Kodera as SIE strives to further expand the PlayStation business globally. Together with all our employees and partners, I’m committed to continuing to deliver unique entertainment offerings that are only possible on PlayStation.”

For fans of PlayStation, Ryan may have a slightly notorious reputation. He is known for opening up to the press, and he was widely seen as speaking for PlayStation as its head of marketing. But he is also the executive responsible for some of SIE’s recent unforced PR errors.

In June, during E3 (the Electronic Entertainment Expo trade event), Ryan annoyed longtime PlayStation fans by suggesting that no one would want to go back and play old games on a PS4. This was his response to asking if PS4 would ever get backward compatibility to enable people to play their older games on the system.

“I was at a Gran Turismo event recently where they had PS1, PS2, PS3, and PS4 games,” Ryan explained to Time Magazine. “And the PS1 and PS2 games, the looked ancient. Like, why would anybody play this?”

Of course, Ryan asked why anybody would want to play a PS1 or PS2 games even while Sony is selling new digital versions of those classics on its PSN store.

Also in June, Ryan seemed dismissive of indie studios, which is a group of developers that were supportive of the PlayStation 4 from the beginning. When GamesIndustry.biz asked Ryan why SIE doesn’t show indie games during its E3 stage shows after relying on those creators in 2013, 2014 and 2015.

“One of the things we have realized is that these video collages of ten indie games shown in a minute, is almost meaningless,” said Ryan. “Nobody can really learn anything about the games in that sort of time. It is almost viewed as wasted time.”

Again, this rubbed some fans the wrong way.

But while Ryan is good for quotes that are easy to pick apart, it’s his accomplishments and recent successes with the PS4 Pro and PSVR that have him moving up the chain at SIE. And that means we’ll probably get a lot more of him going forward.