Like GamesBeat managing editor Jason Wilson, I fell off of Civilization VI surprisingly early. But while Steam Workshop mods helped him sink more than a hundred hours into the game over the past couple of weeks, I’m waiting for the Rise and Fall expansion and its new Loyalty system.

Rise and Fall is due out February 8 for $30. As the name suggests, it introduces more ebbs and flows to your empire with more complicated eras that can go from the Dark Ages to Heroic Golden Ages. I am curious to see how this turns out because I distinctly remember a 2010 Game Developers Conference where Civ-father Sid Meier included the idea of “Rise and Fall” gameplay as an example of one of his biggest mistakes.

“There are times when I screwed up,” said Meier. “And I realized that my brain was too logical and scientific and I hadn’t really included a lot of the psychological aspects of what goes on in games. [A] bad thing that I did in the original Civilization was include this idea called Rise and Fall.”

In his talk, Meier explained that he thought the idea of building up an empire, experiencing setbacks, crumbling, and then coming back seemed like a cool idea. What he found out is that players could sense their downfall and would try to reload older saves to make different choices to avoid a setback.

“They would never experience the glorious re-rise that we had in mind for them,” said Meier. “Civilization [became] a game about progress with rise, rise, and more rise — and not so much the fall.” 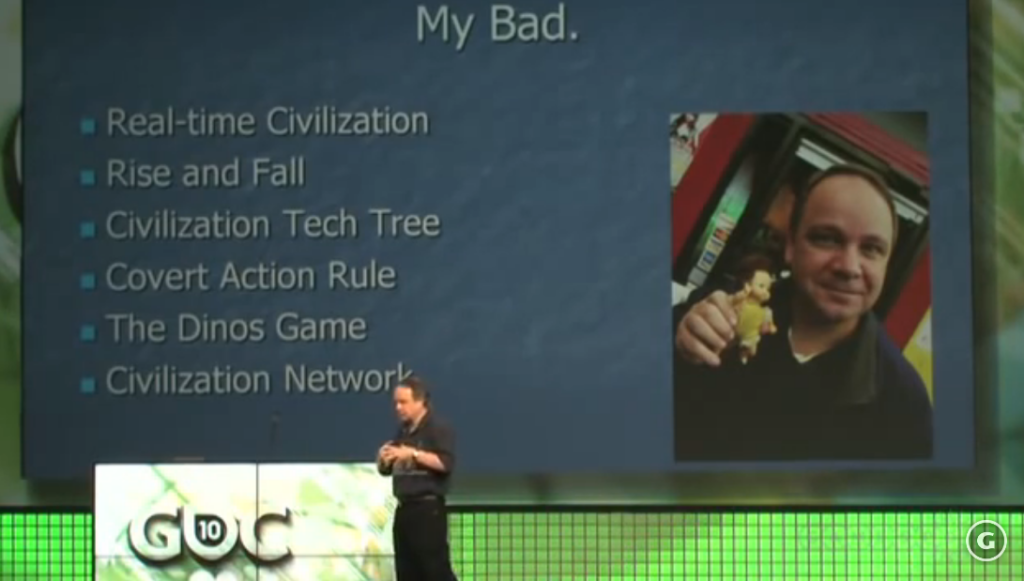 Above: I like that Firaxis is just looking back at Sid Meier’s mistakes for expansion ideas now.

Anton Strenger, the lead designer on Rise and Fall, has had a lot of time since that 2010 GDC talk (and even longer since the earliest days of the Civ series) to think about how to make players OK with losing progress. For example, players likely need to see obvious signs that the A.I. is going through similar challenges, which is one of the things previous Civ games didn’t do well (and why I often would reload old saves). But while I’m curious about that, it’s the Loyalty system that has me ready to preorder this expansion.

One of my favorite moments in the Civilization games was taking over a border city solely with my superior culture. I think it was Civilization IV, and after hundreds of hours of exploring, expanding, exploiting, and exterminating, it was thrilling to find a way to grow my territory beyond the use of military force.

Firaxis demonstrated the effects of Loyalty in a new video detailing Rise and Fall’s features, and you can check it out here:

The video and Strenger’s explanation in a blog post on Civilization’s website give a good idea of the ramifications of low Loyalty in your cities. If a city doesn’t feel loyal, it could secede and establish itself as a “free city.” If your city has extremely low Loyalty, another country could just outright overtake it.

Firaxis hasn’t detailed the exact process of building Loyalty or even the bonuses of maintaining a highly loyal citizenship, but Strenger is saying what I want to hear when it comes to his team’s motivations for reworking this mechanic.

“In previous Civilization games, there were ways to ‘Culture Flip’ another player’s city without military intervention,” said Strenger. “We felt it was time to reexamine this non-militaristic way to change borders and expand territory.”

My hope is that Loyalty requires a combination of art, music, and religions. For example, I think the first Civ to discover broadcast radio should get a big boost to Loyalty. Hell, I’d even want the option to set up pirate radio towers to beam my popular music, nationalist talk show hosts, and AM evangelists into border cities to hurt their Loyalty.

We’ll learn more soon about how all this works exactly, and I’m definitely going to show up to find out for myself. And I’m hoping it is enough to help me lose hours of my life “one-more-turning” into the night with a Civ game once again.