Microsoft has promoted Matt Booty, a leader in the Minecraft games business, as corporate vice president of Microsoft Studios, making him one of the top game executive reporting to his boss, Phil Spencer, executive vice president for games.

The appointment fills a key post within the games group after Microsoft CEO Satya Nadella promoted Spencer to executive vice president in a strategic role overseeing all games, game hardware, and game platform strategy at Microsoft. That promotion left the job of overseeing game development and publishing open, and now Booty has filled that post. It sets in motion a clear succession plan within the games business, and beefs up the company’s ability to move quickly in games, the executives said.

In an interview with GamesBeat, Spencer said that he will be in charge of the grand strategy for games, while Booty would be in charge of executing that strategy in games publishing. Booty will report to Spencer, while the rest of the studio chiefs will now report to Booty. 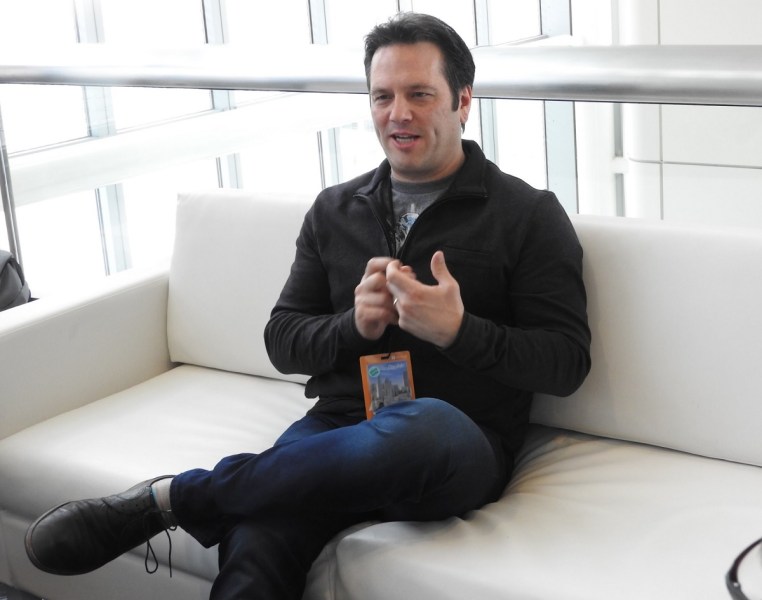 “I wanted to make sure we had the right organization in place to deliver on our content goals. With that, I made the decision that I wanted to anoint a leader of our Microsoft Studios organization, which if you’ve tracked it, I’ve had the leaders of our individual franchises reporting to me for the last three and a half years,” Spencer told me. “That’s been great in driving our all-up strategy and getting us to the point where Satya was willing and eager to make the investment in gaming that he’s made, but it’s also become very clear to me that we’re going to invest more in content, which we are doing, and that a unified studios leadership organization was going to be critical to our long-term success. I’ve asked Matt Booty to step up into the role of leading Microsoft Studios.”

Booty’s previous role was as the head of the global teams responsible for developing Minecraft. He oversaw Mojang, the Swedish game company that developed Minecraft and that Microsoft acquired for $2.5 billion in 2014. The Minecraft group will now be headed by Helen Chiang, who was Booty’s operations head, and Mojang will retain its current CEO Jonas Mårtensson. It’s worth noting that the Minecraft group includes more studios than just Mojang, which was started by developer Notch, or Markus Persson, who is no longer with the company.

In his position, Booty will oversee developing and publishing Microsoft games for console, PC, and mobile platforms. He will oversee other executives who are responsible for franchises such as Age of Empires, Crackdown, Forza, Gears of War, Halo, Killer Instinct, Minecraft, Microsoft Solitaire, State of Decay, and more. The role includes coming up with budgets, resources, and deadlines.

Booty’s organization includes 343 Industries, The Coalition, Mojang, Rare, Turn 10 Studios, and Global Publishing. Spencer said that Booty will be in charge of expanding those operations, as Microsoft is devoting more resources to its games business.

This means that Bonnie Ross (343 Industries), Shannon Loftis (Microsoft Global Publishing), Alan Hartman (Turn 10), Rod Ferguson (The Coalition), and Craig Duncan (Rare) will report to Booty. I asked if that was a little sensitive, as former peers will now report to Booty. But Spencer said that he spoke with each studio chief, and the consensus was that they wanted someone in the new role and that Booty was the person they preferred. Loftis runs a group which publishes games made by outside game developers. 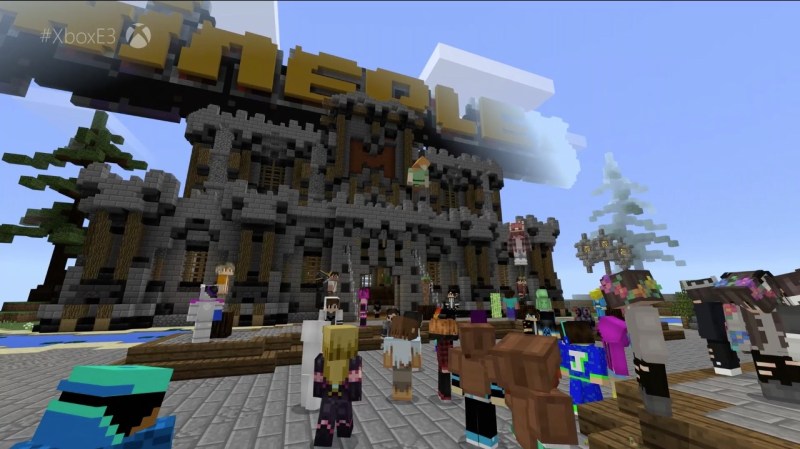 “It goes without saying, but this is an incredible privilege and honor, to step into this role,” Booty told me in an interview. “I really look at it first and foremost as an opportunity to serve and provide a leadership layer to the studio heads, so they can focus even more on making great games. I’ve worked as a peer with Bonnie and Shannon and Rod and Craig, and obviously very closely with Helen as the No. 2 person on the Minecraft franchise in Redmond. It’s a group I have a huge amount of respect for. It’s a world-class group of leaders and a world-class collection of studios. It’s a privilege to get in and help provide a layer of unification and collaboration across the studios, as we go forward helping drive the initiatives Phil talked about, getting behind the company’s vision for gaming.”

Booty played a role in the Mojang acquisition and the successful integration of the team into Microsoft Studios. Minecraft is now available on 17 platforms, including virtual reality, the Nintendo Switch, and the Sony PlayStation 4. It is a unique success among Microsoft game properties.

“He’s done an incredible job nurturing that franchise, both before we acquired Mojang and after, as Minecraft continues to grow,” Spencer said.

He started his game career in 1991 as an engineer at Midway Games in Chicago and went on to work as a programmer and game designer. While at Midway, he worked alongside the teams making classic games such as Mortal Kombat, NBA Jam, NFL Blitz, and Cruis’n USA, and contributed to some of Midway’s 3D graphics efforts in partnership with 3DFX and Nintendo.

In 2002, he became the general manager of Midway’s Chicago studio. He went on to oversee studios in Seattle, San Diego, Austin, Los Angeles, the United Kingdom, and Australia, and became CEO of Midway in 2008.

“Most important will be to get behind the idea that we live and die by the great games we make. Content is extremely important to our strategy going forward,” Booty said. “That’s the approach I have, to come into it as a service role, as an opportunity to provide a layer of leadership and help to the studio heads, so they can focus on making great games.”

Meanwhile, Spencer will be thinking big thoughts about games.

“Back in the fall, Satya Nadella, our CEO, made clear — both organizationally as well as far as importance — the role he wants gaming to play inside of Microsoft,” Spencer told me. “Consequently I became a member of the senior leadership team at Microsoft, which has been great. I’m learning a lot, and the conversations we’ve been having at the Microsoft level about the role of gaming have been inspiring.”

Spencer added, “As part of this, Satya asked us to think end to end about the role of gaming on the planet, the role that we can play with our content and services that we build, and the all-up opportunity that gaming affords Microsoft in the consumer space. He asked us to make sure we’re aligned to do our best work in this place.”

Booty said, “Overall, there’s a lot of exciting things going on here in gaming and at Xbox. Working in game studios has always felt like home base to me. I’ve been in games my whole career, primarily focused on working inside internal studios, going back to the days at Midway, and then coming here to Xbox. This feels a bit like getting closer to home, an exciting opportunity to get closer to how our games are made, and helping shape the future of where we go with our content teams.” 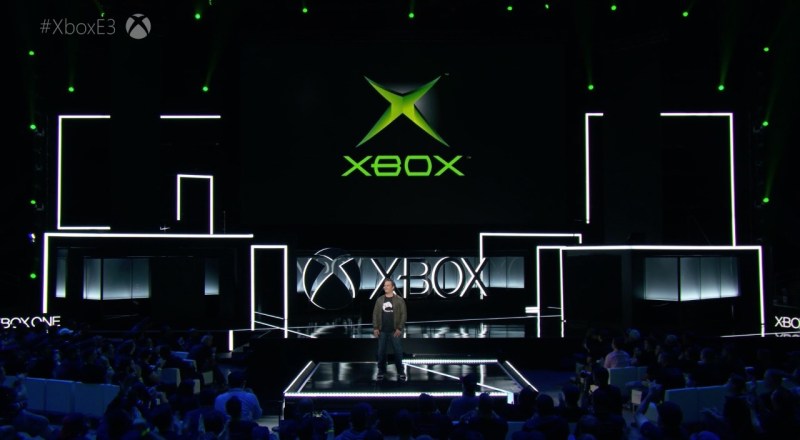 So is Booty a business guy or a creative guy? He responded, “It’s interesting that I’m sitting here with Phil. The first interview Phil ever asked me was, ‘Are you business, creative, or technical?’ I think my answer was a mixture of a lot of them. My early experience in games was as a straight game developer, writing a lot of game code, low-level code. It’s something I still do a fair amount of today. As the CEO of Midway I got a lot of exposure to the business side of games.”

He added, “On the creative side, I’ve always had a golden rule to stay out of the way of game teams as far as where they go with design and the craft of making their games. But at the same time, I think there’s a lot to be gained by supporting them and providing a layer of administrative help, really just a layer of operational help, so they can focus on making the game. My mantra has always been that I think I’m doing a good job inside a studio if the game teams show up to work and the only thing they need to worry about is making the game.”