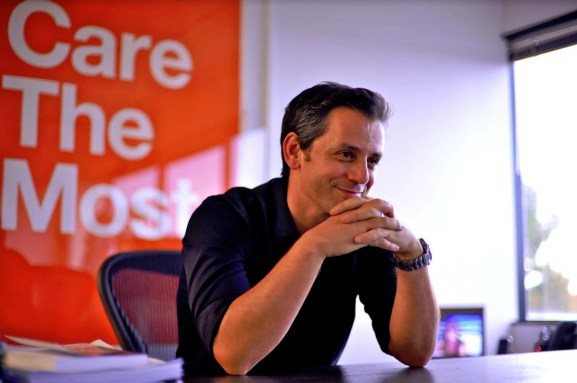 Eric Hirshberg, CEO of Activision Publishing, is bringing back Call of Duty XP.

Eric Hirshberg, the CEO of Call of Duty and Destiny publisher Activision Publishing, will leave his job after eight years in March. Hirshberg just announced to his team that he is leaving, and Activision has confirmed the departure.

“Serving as Activision’s CEO has been an honor and a thrill,” said Hirshberg in a statement. “This is an amazing company. One which routinely delivers epic experiences for our fans on a scale that no one else can. I have nothing but admiration for the incredible team I have had the privilege to lead. And I have nothing but appreciation for Bobby for giving me this transformational opportunity, and also for having the vision and conviction to champion a creative person for a leadership role on this scale.”

Kotick thanked Hirshberg for his service.

“During Eric’s tenure we’ve had historic performance and great successes,” said Kotick, in a statement. “He is an inspiring leader, and we will all miss his creativity and tenacity very much. He is leaving the team, the franchises and the business in a great place, and he goes with my full support and appreciation.”

Hirshberg has had a great run, and it is ending on a high note. As of December 21, Call of Duty: WWII and Destiny 2 were the No. 1 and No. 2 top-selling console games of 2017 in North America, based on revenue. Additionally, Call of Duty was the top video game franchise for the ninth year in a row in North America, and eight of the last nine years globally, based on revenue.

One of the biggest hits was Call of Duty: Black Ops II, which generated $1 billion in sales in 15 days. His team also doved into esports with the first $1 million Call of Duty Championship in 2011 and creation of the Call of Duty World League in 2015.

Part of what he brought to the job was a creative advertising executive’s perspective. Hirshberg wasn’t a game developer or game executive when he took the job.

The marketing campaigns for his games reflected that creative view. He helped the titles rise above hardcore gaming enthusiasts to mass audiences. Under the tag line, “there’s a soldier in all of us,” Black Ops commercials billed the game as one that any weekend warrior could play. The Modern Warfare 3 TV commercials promoted the game as playable by both veterans and newcomers, or “noobs.” These ads showed that creative marketing could elevate a game to the level of a cultural phenomenon.

Hirshberg said in an interview in 2012 that he believed games were not products, but brands. While people buy products, they “buy into brands,” he said.