The former creator of Mythic Entertainment’s The Dark Age of Camelot is back with a new game, and he has raised $7.5 million for the online fantasy game dubbed Camelot Unchained. The new game could feature as many as 2,000 players fighting in a battle at the same time.

Mark Jacobs still wanted to make games after he sold Mythic Entertainment, the maker of Dark Age of Camelot, to Electronic Arts for around $100 million in 2006. EA shut down Mythic in 2014, and Jacobs decided he wanted to create a new massively multiplayer online role-playing game (MMORPG).

The Kickstarter funds ran out as the game became a lot more ambitious. Jacobs put $5 million more into the project, and now he has raised $7.5 million from minority investors that include the principals of GF Capital Management & Advisors, a New York City-based private equity firm. The investors are the same ones that backed Mythic Entertainment many years ago. 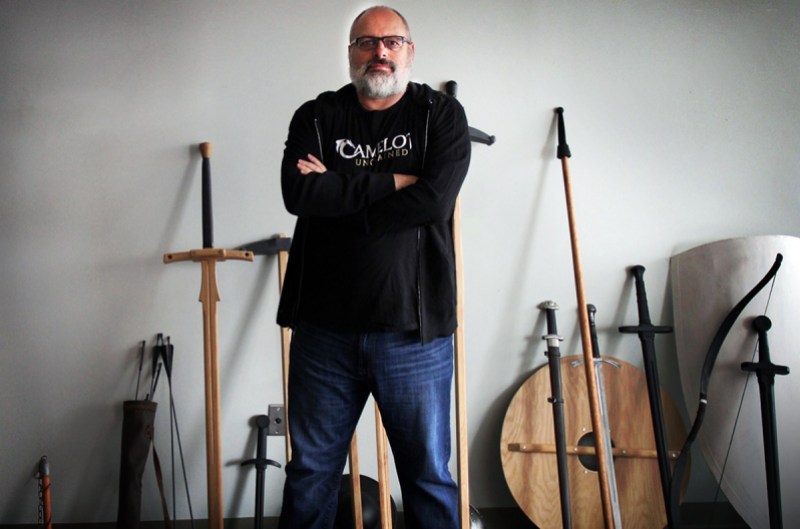 “We’re creating a game and engine that allow truly massive numbers of people to all interact together in a shared space, changing their world in meaningful and dynamic ways,” added Andrew Meggs, chief technical officer at City State Entertainment. “The most exciting part is seeing what they’ll do with that world.”

The company is based in Fairfax, Virginia, with a big office in Seattle. Jacobs was the lead designer and founder at Mythic, which made both Dark Age of Camelot and Warhammer Online. Meggs was lead engineer on Warhammer Online, and he also worked as a senior engineer on Bethesda Game Studios big hit The Elder Scrolls V: Skyrim.

The studio has 28 people. Interestingly, Jacobs said the game will not be free-to-play, as many MMOs have become. Rather, City State Entertainment will charge a subscription fee.

“We are going for a niche market, and we are not trying to be World of Warcraft,” Jacobs said. “We are not Final Fantasy. I think people will pay for what they want. We don’t need to do free-to-play. There’s more than enough interest to support this small studio.”

The game will have three realms, and each realm will fight the other. But Jacobs said he does not consider the game to be a spiritual successor to Dark Age of Camelot.

“We are not doing anything related to it, and we are also unchaining from the past of Dark Age of Camelot,” Jacobs said. “We are not bound to make a spiritual successor. We are doing what we need to make a game that users want. It’s a tri-realm, realm-versus-realm game.”

Jacobs said he was inspired while playing Guild Wars II. He wondered if it was possible to build a game engine that could support large-scale battles, with hundreds of players. The company has been tuning the engine, and it can support around 2,000 simultaneous players in a single battle now.

Jacobs showed me a video that showed more than 2,000 bots on the screen at the same time. Each one had a different color and behavior, to show that each was moving around independently. The physics runs on the server, making the game less hackable.

“We are an order of magnitude greater than other games, and we are running close to 30 frames per second,” Jacobs said.

The company expects to announce a beta test at the end of the month, and it will likely ship the game in 2019. The company will start porting the game engine to the consoles late this year or next year, but Camelot Unchained is not designed for the consoles. For now, it will be shipping on the PC.

“It’s really exciting,” Jacobs said. “Getting this additional money and working with the same investors from the Mythic days is terrific. It couldn’t have come at a better time, as this way I can immediately do recruiting.”