Veteran game publisher Brian Fargo and other game industry veterans announced a plan to shake up PC digital game purchases this week with the announcement of Robot Cache and its planned cryptocurrency, dubbed Iron.

Their idea comes amid a sometimes hot, sometimes not — but always volatile — market for cryptocurrency and blockchain startups. Fargo’s plan to stage an initial coin offering (ICO) raised a lot of eyebrows among the 1,400 attendees to the Casual Connect USA 2018 event this week in Anaheim, California, where blockchain sessions were quite popular. Fargo’s new company will create a digital PC games platform as an alternative to Valve’s Steam digital distribution service.

But Fargo plans to give game publishers and developers about 95 percent of the proceeds from game sales, rather than just 70 percent as Steam and others do. It will also pay them quickly in contrast to slow payments by the big app stores. Fargo hopes to leverage his relationships from 30 years of making games to sign up the major game publishers and developers, which, in turn, will help draw consumers to the new store. The hope is to take away some of the arbitrary power over game distribution from the platform owners.

I sat down with Fargo and Robot Cache chief technology officer Mark Caldwell at a party for the CoinAgenda event in Las Vegas, ahead of the recent CES 2018 tech trade show. We talked about cryptocurrency, blockchain, the hype around Bitcoin, and the chance to use the new technologies to disrupt the status quo in games. 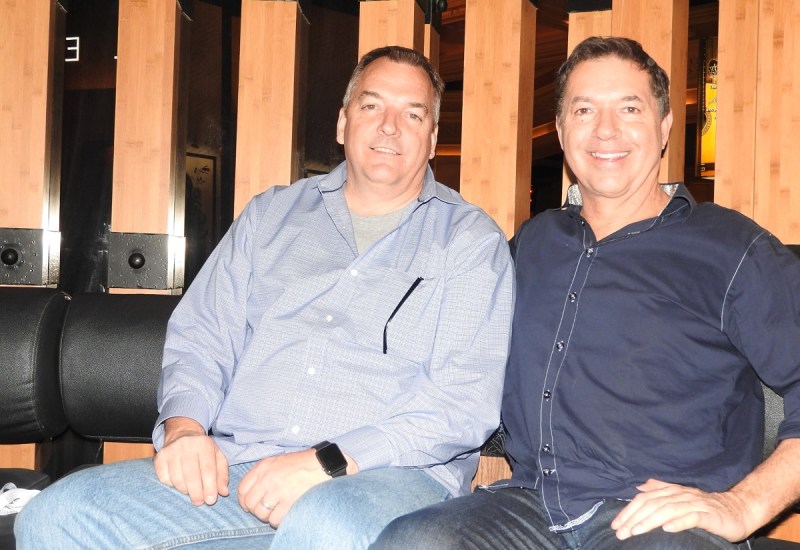 GamesBeat: So, is this a post-retirement thing?

Brian Fargo: Hey, I got a lot to do in the next three years. I have to make my biggest impact. I’m in a hurry. At inXile, we’re going to announce we have a new strategic investor, which is a huge deal, in the next week or two. You’ll want to know about that. It’s around a product. I have a particular piece of talent. It’s a new category we’re going into. It’s a pretty big play. But not as big as this.

I’m also doing an ICO with these guys. They’ve raised a bunch of money through the ICO market. I’ve known them a long time. We have all these video game guys who want to do something. We’re thinking about a play in the video game space, and I’m trying to get my head around this. Here’s my first conversation on the ICO. I said, “I don’t understand. What percentage of the company do they get?” Well, none. “Do they get a piece of the profits?” No. “What do they get?” They get a token.

In my business mind, it took me a while — it’s like a Dave and Buster’s, right? You’re giving the coins out.  OK, I get that. But it took a while to get my head around the process working. What you want, you want an economy. A single game makes no sense.

One of the things, in thinking about what the blockchain does well — it minimizes the need for a middleman. That’s one great part of it. I was reading about one company that — let’s say you want a logo made or contract programming. Normally, you farm the job out, someone does the work for you, and the middleman company takes 30 to 40 percent. Now, it’s five or 10.

That started me thinking about digital games distribution. Does it really take 30 percent to administer that business model? I don’t think it does. And the fact that there are other savings, other ways to make money. So, let’s decentralize the digital game store for PC. We’re going to pay publishers and indie developers 95 percent instead of 70. That gets everyone’s attention. The margin swing for a small indie is life and death. And for the big publishers, on a million-unit seller, that’s a $6 million swing. For fun, we ran the numbers on [PlayerUnknown’s Battlegrounds], and the swing was $300 million, something like that.

All the publishers I’ve spoken to, smaller developers, they’ve loved it, as you would imagine. There’s nothing to lose. But consumers don’t care that publishers are going to get an extra margin. How do I get them to come over to the service? Here’s the innovative thing: Thinking about GameStop, we’re going to allow them to sell their games when they’re done playing.

At first, as you can imagine, the publishers didn’t like this idea. But here’s the thing. It’s a secondary license. You control the price. You’ll get the same 70 percent you used to from anybody else, only this time, the consumer picks up 25 percent, and we get our typical five.

You think about a used car lot. Typically, I buy a car, and I’m stuck with it for life. But this one, I can actually sell on one of these days. That’s what I think is going to motivate consumers to come over. Lastly, when you come on to our site, you can opt in and mine for crypto. We’ll convert that into our currency, such that you might get three to five games per year for free, just by leaving your computer on at night, which most people do anyway. We’ll explain the electricity costs and all that.

That’s the big idea. I think it can be a big paradigm shift for how people look at the business. We’ve had a few film people interested because it’s the same thing. If you put your movie on Vudu, 30 percent. That’s the standard thing. When you’re done with a movie on Vudu, you don’t get to sell it to anybody. I think this could really shake things up.

GamesBeat: So, the token becomes a bit more valuable? Consumers are reselling games. Or would they always sell it for a used price? That price isn’t going to go up, right? There’s no reason for that.

Mark Caldwell: You have to think of it as — it’s still a new product. It’s not like you’re running off a VHS tape. When you buy it, you’re not actually buying it from Brian. You’re buying it from us. You’re giving Brian his token, and you’re downloading the product from us, just like the guy who bought the new game. For the new buyer, he doesn’t know if it’s new or used. He doesn’t care if it’s new or used. But he’s buying it with the idea that he can sell it. How we dictate what gets sold new or used is something we’re working out with publishers in general. But you’re effectively buying a brand new product. He’s just getting the ability to recoup some of the money he spent on it.

Fargo: Once you sell it, you’ll have our currency in the system. Theoretically, if our currency went up, that would be worth more. But we’re not setting it up to speculate. The idea is to have an economy — like GameStop. They do, what, 25 percent of their business on used-game sales? People like the concept of selling stuff when they’re done. We already know consumers are used to it. We’re tapping into that.

I don’t know that anybody’s ever set up a system where you can resell product like this. When I first started this conversation with publishers and developers, their first answer is always, “Hell no.” But as I take them through the controls they have and the percentages they get, the answer usually changes to, “That sounds pretty good. We might want to invest in that.” It’s exciting. I think it’s going to get a lot of play.

The other thing we’re doing that’s unique about the ICO is there’s a lot of regulatory — there’s no clear direction on this. We’re taking a very conservative route. It’s all going to be institutionalized, accredited investors only. We’re not going to have an ICO countdown token event where anybody can buy in. We want to avoid any of the potential issues because we don’t know where the SEC is going to rule later on. We’re taking a super conservative approach. Anybody that’s accredited can come in, but we’re not going to open it up for unaccredited sales.

GamesBeat: Have you heard of the Game Credits guys, their ICO? They had the same idea, taking 10 percent, but they don’t have the resale component.

Fargo: There’s a lot of ICOs where they say, “Once you plug in our SDK or our API, all these great things will happen.” But I know what it’s like being on the other side. If I need to tell my guys to drop an API in, we’re not doing it. If I get 95 percent? Now we’re talking. But with us, we even do all the work. We do all the wrapping. We have to make it super frictionless. Otherwise, we’re in the too-hard pile.

Caldwell: The idea is to set up the publisher portal a lot like iTunes. The publisher goes in, publishes their game on our site, puts in all the graphics, does everything they want it to, lists it for sale, and they go. They control the whole thing.