Telltale Games’s Batman: The Enemy Within has been uneven so far, but fortunately Episode Four breaks from the previous entry’s stagnation. Titled “What Ails You,” it’s action-packed and simmering with tension, winding the players up for the next episode, which will be the conclusion of the series. As always, the proto-Joker John Doe is the star of the show, and his relationship with Bruce Wayne reaches new heights of uncomfortable camaraderie. 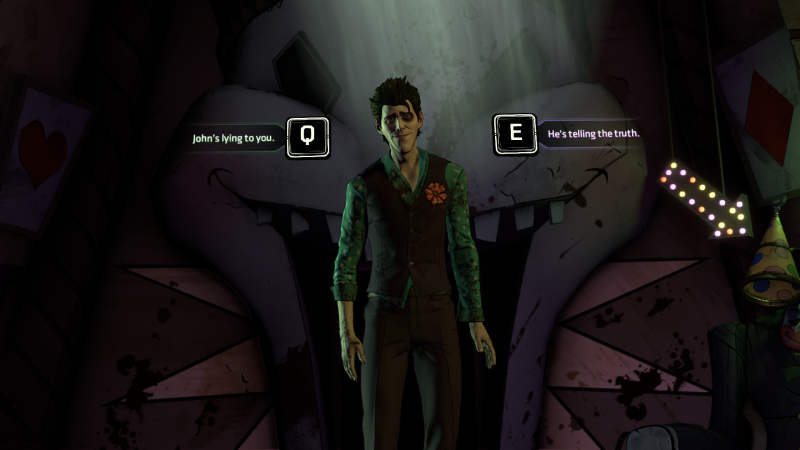 What would a Telltale Game be without one of your decisions coming back and ruining your life? In The Enemy Within, the stakes are highest when those choices have to do with John Doe. And he’s never been as unhinged or volatile as he is in this episode.

The plot moves along at a fast clip and it’s filled with plenty of action moments, all focused on making sure a deadly virus is locked safely away. Just as tense, though, is when John pleads with Bruce and asks him if you ever were his friend. It’s a little heartbreaking and very disturbing to witness him veer from fury to despondency and back again. The effects of your duplicitous relationship with him are laid bare. He throws your words back at you. You feel sorry for him. And you’re scared, because you know just what he’s capable of.

This episode makes it plain that he has the capability for senseless violence, but a strong case can still be argued for his value as a strategic ally. Whatever you decide to do in conversations with him truly feels like you’re aiming a gun and pulling the trigger, and you have no idea whom the bullet will hit. 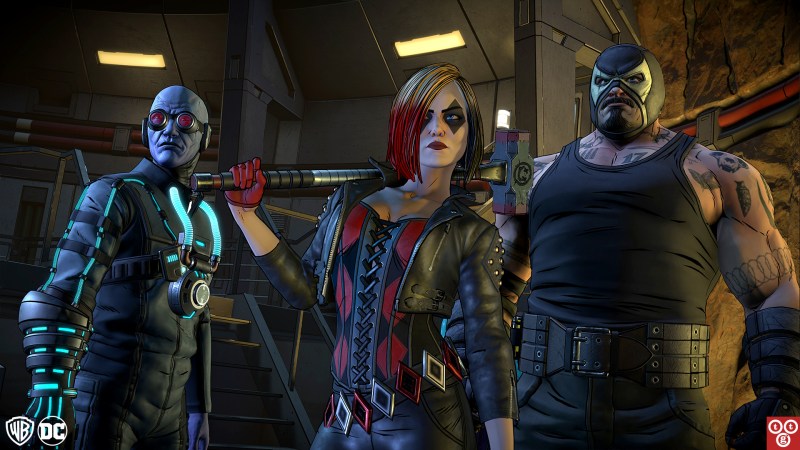 Adrenaline-fueled quick-time events are back, and they’re tenser than ever. In one battle, Batman faces off against Bane and Mr. Freeze at the same time, forcing you to choose how to engage them and which one to prioritize. Aside from Telltale’s titles, I don’t actually remember the last time I was presented with a quick time event (QTE), and the way this episode uses them is optimal.

The scenery factors into some of the fights, ramping up the urgency of landing your hits. These battles were a welcome addition to what felt like a tightly edited down episode. Some of Batman’s moves are fairly vicious, and it just adds to the feeling that all of this is coming to a head in the next episode.

A change of scenery Not that I didn’t particularly like the Pact’s emo subway hangout spot or Batman’s broody cave, but John’s new psychedelic funhouse is so much cooler. The Enemy Within has been fairly drab so far in terms of aesthetics. This all changes when Bruce goes to the carnival to meet with John. It’s filled with sinister swirls and dripping with acid-trip neon colors.

We haven’t spent much time in any of the new locations that have been introduced, and we likely won’t return to John’s funhouse. But it was a neat addition to Telltale’s world, invoking the specter of the Joker’s madness and the horrors of The Killing Joke graphic novel, which features another, more gruesome tour of the carnival.

Linear storytelling with some loose threads

Like in previous episodes, I still felt like I was being ferried from location to location. Very little investigation was required, and often an item I needed to move forward was only a click away. Bruce can’t even walk around most of the time, because he’s locked into certain camera angles of the environment. However, this wasn’t really one of my main concerns from this episode.

I still feel like some of the elements are disparate. For instance, Alfred’s health problems and the question of Lucius Fox’s daughter Tiffany. I’m glad both of these characters are in the game, but the conversations with them don’t feel very impactful. When it comes to Alfred, he may possibly be suffering from post-traumatic stress disorder from the events of the first game and Lucius Fox’s death. However, you’re never truly offered the option of prioritizing Alfred over your mission, so it seems like he only serves as an allegory for how vigilantes always hurt those closest to them.

As for Tiffany, it seems like she may exist simply as a potential casualty of Batman’s quest for justice — and that’s about the extent of it. She may become more important in the last episode, or perhaps she’ll have a bigger role to play in the sequels. It’s a minor quibble, but I’d like to see her used to better effect.

What Ails You is the strongest episode so far, giving Batman: The Enemy Within a much-needed injection of verve as it speeds toward the conclusion of the series. In all the previous entries, John has always been the most fascinating character, and it will be interesting to see what kind of ending Telltale has in store for him. In the standoff between Harley Quinn, Batman, and the Agency, he’s the unknown factor that always keeps things exciting. However it shakes out, I’m looking forward to seeing whether he becomes the villain Joker after all — and what role Batman plays in that transformation.

Batman: The Enemy Within Episode 4 comes out for PC, Mac, Xbox One, PlayStation 4, iOS, and Android on January 23. Telltale Games sent us a code for this review.