Disneyland was a good place to check out the diversity of the game industry. I attended the Casual Connect game conference last week at the Disneyland Hotel in Anaheim, California. The event had a whole track dedicated to diversity issues in partnership with groups that included United in Diversity, Leadership for Diversity, and Contagious Creativity.

The sessions were lightly attended, but I thought they were loaded with powerful and moving messages for the leaders of game companies. The gaming, tech, and film industries have had huge wake-up calls on the issue of sexual harassment in recent months, but the main diversity panel argued that corporations need to address the root causes of the problem with authentic and creative leadership. The panel focused on how to transform a company’s culture from within to be more inclusive.

Here’s an edited transcript of the panel.

Nicole Lazzaro: Leading for diversity is an inside job. It’s becoming aware of our inner selves, because that’s where leadership starts. How many people have known someone that’s in transition between male and female, or Muslim to Catholic, or Orthodox to atheist? We’re all in transition, in a sense, as leaders. We’re always in transition from the leaders we were to the leaders we want to be. I’m honored to share the stage with five leaders dedicated to transforming the people and the culture around them to be more inclusive.

We have Jon Ramer from Compassion Games, who is leading, around the world, an effort to make the world a more compassionate place. We have Carrie Dieterle from Insomniac Games. She’s a head of HR there. Ed Fries from, formerly, Microsoft, and now working with the IGDA Leadership Foundation. And we have Robert Peloquin from Nielsen, who’s going to talk to us about how Nielsen is creating a diverse culture.

For the panelists, if you could each share for a moment — what makes you so passionate about being on this panel today? 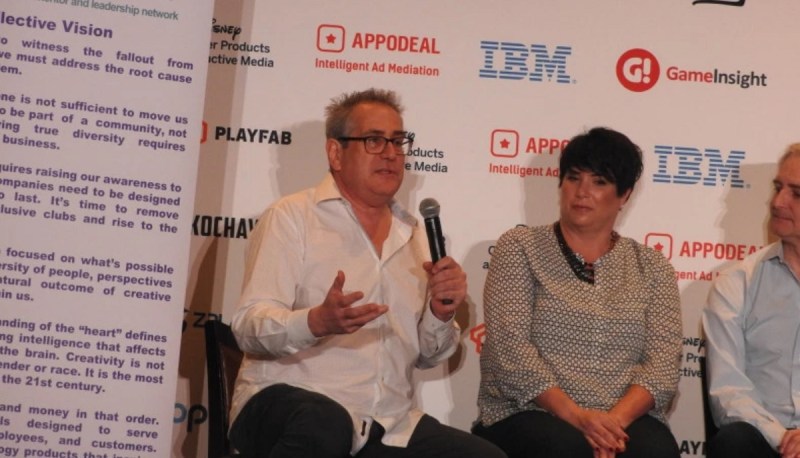 Carrie Dieterle: We were having breakfast this morning, and this group had not met yet, but we were starting to share some stories. In preparation for this panel, I was really thinking about why I’m so passionate that we are treating one another as human beings, with kindness and respect. It goes back to before I had a career in HR. My family owned a business. It dealt with the public. I joked with the group — or not joked — I was 30 years younger and 30 pounds lighter, and yet my uncle, who was part of the business, didn’t think I was attractive enough to be in front of customers.

That stuck with me for the rest of my life, because he didn’t judge me on my capabilities. He looked at what his ideal was, in terms of my physicality, and that was going to dictate my role in my family’s business. I think that even from that beginning, I realized that I wanted to do things differently, and I would never look at anyone based on their appearance and make that judgment. That inclusivity has stuck with me through my career.

Jon Ramer: I woke up today and I realized that I’d never been in a world like this. I mentioned to you, in the news — Laurence Fink, from Blackrock — if you haven’t seen this yet you will, sending a message out to all the companies that Blackrock invests in, that making money is no longer enough for business. Business has to take responsibility.

We’re in a new world. I feel like we’re in the middle of a cultural earthquake. How men and women relate to each other, how we deal with diversity in a different way, how we celebrate our difference. The Chinese say that if we don’t change our direction, we’re likely to wind up where we’re heading. For myself I remember—there was a person I hired years ago, and I remembered she came for the interview with a see-through blouse on. I was thinking, my God, is this why I hired women all these years ago? No longer is it okay to operate in this kind of ignorant space.

Talking for myself, I’m grateful for the fact that we have such a topic at a conference like this. But then, when you see how many people show up, it’s a tough subject. How do we make these choices and recognize that our choices really do matter, and have an impact on people’s lives? I’m here as part of a conversation I think all of us are in. It’s a blessing. I thought I would be here one day, but until yesterday I didn’t know it would be here today. I’m grateful for the fact that this is happening and that I’m with a remarkable group of folks that I want you to get to know better, who’ve been in leadership positions.

One of the things we recognize is that leadership isn’t just C-level leadership. We’re talking about leadership from within. I’ve been fortunate, working with indigenous population, where they say that authenticity grants authority. The guiding principles in all the work we’ve done with Compassion Games is that, starting from within, working in a circle, in a sacred manner, we heal and develop ourselves, our relationships, and the world.

We need a new world, especially for future generations looking to us, who have the influence and authority to make choices. We need to think differently about how we relate to each other. I’m humbled by the fact that we see these changes happening right now.

You see that same thing in games. Games are getting many more diverse characters, and so we get the natural pushback of Gamergate and things like that. But that just shows we’re headed in the right direction. I’m optimistic about where we’re going. 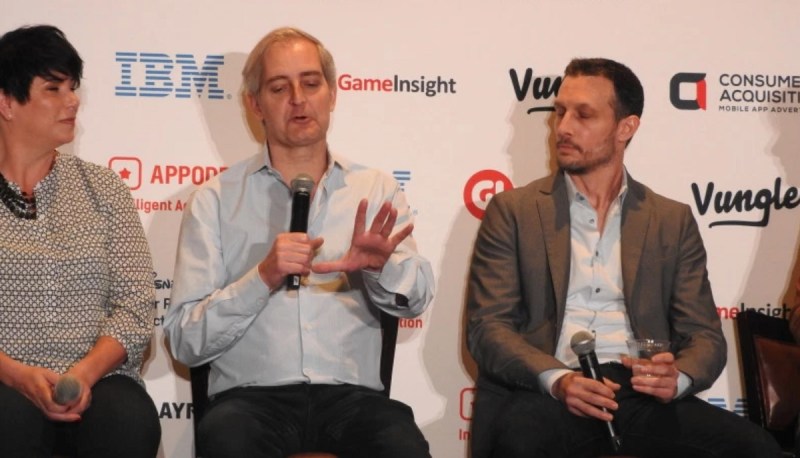 Robert Peloquin: I think I’m passionate about this topic because of how my attitudes have changed. Growing up in a small town, and then moving out and traveling the world, I saw my attitudes completely change as far as the way I saw the world.

I think we all live in a bubble. Some of us have a small bubble and some of have a giant bubble and some of us are medium-sized. I noticed that the bigger my bubble got, the more diverse my bubble got, I felt like I became a better person, a more empathetic and happier person. I’m really passionate about this. Nielsen has done a lot to show how much diversity can affect a company and organization.

To your point about leadership, I really think it is, whether you’re C-level or just an employee who’s not managing anybody, everyone can lead. Everyone you speak to, how you treat people, that can have profound effects. To Carrie’s point, a conversation 30 years ago can still be significant now.