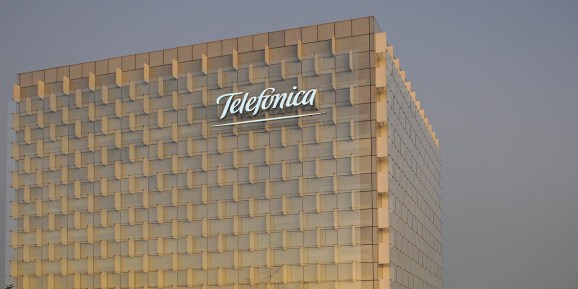 Telefónica, Spain’s largest mobile carrier, announced today that it will begin the 5G rollout process this year by transforming two Spanish cities into “5G living laboratories.” Under the 5G Technological Cities Project, Nokia and Ericsson will work with Telefónica from 2018 through 2020 to develop initial 5G capacity, deployments, and use cases to benefit both citizens and companies.

Segovia and Talavera de la Reina will be the lucky early recipients of 5G technology; each is notably much smaller than Spain’s best-known cities and thus more manageable for full-city testing. Telefónica notes that its rollout will give priority to citizens — rather than companies — by deploying 5G throughout urban centers in a way that will help the cities develop new industries and increase tourism.

Telefónica expects its 5G implementation to include 1-10Gbps speeds, 1-5ms latency, and up to 100 times more connected devices on the network. The wireless performance is expected to surpass in-home fixed fiber broadband by up to 3 times current speeds. Some of Spain’s expected benefits from 5G are connected vehicles, VR/AR tourist services, improved gaming, popularization of IoT, improved rural access, telemedicine, industrial automation, and remote control of everything from drones to mission-critical equipment.

Bowing to the reality that 5G standards are still in the process of being finalized, Telefónica says it will begin by introducing 5G hardware and services that depend on a 4G infrastructure, and then move to a standalone 5G network. Consequently, some of the improvements will boost performance of existing 4G/LTE consumer hardware, as they will be optimizations to the existing 4G network, while others will require and demonstrate larger gains on completely new 5G hardware.

Telefónica’s announcement in Spain comes only days after Japan’s largest carrier, NTT Docomo, set a 2020 rollout date for 5G. It’s the latest sign that cellular providers around the world are all officially firming up their 5G plans; South Korea’s top carrier, SK Telecom, is reportedly “vying to be the first with a 5G service … as soon as possible,” while second-place rival KT is planning a 2019 commercialization of 5G. By contrast, the rollout of 5G in Malaysia — a country that has not yet laid the groundwork for the new technology — is now expected in 2022 or 2023.

European 5G announcements are anticipated at and ahead of next month’s Mobile World Congress in Barcelona, Spain. Germany’s Deutsche Telekom expects to have a full 5G network available in 2020 and is starting to lay the foundation this year. It is already planning to offer 5G services in conjunction with businesses and governments, paying for new 5G infrastructure hardware such as parking lot sensors in exchange for a cut of the fees generated.