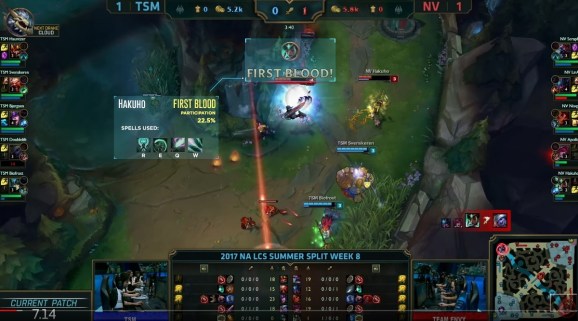 Esports One helps parse what is happening in a fast-moving esports match.

Esports One has raised $3 million to provide AI-based analytics for esports fans. The goal is to help solve one of esports’ biggest challenges: The action unfolds so fast that it’s hard for spectators to know what’s going on in a match.

The Los Angeles-based startup said it uses computer vision, machine learning, and custom analytics to help esports enthusiasts understand in real time what is happening in an esports match. The beta test is available today.

XSeed Capital and Eniac Ventures led the round, with participation from Crest Capital. Esports One uses proprietary computer vision technology, machine learning and custom datasets to provide real-time information for fans. The financing enables the company to continue to scale operations and hire more people. Esports is expected to grow to $2.5 billion by 2020, according to market researcher Newzoo.

“The close of our $3 million seed round is just the beginning. We’re continuing to make key hires, expanding operations and offices along with the upcoming launch of our esports podcast,” said Esports One CEO Matthew Gunnin in a statement. “We couldn’t be more excited to have the backing of our investors. Their support will be pivotal as we get ready to expand games and execute on our biggest launches yet.”

Today, the majority of esports data companies rely on third-party game publisher applications programming interfaces, which are often restricted, unreliable, or just non-existent. Esports One uses computer vision technology to capture what is happening in a live broadcast real-time. It takes machine learning technology to understand what is happening, and then it generates real-time information to display to the viewer.

“This audience is groomed to expect the most advanced, competitive, and customizable technology,” said Eniac Ventures general partner Vic Singh, in a statement. “We are excited to support an industry veteran and a technology platform with computer vision and machine learning capabilities that bring esports spectators a deeper, more engaging experience through real-time data and analysis, a key missing ingredient in the viewing experience today.” 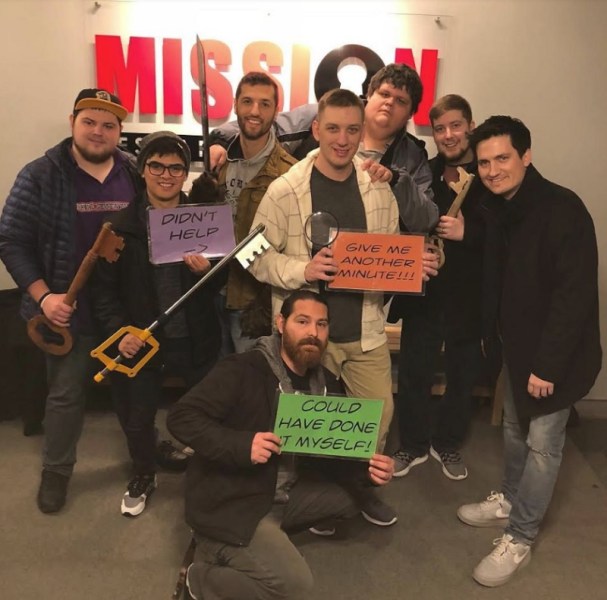 Above: The Esports One team.

Users have control of what information they want to see during each game, ranging from a player’s history against their opponent, farming efficiency, player positional tracking, previous head-to-head results, objective tracking, prediction models and more.

“Esports One is using cutting-edge technology to focus on what, we believe, is the most important aspect of the market, the spectator experiences,” said XSeed Capital partner Damon Cronkey, in a statement. “The Esports One team’s skills and category authenticity are undeniable and critical to their ability to understand the needs of the expanding esports community.”

The Esports One data will be available to fans in partnership with Twitch Extensions, which are meant to enhance viewing experiences, said Mark Candella, director of strategic partnerships at livestreaming firm Twitch. He said the combination of Esports One and Twitch “significantly improves broadcast quality.”

In an email, Gunnin said, “Anything that is shown on the screen can be captured by an observer as well as computer vision. Where Esports One begins to shine brightest though is when it comes to the capturing of hundreds of data points up to every 30th of a second across thousands of broadcasts simultaneously and then analyzing each metric independently to produce data points that better tell a story as to what is occurring on screen. Being able to see a real-time comparison of a player’s in-game performance to that of similar players and where they differentiate is game-changing. The ability to know how often a player wins their match-up after securing the first kill before the five-minute mark provides an entirely new level of engagement and interest for the viewers. Where traditional sports may require multiple data analysts to produce a small sampling of production quality statistics, at Esports One we’re bringing automation to the forefront and bridging the gap between the fan and real-time engagement.”

Esports One has five employees.