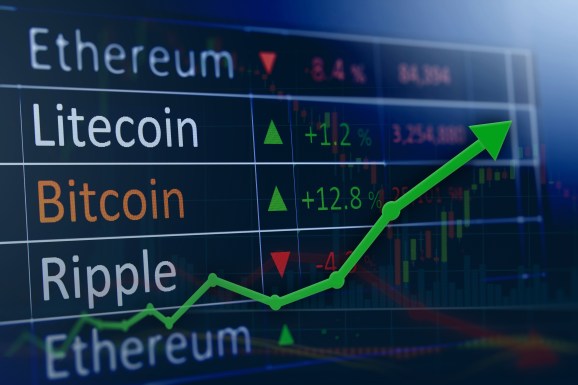 Cryptography and security scientists recently reported that the top four miners in Bitcoin are currently controlling more than 50 percent of the hash rate. And for both Bitcoin and Ethereum, less than 20 mining entities are determining the entire blockchain for both.

In part, blockchain held the promise of democratizing the investing process by placing crowdfunding directly at its heart. But while the rapid digital pace of initial coin offerings (ICO) is starting to overtake the traditional investment cycle of formal business plans, banks, and VCs, investors are still getting shut out, even as blockchain is bubbling up everywhere, from the game and entertainment industries as well as health care, education, and payment networks.

“The reasons for this are simple,” says Evgeny Perikov, Founder of OnPlace, a team of cryptocurrency and investment industry experts. “The same economic laws operate in a world of cryptocurrency venture investments just as in the sphere of traditional classic startups: 90 percent of all beginnings are going to be closed.”

And it’s happening for all the same, very ordinary reasons — lack of financing, absence of necessary experience and skills in the team, or even just the irrelevance of the product or service in the market.

But that’s not much of a comfort to those investors who feel locked out of the bitcoin community. OnPlace recently announced that they aim to bring democracy back with the launch of their ICO strategy, designed to create a decentralized investor community for customers. OnPlace will focus on creating opportunities for investment into the funds of the fastest-growing private tech companies around the world, with low entry thresholds for the average person to access. The company plans also provide tools for investors to trade assets independently.

“We can say with absolute certainty that investment into private IT companies has become one of the most reliable ways to get a high return percentage on investments in a relatively short period of time,”Perikov claims.

Their plan rests on their tokenization protocol, called the Private Assets Tokenization System (PATS), which transforms shares into tokenized smart contracts, guaranteed to be secure and establish customers’ shareholder rights.

“The primary challenge for the OnPlace team’s development of the protocol tokenization of investments into the shares of successful private companies was to create a universal and scalable instrument,” says Perikov. “The use of the PATS protocol solves the issues around the OTC investment field by securing and standardizing a channel of account management based on smart contracts.”

The protocol first establishes a marketplace opportunity window (MOW).  The community of crypto-investors will select a variety of eligible projects to be tokenized, and established PATS tokens are distributed. To ensure that control of the tokens remains decentralized, the tokens are supported throughout their life cycle.

The company says that all financial data will remain transparent throughout the investment process, and that they’re working to ensure the exiting process and liquidity of an asset will be seamless for customers.

Barrier to entry is low with the PATS protocol; while private company shares often require a minimum investment of up to $10,000, OnPlace’s protocol offers a $1 minimum to jump on board, as well as transaction fees of about 0.05 to 0.2 percent.

This, plus decentralization of the audit, the inclusion of all investors in the decision-making process — through the integration of management principles directly into the asset itself — and ease of entry and exit is what will open the OTC asset investment process to everyone looking to get into the cryptocurrency game, says Perikov.

The company is set to launch its TGE (pre-sale) next month, and have their coins in circulation by August 2018.

OnPlace was founded in 2016, and now has offices in Moscow, the U.S., and Hong Kong. Their alpha version of their Ethereum Blockchain Contracts, with a closed alpha for early investors, attracted over $1M.