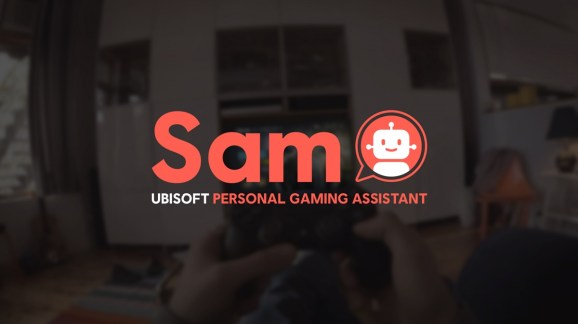 Ubisoft is launching a chat bot named Sam to keep you engaged with games connected to your Ubisoft Club account. Sam works with voice commands or text chat messages on your phone, and it provides answers to your everyday gaming questions. In response to your queries, the iOS and Google Play app can tell you about the definition of insanity in Far Cry 3 and tell you if you can pet cats in Assassin’s Creed: Origins.

The app goes into a beta test today in Canada, and it will expand to more markets over time as it is refined, said Charles Huteau, creative director of Ubisoft Club, in an interview with GamesBeat in San Francisco. Ubisoft’s team in Montreal worked on the bot for the past year, incorporating natural language processing through the Google Cloud technology. 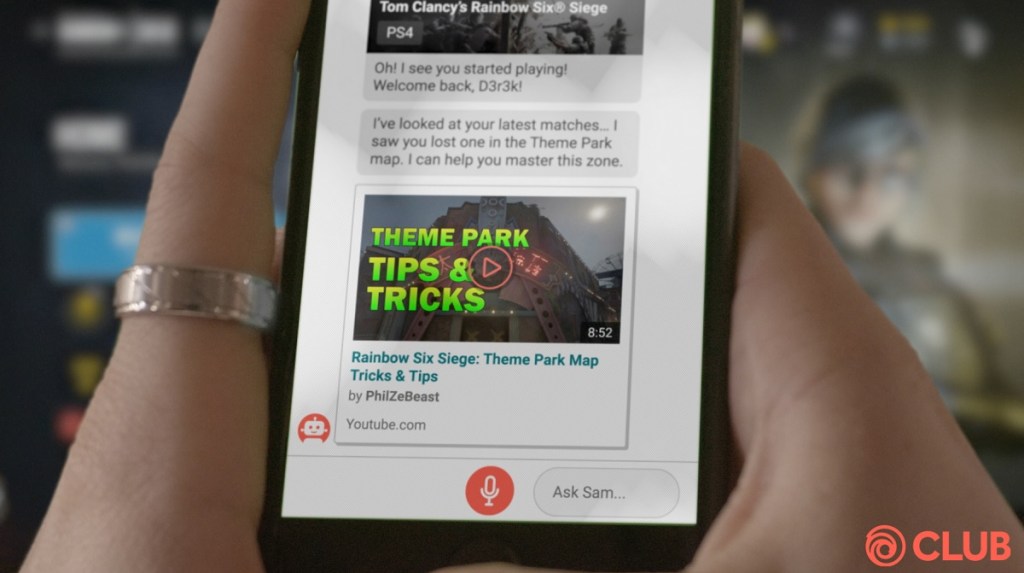 Above: Sam’s answers are curated by Ubisoft developers.

Sam will be free. You need a Ubisoft Club account to use it. When you log in, Sam can greet you and send you notifications from your games, such as your Rainbow Six Siege weekly challenges. You can earn Ubisoft Club points and spend those on rewards such as weapons, skins, and sound tracks.

“Now we can understand what you are asking, using voice or text,” Huteau said.

Sam is based on the Sam Fisher character from the Tom Clancy franchise, but, sadly, the chat bot’s voice isn’t based on the character’s voice. Sam came from a hackathon that Ubisoft’s developers held in Montreal last year. 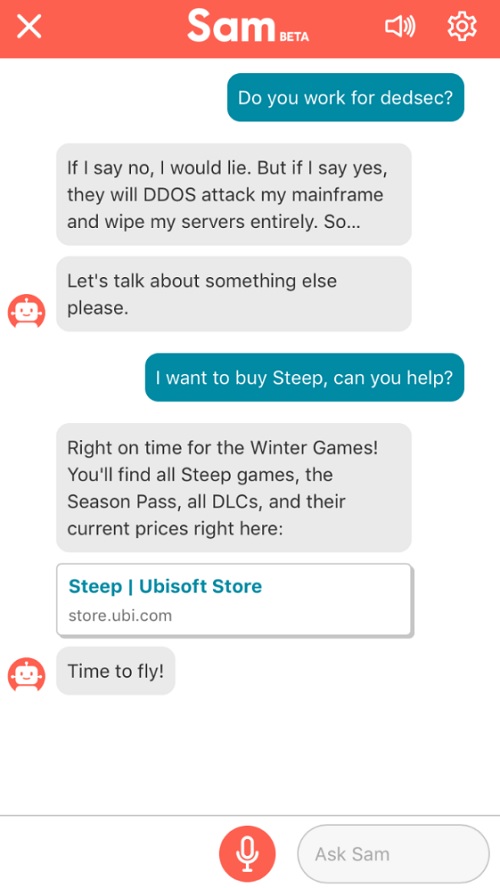 Above: Sam comes up with funny answers to game queries.

Sam isn’t always listening. When you press a button on your smartphone, you activate the bot and then can ask it commands. When you log in to Sam, it tells you how many Ubisoft games you’ve played, the challenges you’ve completed, your club level rank, and how many units you can spend on club rewards.

So far, Ubisoft has integrated Sam only with Rainbow: Six Siege. Over time, it will add more games. But also knows basics, such as the February 27 launch date of Far Cry 5. Huteau asked it about the weather, and Sam replied, “What I can tell you is that in Watch Dogs 2, the California sun is high in the sky of San Francisco.”

Sam has some smarts, thanks to human curation of its answers. If you say, “Show me the trailer of BGE2,” Sam will realize that’s the acronym for Ubisoft’s Beyond Good & Evil 2. Ubisoft’s staff is curating the answers for Sam in this way, and the results are better than a typical Google search. 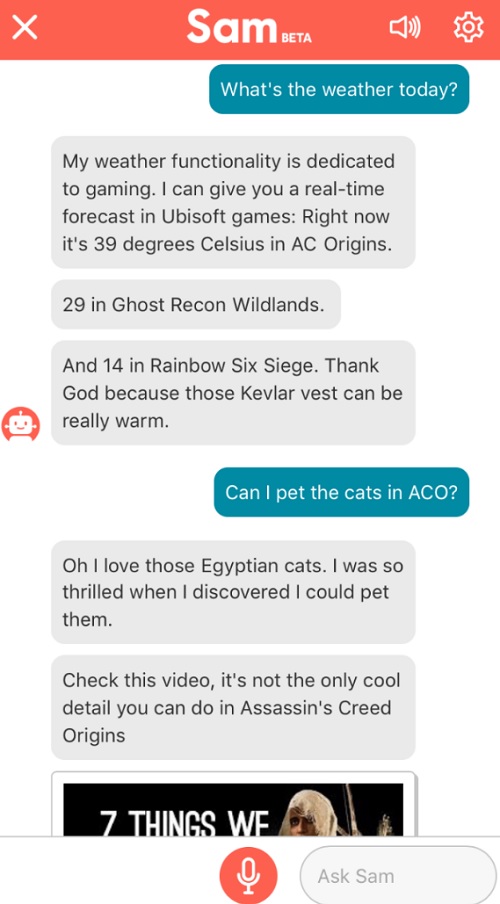 Above: Sam the chat bot is named after Sam Fisher in the Tom Clancy games.

Sam can also keep track of your stats in Rainbow Six: Siege and other games. It told Huteau that he had reach level 9 in Assassin’s Creed: Origins and made 174 kills. It also told him the last time he played. If it sees that you having trouble in sequence 9 of Assassin’s Creed” Brotherhood, Sam will come back with a full guide, with content sourced from the community on YouTube.

“We use the content the community has created, but not the results of a random search,” Huteau said. “This is something we curated.”

In Rainbow Six: Siege, Sam can analyze your last match, extract key data, and recommend how to improve your skills. It can scan which weapon or operator you are using, and make recommendations based on Ubisoft’s human expertise. In the future, Huteau hopes to offer more helpful expert information.

“Curation is important to give the best content to our players,” Huteau said. “It’s a lot of work, but the collaboration with the design team was really awesome.”

On the sophisticated end of the intelligence scale, Sam isn’t quite there yet. Sam can’t, for instance, tell you where to find weapons or other things on a map.