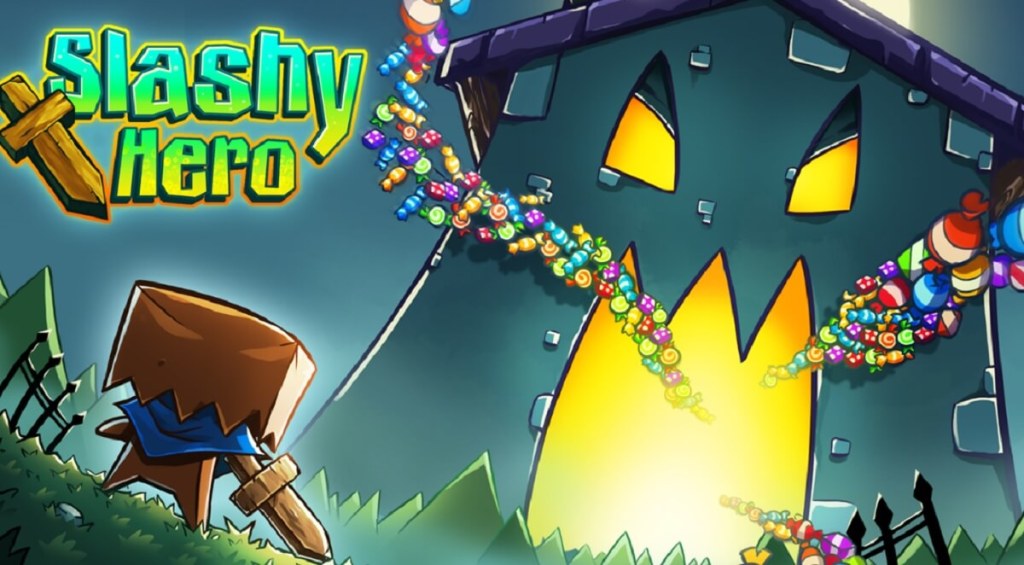 GamesBeat: Kongregate makes sense for you there, then?

Rupp: Kongregate obviously publishes titles and has licensed IP games, but part of the strategy there is to start owning more studios. We’ve been rolling up new studios under the Kongregate umbrella, so the mix of first-party titles increases over time. Owned IP is big, and we’re also looking for — this may sound boring, but we want sound businesses. Things that are just hot — we’re happy to be late to certain sectors on an M&A transaction if that means we pay for a company that’s working. Our VC approach is very different, obviously.

Bergel: I have one comment that ties back to the IP conversation. Probably the most interesting — I’m not yet sure that this is exciting, but the most interesting IP deal I saw recently was between Skybound and a mobile developer called Gamevil. Skybound is going to create a whole world of transmedia properties around Gamevil mobile IP.

To me that was a very interesting difference in the way that these two companies decided to come together to create something. They’re trying to fuse the clear business potential of mobile, which is well-established at this point, with the storytelling capabilities at Skybound, which if you don’t know was founded by the creator of the Walking Dead. It’s an interesting organization. They believe in IP experimentation, to the point that they’re working with a very non-traditional partner to do a non-traditional project. From what I can tell, they’re pulling in threads that a lot of us could only dream of accessing in a single franchise, such as streaming competitive gaming, or doing multi-title transmedia in a very real way.

To answer your question, this is what I think VCs should be spending more time in. How can I create something in entertainment that’s truly differentiated, and not just a pump and dump? I think a lot of people in entertainment feel very frequently that the interest level of some investors is around ginning up something on a new platform, getting a price tag on it as soon as possible, and selling it out before anyone overseeing it can figure out what it’s really worth. That’s not a great relationship. Whereas if they have a sincere long-term interest in being a member of a community and developing a property across 10 years or so, that’s an interesting conversation to be in.

That’s what I wish interested the investor class — creating partnerships like that and tentpoles like that, so the rest of us can look at it and think, “There’s an interesting place to think about, one corner of an ecosystem. Where can I think about my part in this ecosystem?” As opposed to what is all too frequently just an arbitrage play.

Rupp: I agree with that. There’s a big future ahead in IP creation, first on mobile and then going elsewhere.

Heatherly: I wholeheartedly agree with that. We have looked at, from an innovative perspective — we have some strong IP like Fast and Furious, Jurassic, Trolls, Minions. But we would like more. It’s amazing how little game IP there is out there that’s really extensible to other channels of exploitation, whether it’s consumer products or TV or elsewhere. A lot of game IP is really about that game, about the reason to engage with that mechanic. But I think there’s hope.

We were talking about Funko the other day. They do collectible toys. Video game-based characters are actually taking share in that business away from traditional entertainment. I think we’re at a point where we’ll start to see game IP turn into true Disney-like franchises. But having worked at Disney and having worked with game makers, the sensibility is very different. I think there’s a lot of value to be unlocked if you have more game developers pursuing game development from a standpoint of, “How can I use this to build a franchise?” In the same way Disney and Universal and Warner think about that when they make movies. 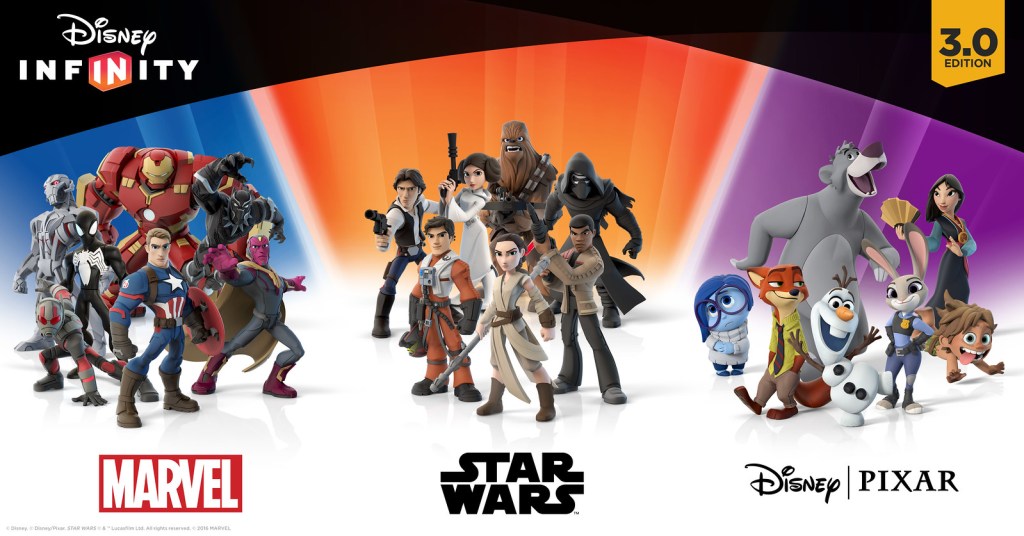 Above: The three pillars of the now-defunct Disney Infinity.

Chang: I did a decade of venture capital and private equity before I fell into games. When I started in VC, maybe 30 percent of the deals I saw looked good to me. As I got a bit older, maybe 10 percent. A bit older than that, one percent. That’s the right way to do it. As time goes on you start realizing just how difficult it is to grow businesses for the long term and make them sustainable. What looks good when you’re young and inexperienced doesn’t look so good after a period of time.

In gaming, what I’ve looked for has changed since I started coming to this conference in 2011. But where I’ve had the greatest success is when I spend time with people like yourselves, interesting entrepreneurs that believe in gaming, but the best ones make me feel emotionally and intellectually uncomfortable. When I talk to someone like, “You can make money doing this? You can get people to play games along these lines?” HQ Trivia was like that. “You can really do this?” Things that make you think, “God, you can get people to happily spend money on your game doing something like this?”

That’s always what I’m looking for: someone who makes me think outside of the normal boundaries. Again, it might make me somewhat uncomfortable, but at the same time, I realize that there’s a way to make money here with a differentiated product that no one has ever seen before. A different business model, a different game, a different play style.

From when we started in 2010 until now, I haven’t been surprised in a long time. In 2010 a lot of processes were new to us. They weren’t new in Asia, but it was pretty interesting to see what was going on with free-to-play mechanics here. I’ll never forget when Supercell launched Hay Day. I’m farming crops in Hay Day and I hold my hand out with my finger down. I’m sleeping on my crops. What a fun feeling. Or Angry Birds, when you did the pull-back on Angry Birds and flung the bird. It just fit. Have you had any of that one-touch magic in recent times? Have you seen something new on a mobile phone game that felt that different to you?

I’m always looking for something that makes me feel either physically or emotionally or intellectually uncomfortable, but it will turn out to be a really great idea down the road here. And no one has that yet today. 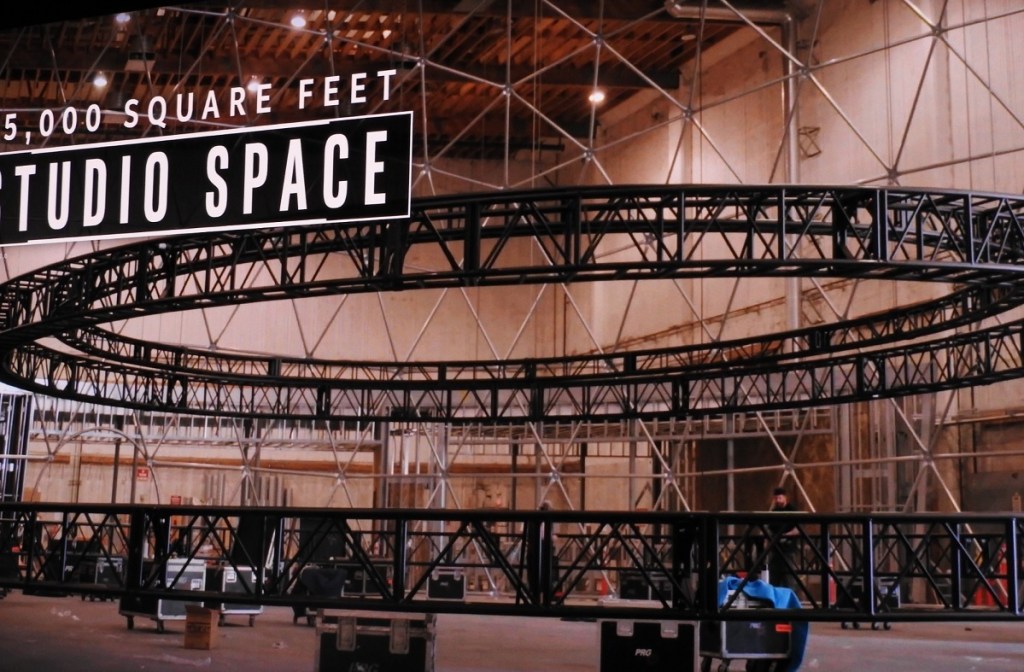 GamesBeat: Getting to the second part of that question, if the platform owners have their own interests and they want to push in a certain direction, push you guys in a certain direction, how much do you go along with it? Last week Intel announced Intel Studios. They’d love to see VR take off. They want to make it happen. They started a studio in Hollywood for immersive media. They want to team up with people and teach them how to use this technology to create new media. They cut a deal with Paramount as their first partner. What do you think of that kind of push, happening from a platform owner’s side?

Chang: Thinking of two companies where this has been somewhat successful, if not exactly — one is Valve and one is Epic. Epic has their engine. They made their own games and then they started licensing out their technology and other people started using Unreal. Valve had their own games, they had Steam, and then they brought in everyone else from the PC side to be on Steam. I don’t know that a platform like Intel can force us into something like that.

Bergel: There are at least two schools of thought, or two types of pitches that I receive in that context. One is, “Do the thing I say and I will give you a shiny.” That’s basically the relationship. The other is, “What do you actually need in order to make a better game?” How can I, as the platform holder, improve your life in some meaningful way? Clearly, as a game developer, you’d love to be exclusively involved in these kinds of conversations. Unfortunately, because it’s the way of the world, you’re frequently involved in the other kinds of conversations.

Those kinds of conversations don’t yield good product. They yield checkbox features and conversations that are very bounded. You incorporate something just as far as you have to in order to get the shiny. You’re dealing with game developers and they’re going to game the system, by definition. Whereas over here, if you can make a meaningful effort to understand what game developers in your ecosystem have challenges with, how you can make better franchises, how you can deal with people better in the longer term — what does it mean to develop their actual business, as opposed to just getting features?

Engaging in that conversation as a platform means you’ll find yourself on the receiving end of some really valuable information. There are a couple of platforms that do that. But at least these two schools of thought exist, and I have a definite preference for one over the other.