Heatherly: My least favorite thing are platforms who don’t give you the data. Part of being on a platform means I should get data. I have to say, Google is doing a fantastic job in the game space with developers. They’re helping us make better games, giving us best practices, and taking a very proactive approach.

We haven’t talked about Steam very much, but Steam is a very different marketplace than the mobile app stores. Part of it is because they’re run by game developers. That has become a vibrant marketplace that’s given birth to a lot of hits in the last several years, and not just Valve’s stuff. It’s stuff like PUBG that just comes out of nowhere to become one of the most played games in the world. The platforms that embrace gaming certainly build better, more lasting businesses than the ones who don’t.

Chang: You can’t force it. In 2011, at EA, I remember that Amazon was kicking off their platform, and then Windows as well. They used to be practically jokes among developers. We were only making our games ported over to Amazon Fire or Windows Phone because they were paying us — paying cost of engineering, or cost plus a little bit of money. Those things never really took off.

Rupp: Those things generally don’t tend to get prioritized. Fortunately I think the dynamics have changed with the platforms. It’s more balanced than they used to be. GamesBeat: I talked to Brian Fargo last week about his ICO. He’s raising money to create a token that can be used to buy digital games on the PC through an alternative app store to Steam. As Brian, I’m offering you guys 95 percent of the proceeds from digital game sales on my platform. I keep five percent. I also give consumers who buy these games the right to resell them. They get 25 percent of that sale price, which you guys set, and you get 70 percent coming back to you, the same amount you get now from Apple, Google, or Steam. Are you going to support me and put your games on my platform?

Chang: As much as it’s painful that Apple and Google and Xbox and PlayStation take 30 percent, there is something you get for that. Everyone has an opinion about whether they take too much.

Bergel: It’s really a user adoption question. How many people are coming through that store? Forget how it’s technically organized. From a business perspective that’s not the interesting part of it, blockchain or not. Will there be a mass of users engaging with this platform? I have a lot of love for Brian. He gave me my very first job in games. I would never bet against Brian necessarily. But a store, to somebody selling goods in it, is only as good as the number of people coming through the door.

If you’re Wal-Mart, I know you have a lot of customers. If you’re the corner store I know you don’t. Once it’s Wal-Mart everybody will go there because it has the customers. Whether it uses blockchain or not — I don’t care what cash register the corner store uses, unless it benefits me personally. Can I resell my games? That’s interesting, but is it going to be the thing that causes me to become a customer, and causes 10 million other people to become a customer? I don’t know yet. But when there are 10 million people, let me know, because that answers my question.

Rupp: I tend to agree with that. Not to mention, sometimes there’s risk in associating your IP with things that don’t work, that don’t get off the ground. I’m likely to wait.

Bergel: There’s also the cost of integration. How much effort is it to take a punt? If it’s easy, that’s not so much of a concern. But if you ask any of the developers here how many third-party APIs they’ve been offered to integrate which will only take an hour — [laughs] You have some sense of the issue. How many stores can you legitimately support before you’ve diluted your developer resources to the point where you’re no longer doing a good job at the one thing you said you could do?

It becomes a problem, especially in a live ops environment. If you have to replicate live ops teams, live ops events, technology, then you’re just going down into a fragmented morass of problems. What does it really mean to put a cryptocurrency-enabled thingamajig I’ve never heard of before with no reference case in my games? I don’t know. Do I want to be the first through the door? Maybe if I’m a real big crypto enthusiast, but I’m probably not that guy. Try the next guy and tell me about his experience.

Above: Rocket League continues to grow into an esport.

Heatherly: I feel like all the value in games going forward is going to be in games as a service. I’m less excited about ideas that revolve around premium games in general. Even if you look at the esports phenomenon, there’s a tension there. If you want to make your multiplayer game big enough, it has to have an accessible price point and reach enough people. I think there’s a reason these $30 games have taken off. Only a small number of $60 games can exist in the market.

If you look at Rocket League, one of the things that got them established and started building the esports around it was the fact that they were bundled in with the PlayStation subscription. Millions of people got the game for free and that jumpstarted the whole thing. I don’t want to say that free-to-play is the inevitability of the game market, because I don’t think that’s true. There’s certainly a viable market for premium games on Steam. But it doesn’t exist at all on mobile.

When people talk about cryptocurrency, it’s interesting. It’s hard for me to wrap my mind around — maybe this is where I’m getting old and set in my ways — but I came up through that Raph Koster mentality of, “the client is in the hands of the enemy.” Why would I want to give away control of my economy? That kind of thing.

GamesBeat: But you already gave that to Apple, Google, and Facebook.

Chang: It’s not a matter of “if you build it, they will come,” though. They have the users there.

Heatherly: Not only that. When people complain about the 30 percent scrape they give to those guys, I just think they’re being whiners. I used to work in the retail business, selling toys and stuff like that. Wal-Mart will take 50 points, easily. What Apple and those guys bring to the table is a level of featuring. They bring the device, the operating system. They have everyone’s credit card, so it’s all frictionless. I’ll happy pay. When I ran Club Penguin, I can’t tell you what a pain it was to run a payment system. It was a major distraction from the game. You can have your 30 points to take care of that.

Rupp: I’d like to just triple down on this point, because I was in free-to-play back before we ever heard of app stores. Life is so much better now. We rolled our own banking system. We included credit cards and Paypal and prepaid cards and pay by mobile, across so many countries. The fraud, oh my God. Different fraud resolution methodologies — including aggregators, we probably had several hundred payment mechanisms across all the territories in the world. Then we had to advertise on top of that in order to bring customers in.

We were spending way more margin than we currently pay Apple and Google. If you remember the bad old days of being on the open Internet and trying to run a banking system and pay for advertising in a fragmented ad ecosystem, the world of Apple and Google and Facebook—yes, it sucks, but it’s so much better than what we used to have. Is it improved or supplanted by this new thing? I don’t know. Maybe. But what we have now is better than people give it credit for.

Chang: The gaming markets have never been larger for any of us. 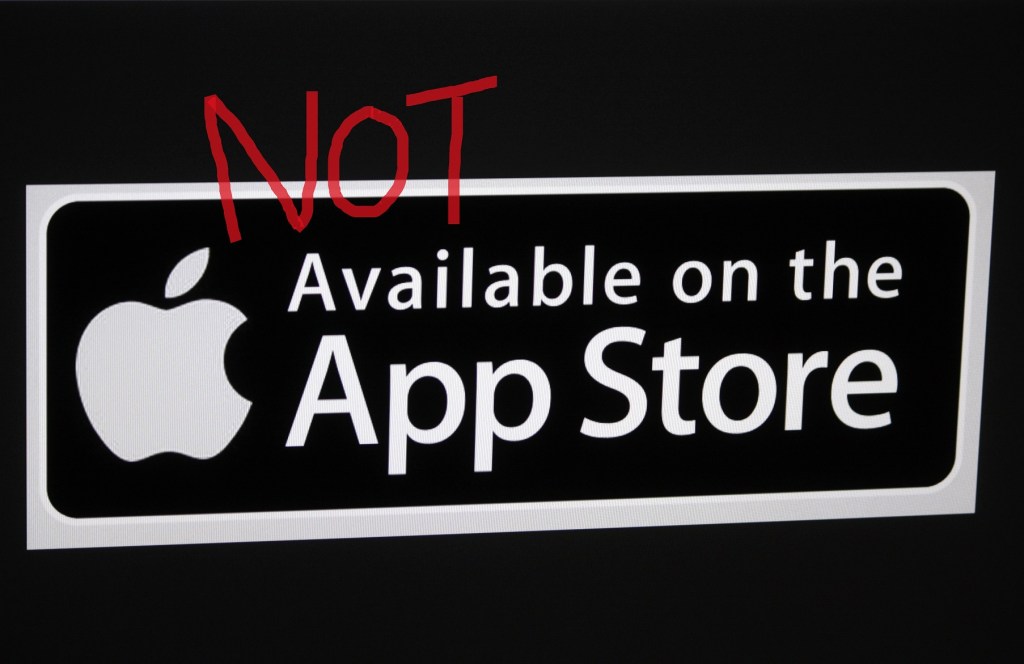 Above: The App Store

Heatherly: And it’s growing faster than any other form of media. I’d rather be in this business than in television. As I look at my colleagues who work in cable TV….

Chang: Looking at you guys right now, there’s a reason why consolidation is happening with things like Fox. They’re being chased by companies like Fox and Amazon.

Bergel: Yes? I mean, you’re talking to people who have extremely large businesses. They haven’t been unkind to us. Maybe his first customers are not us. They’re people who are more experimental, more interested in trying something new because they’re starting from a dead stop. That’s fine. There’s nothing can be right. Both sides can be right in this ecosystem. But to come to someone who has an established business and say, “No, you’re doing it wrong,” well, I have a billion dollars that says you might not be right. Go start something, prove it out, and we’ll see.

Disclosure: The organizers of Casual Connect paid my way to Anaheim, California. Our coverage remains objective.