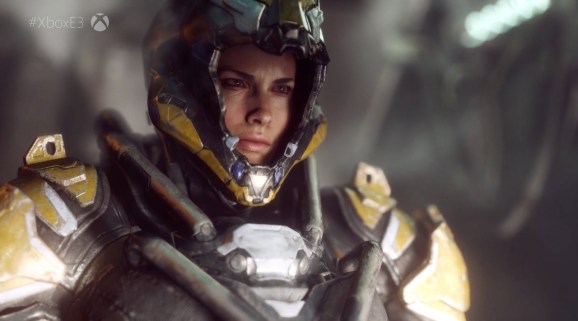 Casey Hudson wants you to know that he remembers the tired faces of Mass Effect: Andromeda.

I don’t think Microsoft is going to acquire Electronic Arts, but that rumor is attracting a lot of attention today after appearing in a Polygon report about Microsoft’s plans to beef up its roster of exclusive games. EA’s stock price ended trading today up 2.13 percent on the speculation, and that gives it a $36.23 billion market capitalization. That’s a lot of money, and yeah — Microsoft is probably not going to use a significant chunk of its $130 billion war chest on that deal.

But I can’t help thinking that, in a few ways, this deal makes a lot of sense. Again, I don’t think it will happen, but here’s why it could:

Since 2012, Electronic Arts’ stock price has climbed steadily with only a handful of speed bumps along the way. The publisher has a roster of reliable blockbuster hits like Battlefield, Madden NFL, FIFA, and the Star Wars license. It also has a strong digital business that generates revenues from in-game purchases across PC, console, and mobile.

You could assume that EA’s stock price will continue to climb, which would make most of its shareholders hesitate to sell to Microsoft. And we’ll probably discover over the next couple of years that you’re right. But I have some doubts.

With the release of Star Wars: Battlefront II, Mass Effect: Andromeda, and Need For Speed: Payback, the publisher is in the beginning of a lull. It won’t have many more chances to prove itself outside of its sports games until the next Battlefield and BioWare’s Anthem. And Battlefront II, Mass Effect, and Need For Speed have all given investors reasons to want to see how EA will course correct in the future.

Star Wars and Need For Speed kicked off a massive controversy about pay-to-win mechanics and gambling-like lootbox items. Players lashed out at EA and the games, and they drew the attention of regulators in Hawaii and Belgium. Mass Effect, meanwhile, was panned by critics and fans, and it has left BioWare in a desperate position.

Following those missteps, EA’s stock fell, but it has since recovered. The market is essentially saying that it thinks EA should recover with its next slate of games.

But what if it doesn’t? Anthem is BioWare’s attempt at a Destiny-style online action adventure, and it has never done anything like that before — although EA did try to get BioWare to chase after the MMO space with Star Wars: The Old Republic with mixed results.  BioWare is also still working with the Frostbite engine that has caused it headaches with Dragon Age: Inquisition and Mass Effect: Andromeda.

The tick-tock release cadence of Star Wars: Battlefront and Battlefield games likely means we’ll get a new one this year. My bet is still on Battlefield 2 set during World War II. Battlefield games have always sold well, but it is going to enter a shooter market with competition from PlayerUnknown’s Battlegrounds and Fortnite: Battle Royale. Those last-player-standing shooters didn’t hold back Call of Duty: WWII, but that doesn’t mean Battlefield is immune.

So it feels like EA is in a place where selling might make sense if one or two more blunders could send its stock price plummeting.

OK. So EA may want to sell, but why would Microsoft want EA? How could it ever spend $36 billion (plus a premium) to acquire a game company?

I think the answer to that is Game Pass.

Last week, Xbox boss Phil Spencer posted a blog revealing that every new Microsoft-published game going forward will hit its $10-per-month Netflix-like game-subscription service on the day of their release. That means, on March 20, you can start playing Sea of Thieves for just $10. People have said a lot about how this is a desperation move for a company that lags far behind its PlayStation competition, and maybe that has lit a fire under its ass. But this seems like it is right in line with Microsoft’s decade-long shift into a services company.

Microsoft has failed repeatedly to build a competitor to Steam on the PC. The Windows 10 store doesn’t have any momentum as a gaming platform, and it may never compete with Valve Software’s digital service.

But the gaming market has a Netflix-shaped hole in it, and Microsoft has a chance to fill it before anyone else does. To do a subscription service that has the mass appeal of Netflix, however, Microsoft doesn’t just need content — it needs to own and produce its own content.

Electronic Arts’ could give Microsoft more than enough regular content to give people a reason to keep their subscriptions even if they finish the game they signed up for.

EA also has its Steam competitor Origin with millions of users, and its own EA Access subscription service. EA Access gives people an instant library of its games on Xbox. The last I heard, the Xbox version alone had more than a million subscribers and now it has the Origin Access version on PC.

These are all services that Microsoft could integrate into its own products, or it could let EA run as a separate brand.

EA games do well on Xbox One

Finally,  EA and Microsoft are a good match because they have overlapping audiences. The two companies have had a close relationship throughout this generation. And even with PlayStation 4’s lead, Xbox One owners continue to spend a lot of money on games.

If Microsoft suddenly has Battlefield, Anthem, and FIFA exclusively on its service, that would keep fans happy about spending $500 on an Xbox One X. And it should convince people across console and PC to subscribe to Game Pass.

This is a better fit than a Japanese company, since fans of those games are unlikely to exit the PlayStation ecosystem.

And then on top of EA’s games, it also has the institutional knowledge about running a games as a service and generating revenues from post-release support. So even if most people are only paying $10 per month to play new games, some players could spend a lot more on microtransactions.

But yeah, this won’t happen

I think this acquisition makes a lot of sense … if you ignore all the ways it’s unthinkable. The biggest reason this won’t happen is that Microsoft would be making a $36-billion bet on gaming, and that’s money it could put on something safer.

I can envision a future where this works out, but if it doesn’t … that’s a lot of money. It’s too much … but what if?