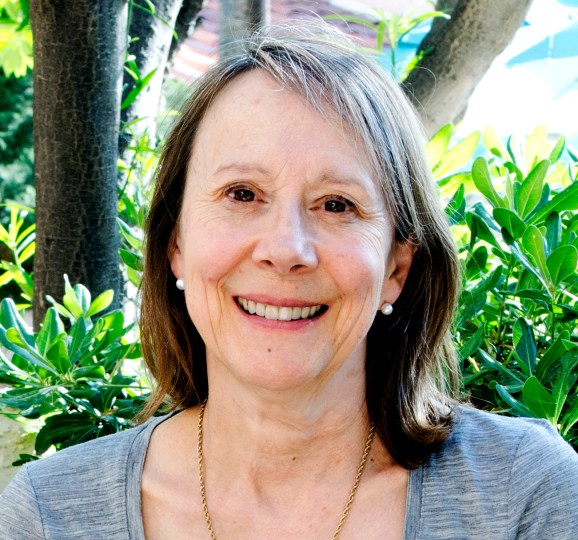 Way to Wellville executive founder Esther Dyson is one of the speakers at VentureBeat’s inaugural Blueprint conference, taking place on March 5-7 in Reno, Nevada. At Blueprint, speakers including Dyson will discuss how tech companies can create higher paying jobs across the U.S. and expand economic opportunity for all.

A former journalist, Dyson is most well-known for her research firm ED Ventures, which became one of the most influential voices of emerging tech analysis. In 2004, EDVenture Holdings was acquired by CNET Networks. Since then she’s been an active angel investor, mostly in health tech and aerospace companies including 23andMe, Omada Health, and Icon Aircraft.

For the past several years, Dyson has focused her efforts on Way to Wellville, a nonprofit effort that challenged five communities around the U.S. to create initiatives that will produce visible improvements in health and economic vitality over a 10-year period.

Ahead of the conference, VentureBeat spoke with Dyson about the progress Way to Wellville has made, and why cities need to prioritize health and development initiatives. This interview has been edited for clarity and length.

VentureBeat: Why do you think creating a community that’s both mentally and physically healthy is so important to achieving economic vitality?

Esther Dyson: I think both mental and physical health are important to economic vitality because people can’t work hard or effectively unless they have both the capacity and the purpose to do so.

VB: You selected the five “Way to Wellville” communities about two and a half years ago. What is some of the progress you’ve seen in these communities since then?

Dyson: The five communities have gradually been moving from one-time pilots that may or may not work to long-term rollouts that they are committed to make successful through “emergent learning” and improve-as-you-go adjustments. And they are beginning to collaborate on cross-community initiatives around trauma-informed care, opioid reduction, and diabetes prevention.

VB: What’s one of the most successful programs you’ve seen come out of a Way to Wellville community?

Dyson: Way to Wellville is a 10-year project. There are many programs that are making progress, but they have not yet reached the quantitative “results” — in terms of numbers and percentages — that we are looking for. Projects that excite me include trauma-informed care initiatives in Spartanburg, South Carolina; Clatsop County, Oregon; and Muskegon County, Michigan; a diabetes prevention program led by the Muskegon YMCA; homelessness and opioid-use reduction programs in Lake County, California; and a variety of other initiatives gathering strength.

VB: Are there some examples of health and development initiatives outside of Way to Wellville that you think have done a good job of promoting both a healthy population and economic vitality?

Dyson: The Beach Cities Health District Initiative, which has inspired the work we are doing. The community leadership from Cummins Engines in Columbus, Indiana [whose former chairman CEO, J. Irwin Miller, started a program to subsidize public buildings in the city in the 1950s]. Columbus was one of the communities that applied to join W2W, but we did not pick them because we felt they were already achieving so much without us. The Springboard Project led by Geisinger Health System in Scranton, Pennsylvania — which we call the sixth Wellville because we are working with them closely.

VB: How do you think citizens can get their local governments behind this idea of investing in initiatives that will help create a healthy community in the long term?

Dyson: We can do so by showing that the return on investment — in terms of economics and sheer human well-being — is so great that it would be crazy not to do so.