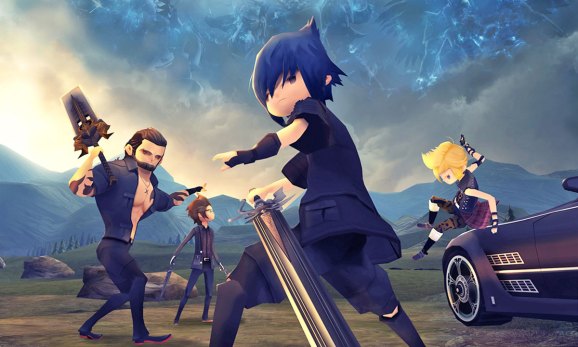 Final Fantasy XV‘s mobile version will come out for iOS and Android on February 9, via Japanese gaming-focused news site Siliconera.

Final Fantasy XV: Pocket Edition takes the original game, which came out for PlayStation 4 and Xbox One in November 2016, and adapts it for touchscreens with new graphics and controls. The console version of Final Fantasy XV has been a hit, selling over 7 million copies worldwide.

The Pocket Edition will come in 10 chapters. The first one will be free, but you’ll have to pay $1 each for Chapters 2 and 3 and then $4 each for the rest. You can also pay $20 to unlock all of them.

Final Fantasy has a large presence on mobile, both with ports of classics like Final Fantasy IX and new games like Record Keeper. But Pocket Edition is unique in being a re-envisioning of a modern title.