Microsoft has acquired PlayFab, a startup which accelerates game development by handling live operations and other tasks so developers can concentrate on making their games.

“PlayFab’s tools are designed to be used by game developers across all platforms (mobile, PC and console),” said Kareem Choudhry, corporate vice president of gaming at Microsoft, in a blog post. “This acquisition extends the investments and work we’ve done on Microsoft Azure to provide a world-class cloud platform for the gaming industry.” 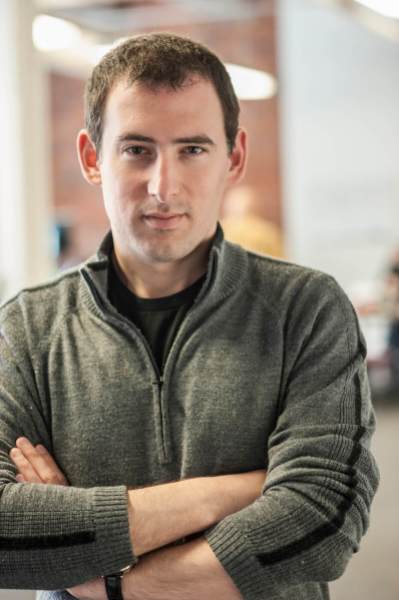 Above: James Gwertzman, CEO of PlayFab.

He added, “As Satya Nadella noted in our annual shareholders meeting, ‘We’re mobilizing to pursue our extensive opportunity in a 100-plus-billion gaming market. This means broadening our approach to how we think about gaming end to end, about starting with games and how they’re creating and distributed, and how they’re played and viewed.’

Gaming is moving into the cloud, or Internet-connected data centers, for many reasons. It improves security, enables easier access to games, and enables new kinds of online play. But it also makes life more complicated for developers, as they have to be more competitive by providing additional game content even after a game is launched. These so-called live operations include things like tournaments, leaderboards, and analytics. James Gwertzman, CEO of PlayFab, formed his Seattle company to offload these tasks from game makers, so they could concentrate on making fun games.

In a blog post, Gwertzman said, “We process more than 1.5 billion transactions a day, nearly 20,000 transactions a second. Our technology is used by some of the biggest entertainment companies, including Disney, NBC Universal, Wizards of the Coast, Nickelodeon, Bandai Namco, Rovio, and Capcom, as well as fast-growing indies like Fluffy Fairy, Nvizzio, and Hyper Hippo.”

“The cost and complexity of achieving this through custom-built, server-side tools and technologies is high, and PlayFab offers developers a compelling model that scales naturally with their games’ players,” Choudhry said. “PlayFab’s backend services reduce the barriers to launch for game developers, offering both large and small studios cost-effective development solutions that scale with their games and help them engage, retain and monetize players. PlayFab enables developers to use the intelligent cloud to build and operate games, analyze gaming data and improve overall gaming experiences.”

He said that the PlayFab platform complements Azure for gaming. Azure has 42 locations worldwide to provide cloud infrastructure that is seamless and enables good uptime and minimal server delays in online games. That translates to better experiences for gamers.

Gwertzman and Matt Augustine cofounded PlayFab in 2014. The purchase price was not disclosed.

“From the start, PlayFab has been driven by the desire to help our customers unlock their creativity,” Gwertzman said. “We are humbled by the trust developers place in us when they depend on our services to run their games, and look forward to rewarding that trust with the entirely new level of features, resources, and support that this acquisition is going to enable.”