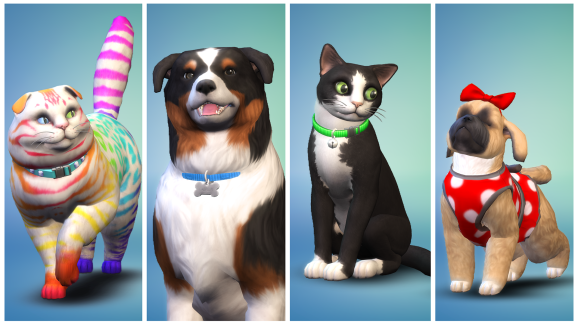 The Sims 4 launched more than three years ago, but it’s still attracting new players. In Electronic Arts’s report for its third quarter ending on December 31, it revealed that the player base for the game has grown more than 35 percent year-over-year. EA also said that its newest expansion, Cats & Dogs, is also the best-performing pack ever for the game.

The expansion is only available on PC, though The Sims 4 is on Xbox One and PlayStation 4, too. EA hasn’t announced when it will come to consoles.

Last year, The Sims 4 got four expansion packs, down from the seven updates from 2016. It’s impressive that Cats & Dogs is a best-seller, considering that it only launched on November 10, less than two months before the end of the quarter. Though The Sims 4 launched in September 2014, it still has an active fan base. In EA’s Q1 report for fiscal year 2018, it noted that its monthly active users was increasing 20 percent year-over-year.

Live content, such as expansions and DLC, are an integral part of EA’s strategy. The Sims’s content updates makes it one of the top sellers along with other franchises like FIFA.