Interest in Destiny 2 isn’t as high as it was after its September launch as fans ask for more content and communication from the developer. Developer Bungie is working to revive that lost excitement, and it posted a blog to show players what they can expect from the sci-fi cooperative shooter through May and the start of its Season 3 content.

In the blog, Destiny 2 director Christopher Barrett talked about this week’s content update. The studio just rolled a number of new features into the live game, and those include improvements to raid rewards and Heroic Strikes. But these tweaks are only the start of Bungie’s process.

“A few weeks ago, we published a dev update with some details about our plans for Destiny 2,” wrote Barrett. “With the first of those downloads out the door, we’re following up on the conversation with a clearer outlook on when more features and content will arrive in the game.”

And here is that clearer look: 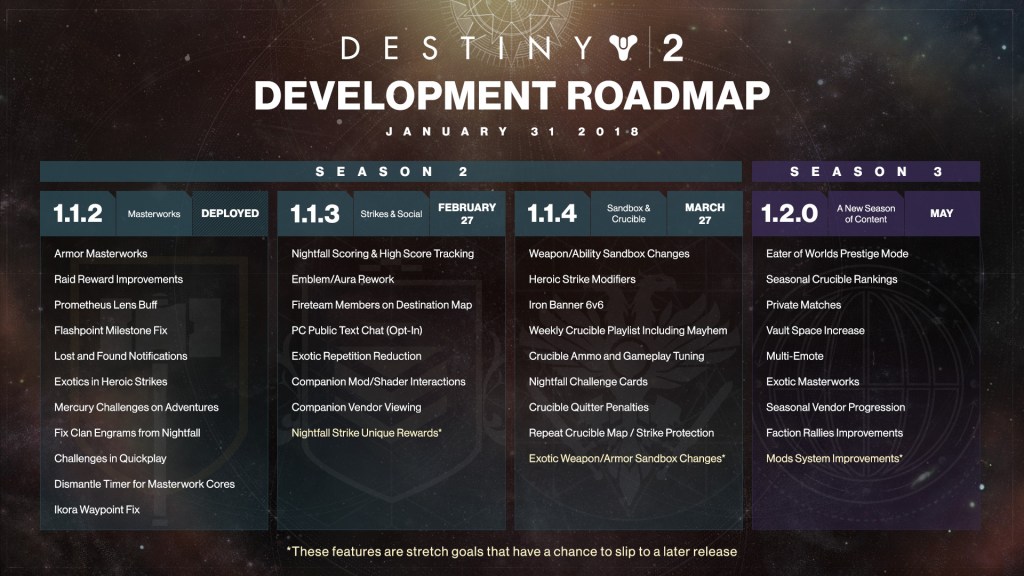 These aren’t potential ideas. Every single one of these features is in the works, and Bungie has confirmed that they will hit the game at some point in the future.

“Some of these delivery dates may change,” wrote Barrett. “But everything you see listed here is being worked on the by the team. While there are larger projects in development, these are the game enhancements you’ll find in your immediate future. If any of these deployments change, we’ll let you know.”

Bungie details what many of these features are and how they will change the game in its dev update from late last year — in case you want to understand more about what this roadmap means.

This increased transparency comes at a time when Bungie needs to get players feeling good about Destiny 2 again. After a hot start and huge sales, players are drifting away as they run out of content. And this is a game that people want to come back to every day to enjoy with their friends.

But if we look at Twitch viewership as one metric of excitement or engagement, Destiny 2 has fallen out of favor. You can see in the chart below from Twitch-tracking tool Sully Gnome, Destiny 2 has had a steady decline for months: 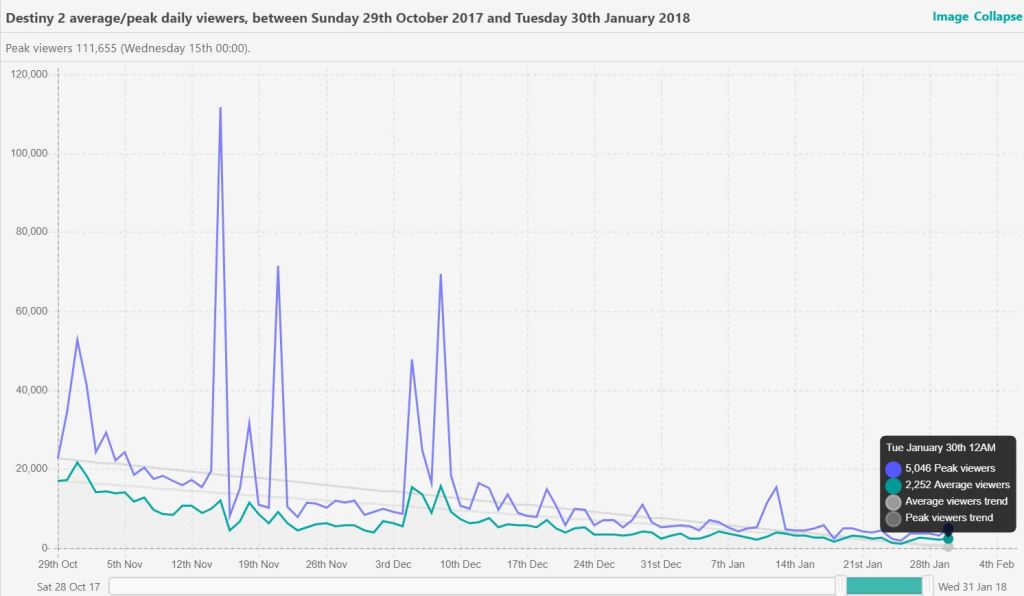 Twitch viewership isn’t everything, of course — and Amazon’s livestreaming service welcomes partnership campaigns that artificially inflate some other games. But this is just one indicator that the large gaming community that watches live broadcasts are losing interesting in Destiny 2. And Bungie is going to have to do something to win them back.