Analysts had expected Microsoft to earn $28.39 billion in revenue and earnings per share of $0.86. In short, the company beat expectations. The company’s stock was up 2.45 percent in regular trading, but largely flat in after-hours trading. Microsoft said it returned $5 billion to shareholders in the form of share repurchases and dividends during the quarter.

“This quarter’s results speak to the differentiated value we are delivering to customers across our productivity solutions and as the hybrid cloud provider of choice,” Microsoft CEO Satya Nadella said in a statement. “Our investments in IoT, data, and AI services across cloud and the edge position us to further accelerate growth.” 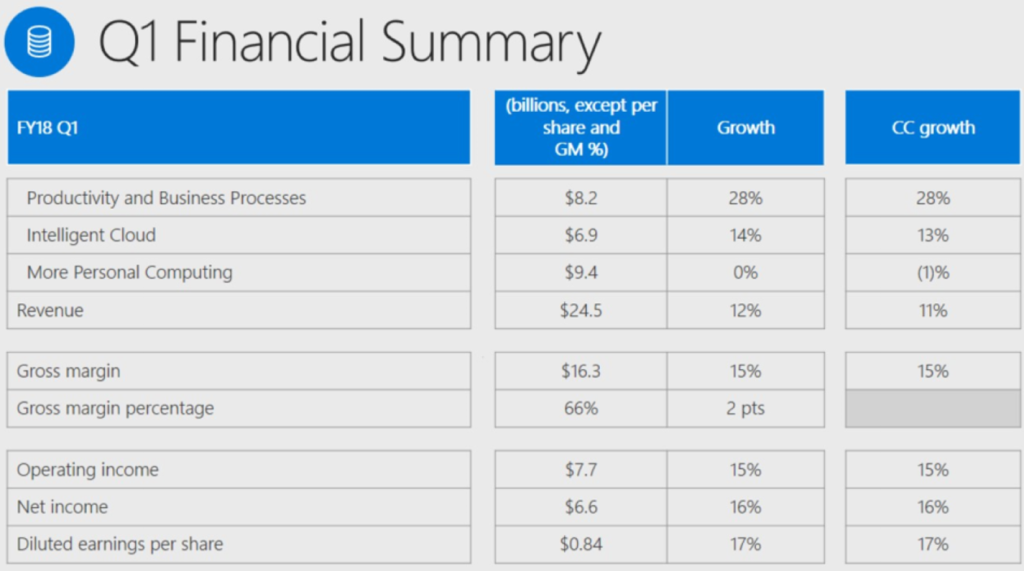 Here are the highlights across the company’s three operating groups:

The fact that Surface revenue is flat is surprising. The Surface Laptop helped the company in the previous quarter, but it looks like the Surface Book 2 didn’t make much of a dent. That said, the current quarter will give us a full three months of sales, so we’ll be able to make a better call in Q3 2018.