Most remakes are unnecessary. As a fan of retro gaming, I believe that you can often the best experience playing the original. And unlike some, I don’t think that aging graphics make a classic less enjoyable.

So I was a bit skeptical of Shadow of the Colossus’s recent remake on PlayStation 4. The original on PlayStation 2 is one of my favorite games. I still remember the sense of awe I had the first time I climbed up one of those giant monsters or held on for dear life as I soared on the back of giant stone bird. It was such a fantastic experience — why bother remaking it? I can understand why Sony remastered it for PlayStation 3. A remaster boosts a game’s performance while keeping most of the original models and assets. Boosting the framerate a little and smoothing out some of the rough edges made the game a little easier on the eyes, but it wasn’t much different from the original.

Remakes of 3D games are a tricky thing. It’s one thing to replace all the assets from 2D software. We’ve seen Nintendo do updates like this going as far back as Super Mario All-Stars for the Super Nintendo, which updated the graphics for the first three Super Mario Bros. games (and The Lost Levels). These are the kinds of remakes I don’t mind too much. Update the graphics, but keep the gameplay identical. This method has worked on 2D remakes like The Secret of Monkey Island and Wonder Boy: The Dragon’s Curse.

But even with those examples, I’d rather just play the original. 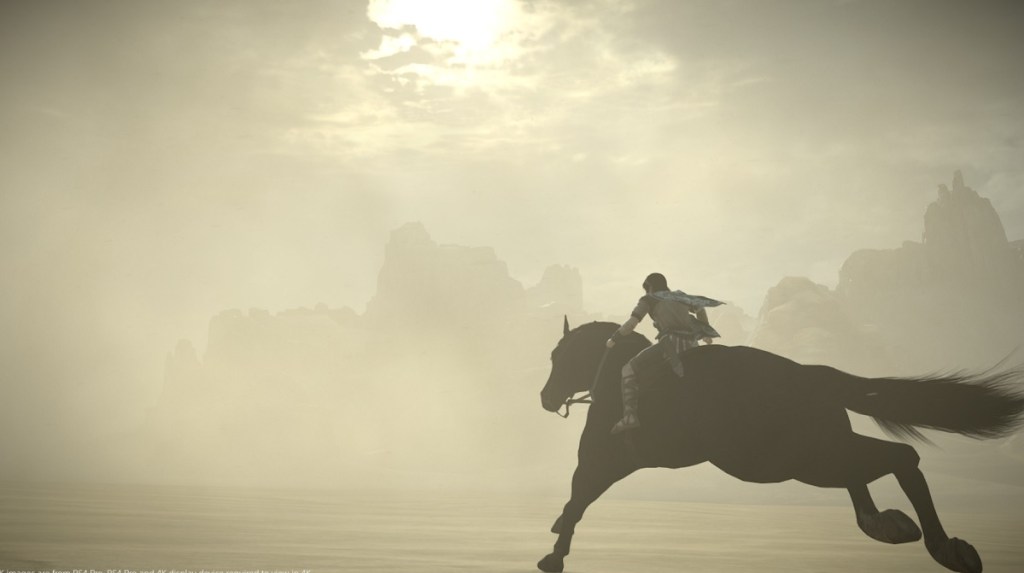 Above: Shadow of the Colossus is pretty.

Replacing that many assets in a 3D game becomes a more tricky prospect. I imagine that’s why we get so many 3D re-imaginings. The last Ratchet & Clank retold the same general story as the original, but it was a different game with its own levels and cutscenes. Square Enix has already revealed that its plan Final Fantasy VII “remake” won’t even be a turn-based role-playing game.

But some 3D remakes do go through the trouble of completing updating the original. Halo: Combat Evolved Anniversary had the same story beats and gameplay of the original. You could even press a button and switch between the classic and new graphics. This is the direction that the new Shadow of the Colossus went with. Aside from some tweaks to controls, the game is the same. It just looks nicer.

A lot nicer. Memory is a funny thing. In my head, Shadow of the Colossus on the PlayStation 2 is still one of the most beautiful games ever created. It wasn’t until I watched comparison videos, like the one below from Digital Foundry, that I realized just how much the experience has aged. I remembered the epic encounters and the incredible scale, but I forgot about the atrocious framerate.

None of that was the original’s fault. It was pushing the PlayStation 2 to its limit. It’s amazing that the game worked at all on that hardware. But I do appreciate being able to play Shadow of the Colossus in 2018 in a way that makes it beautiful as it is in my memory.

That’s why Shadow of the Colossus is confusing me. It’s the first time I think that a remake may have supplanted the original as my preferred version. Usually remakes help make a title look like something closer to a modern game. But Shadow of the Colossus looks better than its contemporaries. It’s one of the most beautiful games I’ve ever played on a console.

I don’t even agree with those saying that the remake destroys the original artistic style of the PlayStation 4 game. I’ve seen some critics say that the new graphics make this Shadow of the Colossus look too much like any other realistic triple-A title. I don’t see that. I think that the world’s muted colors and the crumbling ruins in the plains and woods still enforce the same feel as the original. It’s just less blurry, because … you know, it’s not an open-world game on the PS2.

And even if I did think that the art style was somewhat diminished, that might be worth it to have 60 frames per second and incredible lighting effects on my PlayStation 4 Pro. 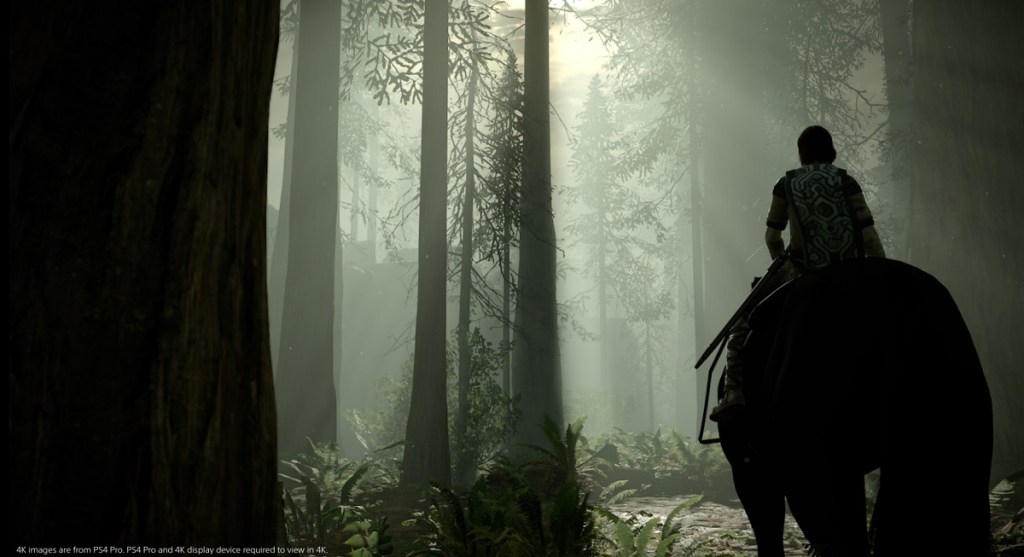 Above: Shadow of the Colossus remake is still unique.

So my enjoyment of this remake puts me an awkward position. Can I go back to the original? I doubt it. Now that I’ve seen this super-detailed, smooth, and stunning PlayStation 4 version, even I think the original looks dated.

But should other pre-HD era games get similar treatments? Does every classic 3D game made before 2006 need a similar reworking?

I don’t think so. Shadow of the Colossus was in a unique position. Its late arrival on aging hardware coupled with its ambition made it an ideal candidate for a remake, and Bluepoint succeeded so wonderfully in the execution that even retro-loving fans like can think of this PS4 version as the new definitive way to play the game. Yes, other late PlayStation 2 games have gotten away with remasters instead of remakes — Final Fantasy XII and Kingdom Hearts II come to mind — but they didn’t tax the PS2 the same way Shadow of the Colossus did.

Games are a product of their time. I enjoy that aspect of them. But the Shadow of the Colossus remake helps make the game the experience is the rare remake that I prefer over the original.