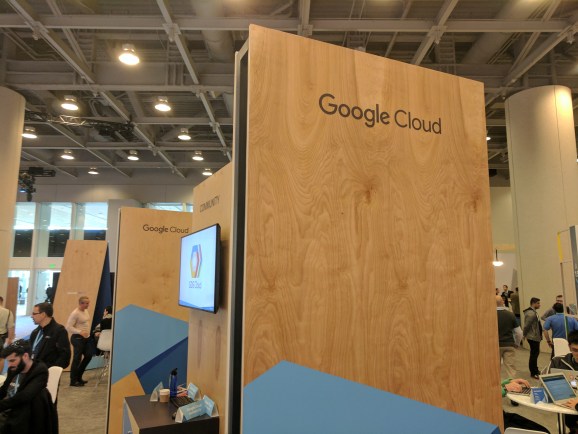 At the Google Cloud Next conference in San Francisco on March 9, 2017.

Google CEO Sundar Pichai announced today that the tech giant’s cloud division reached a significant milestone during the last quarter of 2017: It is now making $1 billion per quarter selling computing services to other businesses.

Pichai believes that Google Cloud is the fastest growing major provider on the market. The division is certainly making big wins: Pichai said the company closed more than three times as many deals worth over a million dollars during the last year as it did in 2016.

It’s a sign that the company’s continued investment in its computing platform has paid off, but it also shows just how far Google Cloud has to go to catch up with its larger competitors in the space. Amazon Web Services announced today that it brought in roughly $5.1 billion in quarterly revenue during the last three months of 2017.

Google Cloud is working on acquiring all the tools it needs to catch up to players like AWS and Microsoft Azure. In the last quarter of 2015, the company acquired Bebop, a startup helmed by VMware cofounder Diane Greene, who is also on the Alphabet board of directors. She became the leader of Google Cloud as part of the deal, and was promoted to CEO of the division last year.

Under her leadership, the company has focused on building out its offerings to appeal to large enterprise customers, a set of businesses the company wasn’t previously tailoring its offerings to. Alphabet chief financial officer Ruth Porat said that the division’s expanded go-to-market team and enterprise-grade products helped drive its revenue growth over the past two years, comments that Pichai echoed.

There are a few broader trends in the market that can also help Google grow its cloud business going forward. More enterprises are looking to diversify their cloud service subscriptions and host different workloads with different providers — both to take advantage of unique features and to ensure that they’re not locked into a particular platform. That drive can help propel new business to Google Cloud, even for customers of Amazon Web Services.

Customers are also looking to use more machine learning capabilities to power their applications, and Google Cloud has been pushing hard to release new capabilities that can help businesses tap into pre-built AI services, as well as customized offerings.

The cloud business is important to Google because it could be an avenue of growth for the company as advertising revenue slows. While ads still make up the overwhelming majority of Google’s revenue, it’s becoming a tougher business. Google is paying more to acquire traffic and receiving less per ad click from advertisers, and that has been the case for quite some time.

Urs Hölzle, the company’s senior vice president of technical infrastructure, said in 2015 that he expected revenue from the company’s cloud platform to exceed its advertising business by 2020. Last year, he said that while he expects Google Cloud to surpass the company’s ad business at some point, 2020 seems optimistic for that inflection point.