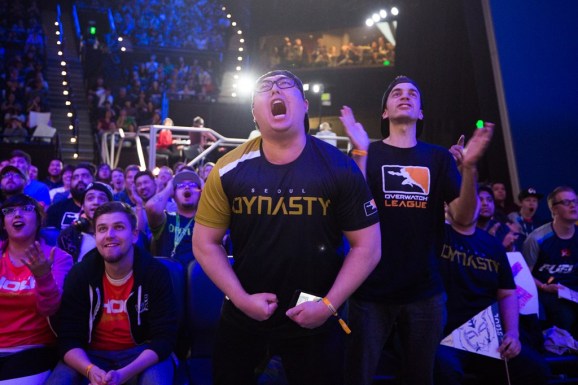 Hundreds of esports leagues, titles, and tournaments compete for the attention of avid fans. This can make it more and more important for each of them to stand out. One way teams and leagues win those fans is through players. Fast hands, quick decision-making and good communication skills make an esports player valuable to his or her team. But it’s not all that matters. Just like in traditional sports, what an athlete does outside of the competition adds — or subtracts — the value they bring to a team.

One key way newer sports achieve crossover success is having athletes with mass appeal. Great talent helps attract current fans to a certain player or team, but it doesn’t always do the trick to reach new fans. Even if they are elite, if the average person doesn’t know the ins and outs of a sport it can be hard to move the needle.

Take snowboarding. Shaun White’s skill in the halfpipe got him on the radar of snowboarding fans, but his personal brand is what made him a star. He engages with fans online and in person, he talks about his passions outside of snowboarding, which helps him connect with new audiences. Diehard fans always tune in, but he made casual fans care about him and his sport in a way they never had before. This made him extremely valuable to the snowboarding industry, event promoters, and potential sponsors.

Why does it matter?

Similarly to the Olympians mentioned in this USA Today article, esports athletes that don’t spend their time building a brand find it hard to attract sponsors. Even the top players who only focus on their gameplay will struggle to find companies to partner with outside of the endemic brands like makers of headphones, seats, screens and computers. When looking for athletes or celebrities to endorse a product, brands are looking for someone who overlaps with their own brand and has an audience they cater to or want to attract.

As the audience and revenue continues to increase in esports, more and more players will choose to go pro, deepening the talent pool. Like in any other sport, leagues and team owners are selective about who they draft, sign, or keep. With a deeper talent pool, they can afford to be more selective and add requirements to their wish list for an ideal player. For example:

When looking at candidates, a team has to consider talent alongside the team’s need for fans and sponsorship support. With that criteria, which player would you want on your Overwatch League team?

Player 1 is better in-game, clearly. Player 2 is good, just not at Player 1’s level. However, Player 2 brings more to the table beyond the game. He comes with a larger and more engaged fan base and puts in the effort to grow his brand. That makes him more attractive to sponsors and drives interest in his team. Not all teams will choose the player with a more powerful brand, but those thinking about the bigger picture will hire Player 2 every time. Perhaps this changes in a world where the Overwatch League’s brand is as big as the NBA’s and winning is all that matters, but it’s a much bigger issue for a fledgling league.

From the player’s perspective, if your only asset is good gameplay, what happens when you hit a slump or lose your edge aren’t you easily replaceable? Compare that to another player that has fans buying merchandise and asking to meet him at tournaments. When that player has a slump, losing him wouldn’t just hurt your team in-game, but could hurt sales, sponsors, broadcast partners and more. Not as easy for a team to dump you then, is it?

How can esports athletes make themselves more valuable?

Winning isn’t enough. The athletes with the biggest and most loyal fan bases are often great at their sport. But they also provide value to their teams and leagues in other ways. They increase the eyeballs, ticket sales and merchandise revenue because of what they do outside of the playing arena. They make fans care 24/7/365, not just when they’re playing.

It all starts with a brand and rule No. 1 is authenticity — it has to be true. Players need to find out who they are and what they stand for as a person. Then, authentically and consistently share that side of themselves. Depending on their audience and interest, that can come to life in a few different ways.

On social media, someone into style who spends their free time putting together outfits and learning about designers could post their #OOTD (Outfit Of The Day) on Instagram or share live stories when they’re shopping or at a fashion show. Traditional public relations is another play. Take a player who loves to cook because it reminds them of growing up, helping their mom in the kitchen. That person can angle for appearances on the Food Network or share their favorite taco joints in Dallas on Thrillist.

It can also be very direct. While it takes more time and work, 1-on-1 or small group interactions often create strong bonds between athletes and fans. An athlete with a philanthropic heart can spend free time giving back and making face-to-face connections with people in need.

Regardless of the channel, the goal is singular – connect with an audience that shares the same passion. A person into style may not watch much basketball, but they see an interesting outfit from Dwayne Wade and want to learn more. They follow his accounts and maybe even tune in to see what he’s wearing pregame. This is how athletes make their sport accessible to new fans.

Overwatch League Commissioner Nate Nanzer said they plan to highlight the stories of its players during the inaugural season. It’s too early to tell how they’re doing that, but recognizing the need is a strong start.

There are some teams and players in esports who realized early that building a personal brand is a hard, but powerful way to build value for themselves and earn fan loyalty. Here are a couple of examples.

Cloud9’s N0thing does a great job on YouTube, posting content beyond just streaming highlights. Some of his most viewed videos include a tour of his apartment, interviews with other pros and a voyeuristic look at an angry customer at Subway. These are all things that can attract new fans to esports, his team and events he plays in. It’s easier to share an esports player’s video about his apartment with a non-fan than it is a video about a recent tournament. That non-fan maybe takes an interest in N0thing, starts to follow him on Twitter and is then introduced to CS:GO and Cloud9.

From the team perspective, FaZe Clan does a great job on social with several of its (non-playing) members boasting big audiences on Twitter and massive view counts on YouTube. They’ve also started crossing over into more traditional sports, like this apparel launch with JuJu Smith-Schuster of the Pittsburgh Steelers. Once again, this helps create visibility outside of the avid esports fan by meeting potential new fans on common grounds like YouTube or an NFL game. Sometimes it’s as simple as this: JuJu tweets a photo→ fans see it and are curious about FaZe→ they follow FaZe on Twitter→ enjoy their content→ tune into a stream to see their players→ become fans.

The best way for esports to continue its ascent is by marketing its players and leveraging them to expand the audience. Similarly, the best way for players to make themselves more valuable is to spend time building their personal brands and become the total package like the crossover celebrities in traditional sports before them.

Jesse Ghiorzi is the director of brand strategy for sports marketing agency CHARGE, which has a division dedicated to esports. He develops brands for businesses and individuals and works with them to expand their reach and engagement through PR, marketing and social media.