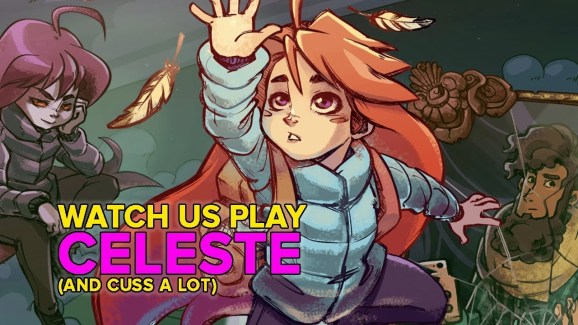 Celeste is an excellent platformer. It’s already in the running for my top 10 games of 2018, which is something I’m normally not thinking about in January. But that’s how much I like Celeste.

I also hate Celeste, though. The incredibly-challenging, retro-style adventure is out now on PC, Switch, and other consoles for $20, and if you pick it up, prepare to hate it as well. Or, at least, you’ll hate how much it challenges you right up until the point where you conquer whatever obstacle you’re stuck on. That’s the reward of Celeste. You’ll smash your head against some seemingly impossible series of pixel-perfect jumps, and then you get to feel the euphoria of actually beating it.

You can see what that looks like in the video below. I started this up just hoping to talk about the game and show it off to people who haven’t seen it before, but I ended up getting stuck on the hardest section I’ve seen so far. It didn’t even matter this particular area was optional — I had to do it. After 15 minutes of nonstop attempts, well, I could finally stop swearing.

I’m nearly finished with the game, but I plan to go back and play all the B-side levels as well. It’s not for everyone, but boy — Celeste is for me.