When you imagine the kind of work a game developer does, you probably think about someone designing a level or programming movement and physics. But a huge part of modern development is live operations, in which studios build tools to connect a game to a variety of online platforms and backend services. Borderlands 2 developer Gearbox Software recently wrote an internal case-study about its efforts to shift more of its workflow into the cloud, and it explained how some extra upfront work can save a lot of trouble once a game launches.

“We at Gearbox have been making our games more cloud-centric for quite some time,” Gearbox executive producer Sean Reardon wrote in the case study provided to GamesBeat. “Today’s players expect games that can change dynamically without having to repeatedly download large, unwieldy patches. They expect games that can recognize and adapt to when and how they like to play. And they want online games that just keep working.”

As gamers, we want products that are living and dynamic, but we don’t want to download 1GB patches every couple of days and we don’t want to deal with server outages. While patches are still common, server-side updates are nearly as popular. Gearbox has integrated this into its games with Spark, the name for its live-ops team and the 35 services it has built to connect its products to the cloud.

One of the Spark techs in particular is Zeppelin, which the company built to enable it to shift between any cloud provider on a whim.

“Technically speaking, Zeppelin sits between cloud services and the rest of the game, creating a layer of abstraction,” wrote Reardon. “By using Zeppelin, the game asks for a service, Zeppelin connects the game to the service provider, and then the game proceeds.”

This means that Spark can find the best cloud provider for any particular game instance. But increasingly, that provider is Amazon Web Services. Gearbox is especially attracted to Amazon’s GameLift, which deploys, operates, and scales multiplayer server sessions on demand. Using Spark and Zeppelin, Gearbox can hook into GameLift.

“Services like Amazon GameLift are game changing as far as the sort of professional availability and reliability we can deliver to a worldwide audience on every conceivable connected platform,” Reardon told GamesBeat. “If one were starting to make a game like the ones we make in 1999, when Gearbox started, you’d basically start thinking about running to the store and buying hard drives and power drills.” 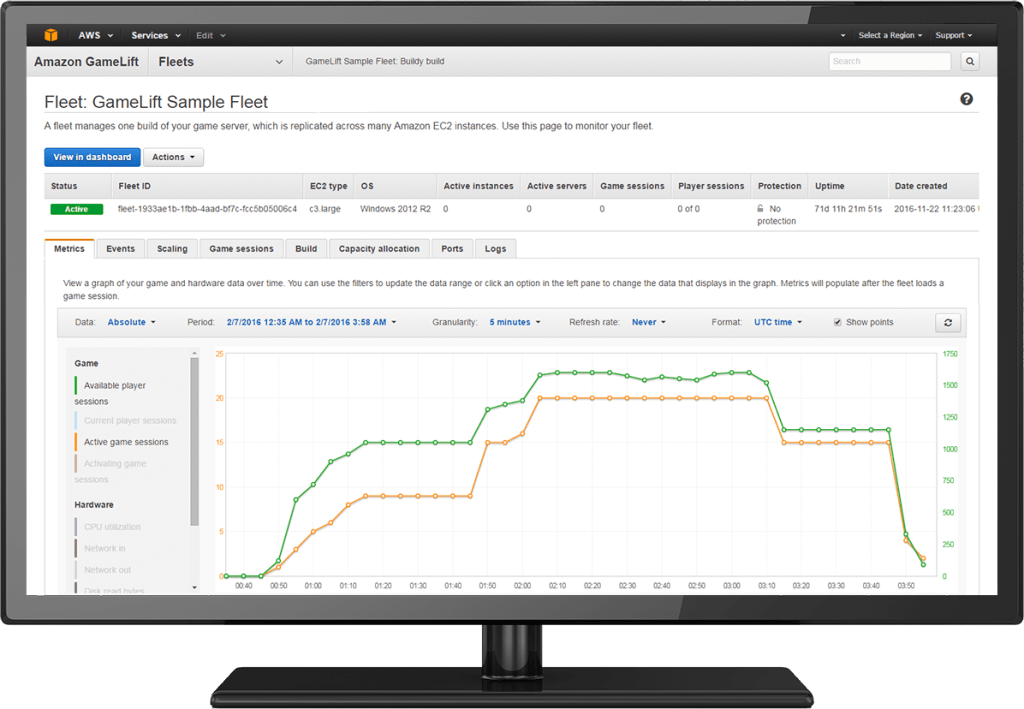 Now, instead of hiring a team of engineers to build and then maintain the hardware and the software for the multiplayer servers, Gearbox can have a smaller team build the tools to connect Borderlands or any of its other releases to GameLift. Amazon then does the work instead.

“It’s a testament to the incredible effort that bazillions of talented engineers — and bazillions of dollars of investment — that when we started building our online services, which customers know as SHiFT, that it would have been insane to do anything other than lean on the cloud model that was prevalent at the time,” said Reardon.

Of course, this isn’t just about saving money. That’s a big part of it, but it comes with a lot of upsides for players as well. Developers can focus on the games themselves instead of building out a network of servers. And Amazon’s distributed network enables players to connect to remote instances that are typically closer to their home than a developer like Gearbox could build and maintain.

The biggest problems when it comes to something like GameLift is a matter of foresight.

“The development time wasn’t particularly long, and the implementation wasn’t difficult,” said Reardon. “But approaching a game’s design in this way did require a different mindset, and it presented challenges and surprises that we had to overcome.”