Above: Ampere is targeting a variety of workloads in the data center.

Sometimes people think semis are boring, but personally I think they’re fun. Every time I read an article about all these awesome things people are doing with technology that never could have been done before — I wish people would write more about why we can do those things. We can do that because we built this stuff. Every time you order a Lyft, something that I personally worked on somewhere does something. That’s cool.

We have a lot of young, optimistic, wonderful people, five to seven years in the industry, brand new interns out of college. They have absolutely no legacy in their brains. We can invent anything and do anything. And then there’s a few of us who’ve done this many times. My analogy for our leadership team is we’re climbing Mount Everest. Two of us have been to the top before. The rest of them are tied to ropes coming with us. But they’re young and they’ll have to carry a lot of stuff for us.

Yesterday we had this meeting and a whole bunch of them were talking about doing all this stuff. Finally I had to cut in and say, “How big is this die? You don’t build things that big!” They’re unconstrained. I love it. It’s so much fun. I’m probably the only person who’ll ever talk to you about how much fun semis are.

VB: How did it become too capital-intensive to do a semi startup? Has that changed at all? A lot of things seem to have made the semiconductor startups disappear.

James: None of those things have changed. It’s still exorbitantly expensive. The mask sets are very expensive. The technology is getting harder. More expertise is required, not less. The reason you can’t just wake up and be in semis, unless you’ve been in semis before, is because you need people who know what they’re doing. All of these young, enthusiastic people, the hundreds it takes to build one of these things, they need leaders who’ve been there before.

Designing something for a 7nm process with multiple layers and the complexity of the mask set and the RTL has only gone up. It’s expensive. It’s hard. The barrier to entry is high. But the people who are trying it, whether they’re doing accelerators — notwithstanding Jensen, who’s been in this business longer than I have – if you look at the leaders of the well-funded, venture-backed or other startups in accelerators, they’re all people who’ve done this before. There’s a reason. Part of the mission of this company is to teach the next generation how to do this. Sadly, it hasn’t gotten any cheaper.

VB: The ARM 64 opportunity here, is it getting better for a particular reason? As opposed to, say, a year or a few years ago. 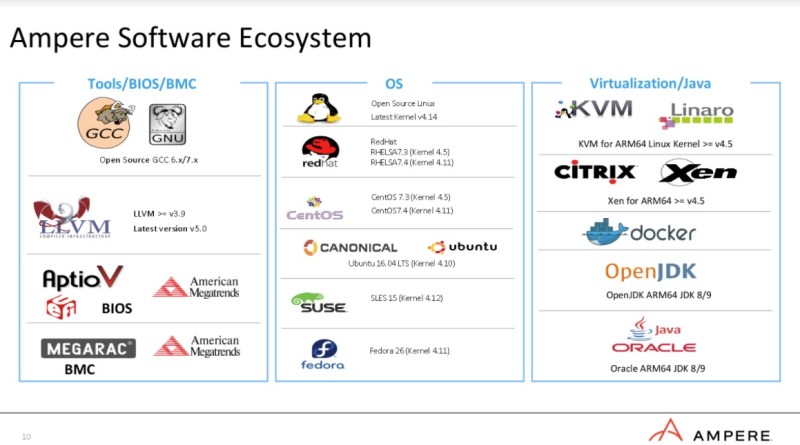 VB: How many transistors are we talking about here?

James: You’re the only reporter that has asked me that. We’re not talking about the transistor budget yet or the size of the die or any of those things that people used to ask about new things. [laughs]

VB: Can we assume it’s in the billions of transistors, though?

James: You can assume it’s a modern microprocessor. It is equivalent to other things out there in the world. It’s a TSMC 16nm part. It’s 32 cores. You can imagine there are billions of transistors out there.

James: Sampling now, shipping this year. Our next product is right on its heels because we have parallel teams, and then the third product is a couple of years out after that. We have three products in process, the fourth in definition. We’re cranking along. We’ve very much been wanting to get some work done until we have samples and we’re ready to tell the world. Mostly we’re recruiting. People are starting to ask what we’re doing, though, and partners were wanting to be able to say our name, so it became obvious that we needed to get out there and say hello to the world. We’re here.

VB: Besides ARM and TSMC, do you have other significant partners out there?

James: You’ll see in the press release — Oracle, Microsoft, Lenovo, and a couple of others we’re waiting on.

VB: Are you describing the investment in any way? You’re not saying a number, but are you talking about who joined in?

James: Carlyle managed that, and that’s always private. They don’t disclose. They’re the biggest and only named investor. In PE they don’t usually name the amount, but since it’s PE-backed, you can imagine the scale of investment. 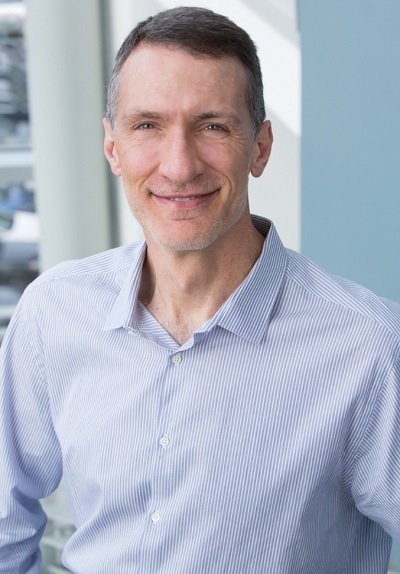 Above: Greg Favor, former chip designer at companies like AMD and Montalvo, is a fellow at Ampere.

VB: Do you have some other execs that joined from particular backgrounds, like Intel or AMD?

James: Yes, we have several. That’s in the release as well, but briefly, Atiq Bajwa, who was the chief architect for pretty much every platform at Intel, joined us out of retirement. Rohit Vidwans, who was head of hardware engineering at Intel, also joined us to run our hardware engineering. We have a senior fellow from AMD, Greg Favor, as a senior fellow here. He architected some of the very best parts of our generation. Greg is very good, very skilled.

We have several other executives that joined from AMD, Marvell, and other places. We have fewer Intel people, honestly. We have some very senior Intel people who were retired. Our CFO is from Apple, and before that was also at Intel, but he was most recently working at Apple for several years as their hardware finance controller. The team has pretty diverse backgrounds.

I find the AMD guys really interesting. For all those years you never knew what they knew, and now they’re on my team. They’re good, very good. It’s amazing. We have a lot of AMD people. It’s been fun, because a lot of people who competed against each other are all together now. 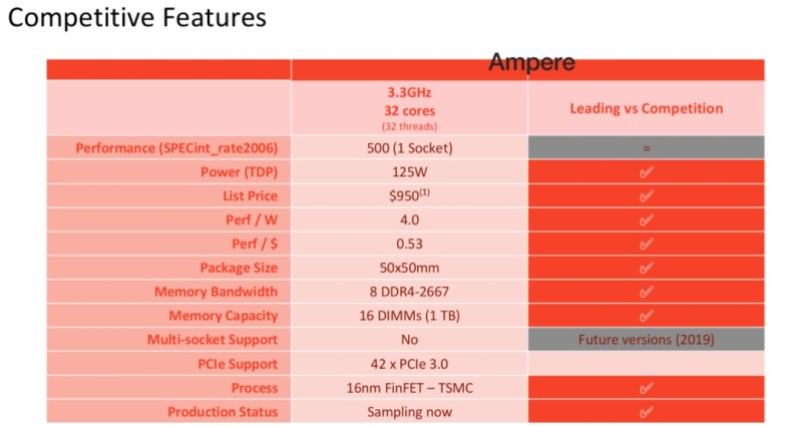 VB: Is it fun for you to be coming back in the spotlight?

James: Well, I don’t know about that, about the spotlight part. What I like, I love being in leadership and I love working in a team. I like invention. You know, because you’ve interviewed me over my whole career, that the whole process of innovation — when I talk about it, I get so excited that it’s insane. I love when we make something happen, make something work that’s never worked. When someone says, “You can’t do that,” and then we make it work.

My first job was working with Microsoft and people said, “You can’t make video work on a PC like it does on a Mac.” When we saw that first video, five frames per second playing back on Windows 95, I thought, “We just changed the world.” I could have quit right then and made an amazing contribution to this industry. It set the tone for my whole career. “No, we can make that work. We can make video decode in real time on a 386 or 486 or Pentium.” People said you needed accelerator hardware. We said no.

That’s my thing. That’s why I find this whole thing so exciting, because everyone tells me how insane it is. All that does is egg me on. [laughs] Every time someone says we’ll never start up a new CPU company, I say, “Watch.” That’s my deal.

VB: Were you tempted to go into AI? Or in some ways is this taking advantage of the AI wave?

James: It’s taking advantage of the AI wave in a huge way. The architecture of our approach is very much a memory-intensive, memory throughput-oriented design. Our point of view is, there will be generations where you need accelerators as partners to what we’ve built, and we think that over the horizon we’ll continue to improve.

Like we’ve done for many generations, things will migrate to where they should belong. Whether it should be on an accelerator it should be in the core, we don’t know yet. It’s too early. The frameworks are all brand new. We don’t know what wins. That’s one of the driving forces, because we know, with absolutely assurance — you don’t even have to predict it — that machine learning will be used in every application going forward.

We know the intensity. We know the requirements. You see that our partners are Oracle and Microsoft, big software companies. You would expect me, based on my background, to be super workload focused. Software is our differentiator. We’re very focused on making workloads work best on our product. It’s that simple. 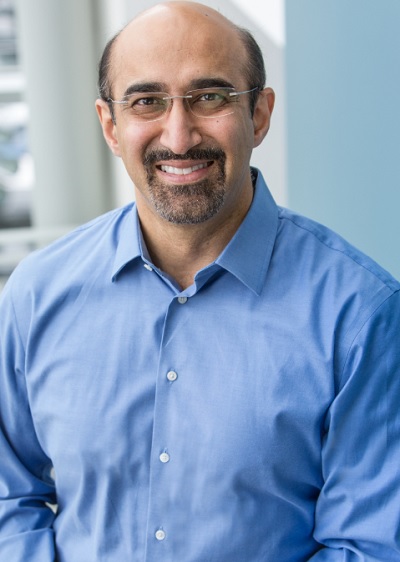 Above: Atiq Bajwa is a former chip designer from Intel, now chief architect at Ampere.

VB: When you left Intel, I imagine this kind of startup wasn’t really in your thinking back then. Did you go down a certain path of thinking to get from leaving Intel to running this?

James: I did. I went down the path of thinking I wanted to maybe run a software company. Not necessarily start my own, but take one of the big software company jobs. I have to admit that I kept getting really excited about machine learning, about the cloud, about the changes in software. The things I cared about all along. What’s coming next?

I missed it. I missed the invention. I missed the ability to invent the future. A lot of really important companies in the Valley are really interesting, but they take the innovation and then they make it better, or they develop an application on it. But to really invent what’s possible — it reminded me of when people used to say, “Wouldn’t it be great if we could sequence human DNA?” We didn’t have enough compute power. Then, when we did, we did it, and the first time we did it in a couple of days — instead of months or weeks or whatever — it changed everything. It allowed you to be able to do predictive cancer treatment.

I thought, “You know what? I’m not done. I want to do this still.” I just missed it. Then I started messing around. When you’re in private equity you get to see a lot of deal flow. I was seeing different semiconductors coming through, either to be carved out or to be funded. It made me realize there was a lot of activity out there and maybe I should go look at some of it. Carlyle was super supportive. This is risky, but they’re very supportive. It just kind of evolved.