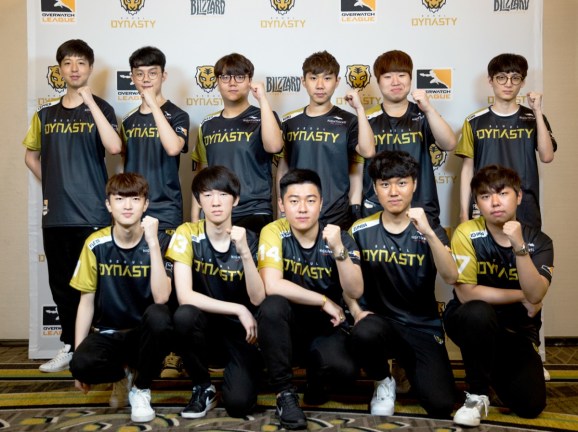 KSV eSports is announcing that Razer will sponsor KSV’s esports teams — including Overwatch League team Seoul Dynasty —  and be the exclusive provider of gaming peripherals for the organization’s clubs. The deal shows that KSV is quickly becoming adept at gathering sponsors for its new esports teams since starting last year.

Wakeford, chief operating officer at KSV, said in an interview with GamesBeat that the two-year sponsorship deal will be a global sponsorship across all of KSV’s teams. Razer will provide the teams with competition-quality mice, keyboards, headsets, and mouse pads and other surfaces.

And KSV’s esports team members will give advice and consult with Razer on how to improve its products in the future.

“Razer wants to get feedback and insights from esports players on their future product lines,” Wakeford said.

“Helping ambitious organizations and players reach the next level has been a matter of the heart for Razer since the very early days of professional esports,” said Razer CEO Min-Liang Tan in a statement. “The passion and dedication to building a long-term, winning organization of players makes a two-year deal with KSV eSports and Seoul Dynasty an easy decision.”

The sponsorship will include KSV eSports’ current and future roster of teams, which includes teams for League of Legends, Heroes of the Storm, PlayerUnknown’s Battlegrounds, and Overwatch.

Razer will also provide sponsorship money to help support the team and its salaries and other costs. It will also work on a series of videos and social media to help promote KSV’s players around the world.

“You’ll see videos telling more of the story of our players,” Wakeford said.