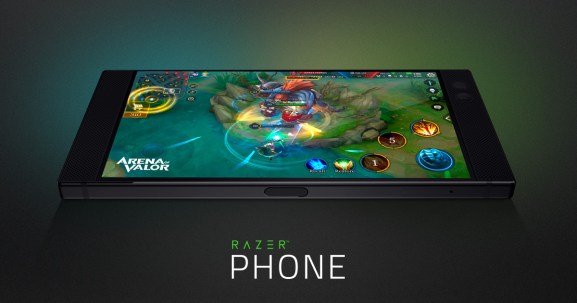 After using the Razer Phone for the last 3 months, I’m comfortable calling it an amazing smart device. It is available now for $700, and it easily competes with other high-end phones in that price range with one glaring exception.

The Razer Phone is the best portable media device available. Its screen is vivid, and its speakers are incredible. These are its most impressive features, and they have continued to wow me even after months of use.

Razer’s UltraMotion display has a 120hz refresh rate, and that is double almost every other smartphone. Only the iPad Pro has a similar feature, and as owners of that tablet will know, the smooth scolling and navigating experience of 120 frames per second is tough to go without. Other phones end up feeling sluggish and choppy in comparison.

The smooth animation of the screen is especially nice for reading text, but the display is especially good for gaming as well. The “UltraMotion” name doesn’t just refer to the refresh rate, it also indicates that the screen has technology similar to Nvidia’s Gsync. This means that screen syncs up to the rendering of the phone’s system-on-a-chip to limit lag and screen tearing.

When it comes to audio, the Razer Phone is killer. It has two, front-facing stereo speakers that sound better than an Amazon Echo. The device also supports Dolby Atmos and 5.1 surround sound.

Combine all of that with the recent update from Razer to support HDR in apps like Netflix, and you have an amazing way to watch movies and television on the go.

I think the other thing worth pointing out here as a marquee feature is the battery. The Razer Phone has a 4,000 mAh battery, which is enormous. That compares favorably to a lot of other smartphones that have batteries with a capacity of around 2,800-to-3,500 mAhs.

In normal use, the Razer Phone easily lasts all day for me. Even with screen set to 120hz, I never have to recharge unless I’m constantly updating Twitter or taking pictures. You can extend the battery life a bit by turning down the refresh rate to 90hz or even 60hz, but I’ve never had to do that.

This is due in part to the screen and the third-party Nova launcher software, but the Razer Phone has a really smooth and responsive user experience. Everything loads quickly thanks to the Qualcomm Snapdragon 835 chip and a limited amount of bloatware.

Switching between apps or even using two at the same time in side-by-side mode is never a sluggish experience. Even my recent Samsung Galaxy S8+ started getting bogged down quickly after I got it, and that’s not something I’ve had to deal with on the Razer Phone.

The worst aspect of the Razer Phone is the camera. It is disappointing. It takes shots that are often blurry and muted where other high-end smartphones would perform far better. Razer is promising continual updates, but so far, patches have only made minor improvements.

I’ve been able to make do with the camera thanks to sideloading the Google camera app that some community members hacked to work on other devices. That camera includes HDR+, which does really excellent images on almost any device. But I think that if you need a camera with you at all times that can take quick, beautiful shots, you should consider something else.

As a first foray into this space, the Razer Phone is an incredible device. When it comes to consuming media and games, I don’t think you can get a better smartphone. But if a questionable camera is a dealbreaker for you, either get something else or wait for the Razer Phone 2.

The Razer Phone is available now for $700. Razer provided GamesBeat with a production model sample for the purpose of this review.