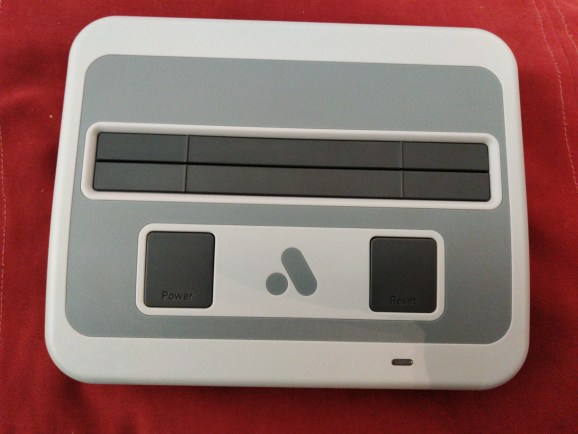 You have a lot of choices when it comes to playing Super Nintendo games, but every method has its down sides — except for maybe the new $190 Super NT from Analogue.

The Super NT is a new console that Analogue built to play Super Nintendo games without emulation on high-definition screens through a HDMI port. But unlike the first Analogue NT system for the NES, which used the actual guts of old NES consoles, the company is diving deeper into its FPGA (field-programmable gate array) circuitry design. These are chips that you can configure to behave however they want through firmware updates.

In the case of Analogue and its lead engineer, Kevin “Kevtris” Horton, they have dialed in their FPGA board to make an exact copy the Super Nintendo. This means that you don’t get the quirks of emulation — every game works just as it would use the original hardware. And you also don’t get lag, which is a ubiquitous problem for retro gaming on modern displays.

I’ve spent the last couple weeks playing around with the Super NT, and I think Analogue has built the definitive way to play classic Super Nintendo games — especially if you already own a ton of the classic cartridges.

If you want to play Super Nintendo games today, you have plenty of options. You can emulate the 16-bit system on a device like your PC or smartphone, but that is never fully accurate. You also end up getting some lag as the software processes the games. You could plug a Super Nintendo directly into your modern HD display, but that looks awful. With an upscaler like the Framemeister or the Open Source Scan Converter (OSSC), you can take a 240p signal from a Super Nintendo and improve it for a 1080P screen. But those devices are often complicated, hard to find, and expensive ($300-plus). You could also get the Super Nintendo Classic Edition with its built in games, but that is also an emulator — and you can’t use your own physical versions of the games if you have them. Finally, you could just play your SNES on a CRT, but those old TVs are starting to break (or you could just pick one up on the side of the street, as our former colleague and retro enthusiast Stephen Kleckner does from time-to-time), they are heavy, and they take up a lot of space.

Super NT solves all of those issues:

In action, the Super NT is delightful to use. Games like crisp and clear, and you don’t get any weird artifacts of your TV’s attempts at upscaling. You also notice the lack of lag if you are coming from playing Super Nintendo games in some of those other methods.

The device has two Super Nintendo controller ports on the front, so you can use your original gamepads. But this also means you can use the 8Bitdo wireless dongle with one of its excellent SN30 controllers. That’s how I played, it worked flawlessly.

You can see all of this in action without having any games yourself since the Super NT actually comes with two built in. Analogue worked with developer Factor 5 to include the new Super Turrican: Director’s Cut as well as Super Turrican 2, which are a pair of side-scrolling shooters with a ton of amazing graphical effects for the Super Nintendo. Each game runs better than ever and look great on a modern screen. You can also use your Super Famicom games without needing an adapter or a secondary slot.

But outside of the games themselves, the FPGA board inside of the Super NT had some power to spare to enable Analogue to add a lot of smart extras. At any time during gameplay, you can hit down+select to bring up the menu interface, which Fez developer Phil Fish designed.

In these options, you can tweak all kinds of variable to get the exact experience you want from your old games. You can adjust the resolution down to 480p60, you can adjust the height and width of the image, and you can even apply algorithmic pixel scalers to smooth out the 16-bit images.

It’s amazing just how many options you have, and it makes it feel like the Super NT comes from an alternative universe where graphics technology didn’t advance as quickly as UI design.

This is the best way to play Super Nintendo and Super Famicom games that I’ve ever used, but yeah — it’s a lot more work than just booting up an emulator on your PC. And if you are able to find one, the Super Nintendo Classic is great because it already has games built-in.

With the Super NT, you’ll need the physical games, and you may sometimes have to do firmware updates involving an SD card that you swap between devices. It’s a more involved process, but the good thing with that is Kevtris will likely update the firmware in the future with a ton of new options — that’s something he did with the Analogue NT (he even unlocked the option to load games off of an SD card on that device).

The Super NT is incredible, but that doesn’t quite do it justice. I’d go so far as to say that Analogue is doing something important. Emulation was doing a lot of the heavy lifting for game preservation before this, but it’s clear now that we were settling. And if we didn’t get something like the Super NT now, it’s possible that the passion for such a device would pass us by and we’d never have anyone as brilliant as Kevtris to take the time to figure out how to preserve it with FPGA.

Analogue’s Super NT begins shipping February 7 for existing preorders for $190. The company provided a sample unit for the purposes of this review.