Microsoft today released a new Windows 10 preview for PCs with gaming, privacy, graphics, Eye Control, security, Bluetooth, Edge, and input improvements. This build is part of the RS4 branch, which represents the next Windows 10 update the company has yet to announce (but is likely to ship soon).

First up, the Game bar has received another makeover. There are now new buttons that let you access your captures, toggle your microphone and camera, and edit the title of your Mixer stream. There’s a new clock, choice of theme (Dark, Light, or your current Windows theme), and a promise that the settings are easier to use. 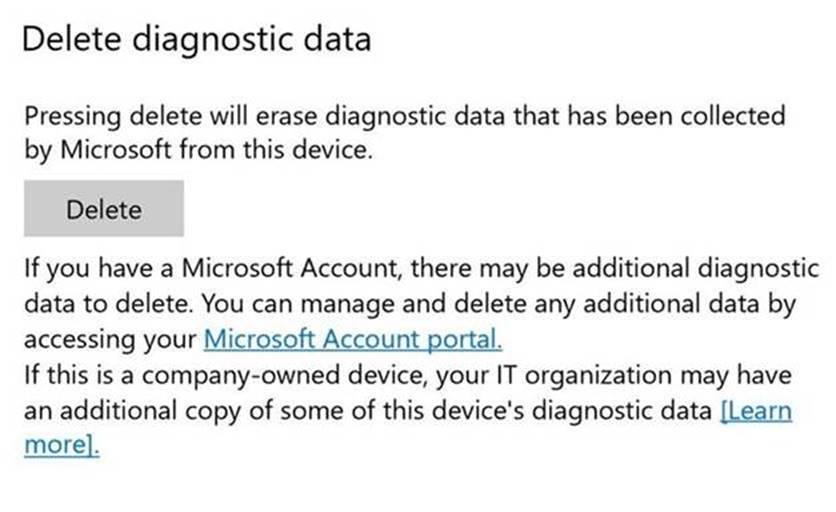 The Diagnostic Data Viewer that showed up in the last build now lets you delete the Windows Diagnostic Data that Microsoft has collected from your device. Just head to Settings => Privacy => Diagnostics & feedback, and hit the delete button. 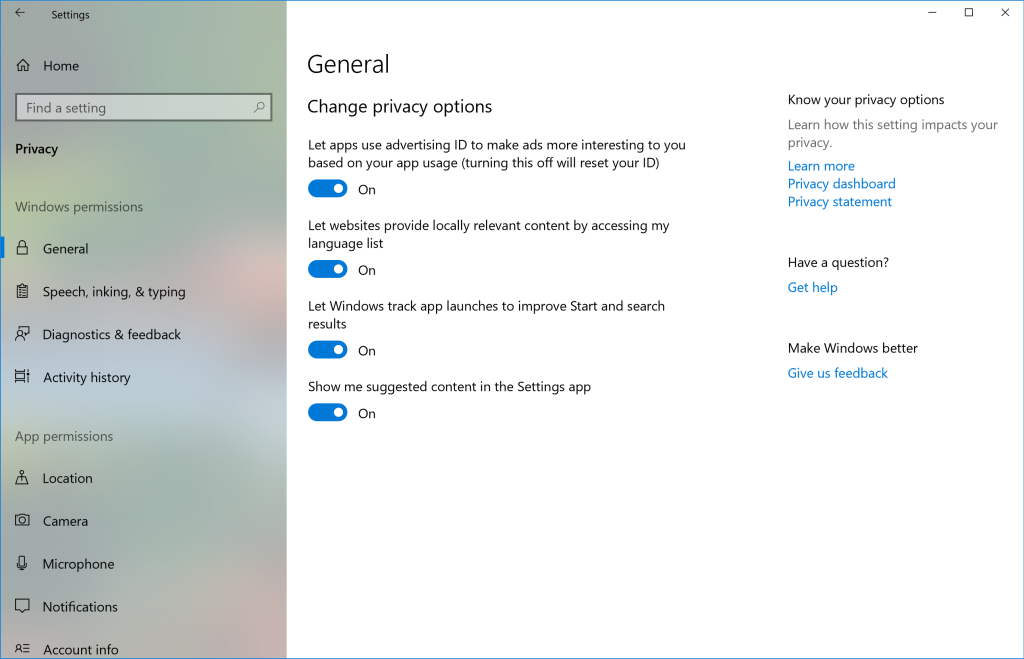 The Privacy Settings navigation pane has gained new categories. There’s also a new section to Speech, Inking, & Typing settings under Privacy so that you can view and clear your user dictionary. 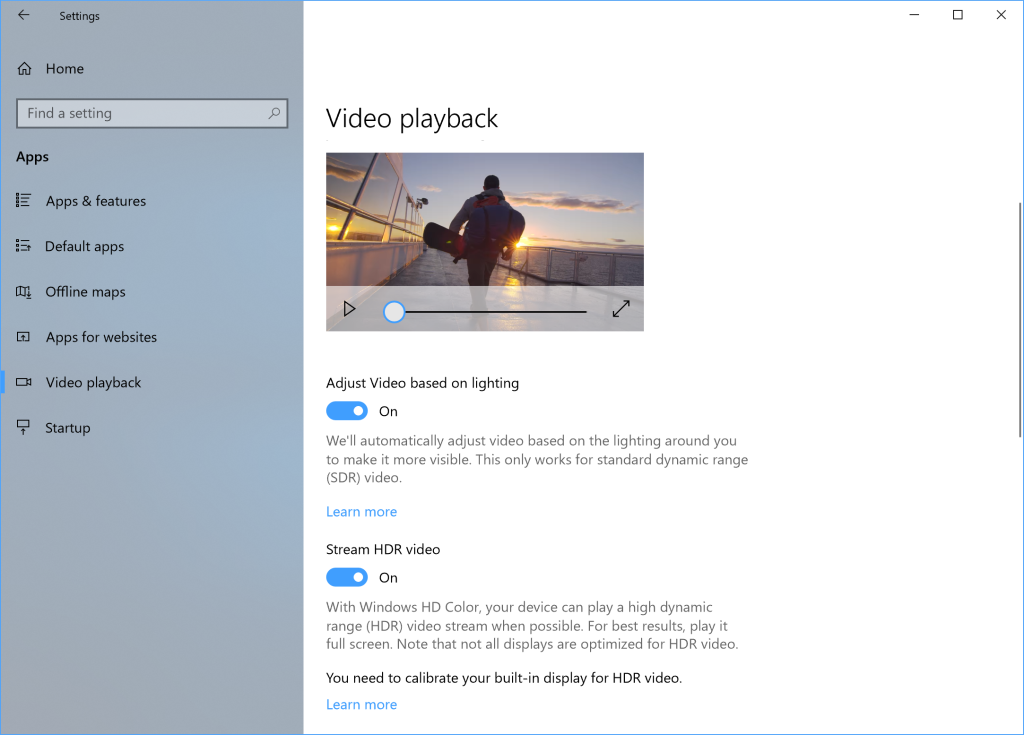 HDR video access has been expanded to more users (Settings => Apps => Video playback => Stream HDR video). There is also an experimental calibration tool — “Change calibration settings for HDR video on my built-in display” — that lets you change the way HDR video appears on your device based on your preferred balance between details in dark scenes and details in bright scenes. 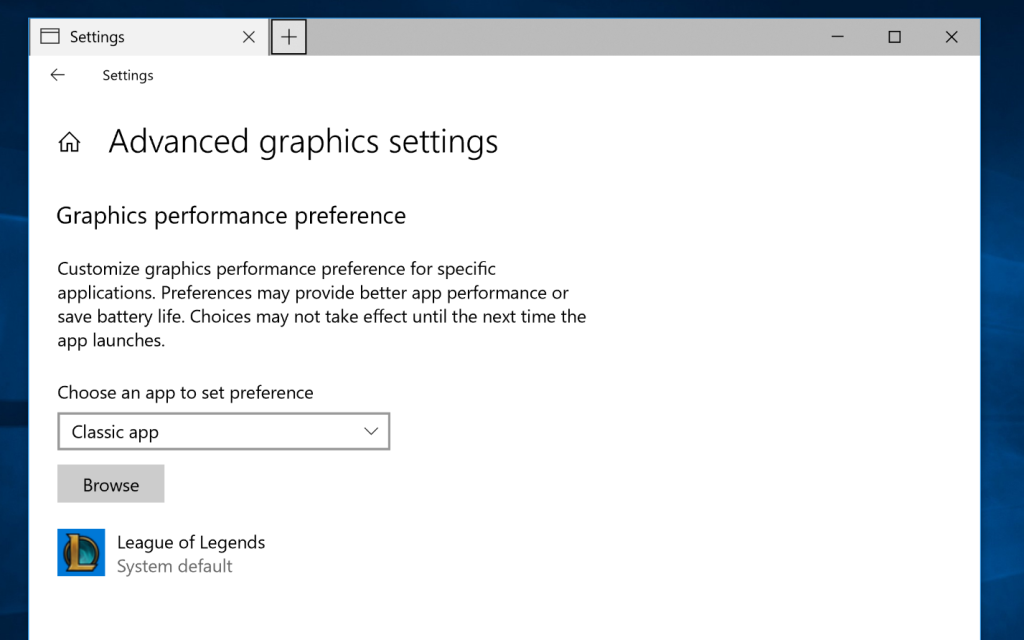 There are also new graphics settings for multi-GPU systems (Settings => System => Display => Advanced graphics settings). You can now manage the graphics performance preferences of your apps without relying on control panels from AMD and Nvidia (in fact, Windows Graphics will override other control panel settings, and apps can even override these settings).

Each application can be set to “System default” (the system decides the best GPU), “Power saving” mode (run the application on the most power-saving GPU available), and “High performance” mode (run the application on the most high-performance GPU available). Windows 10 doesn’t do any performance benchmarking to classify your GPUs — it simply makes assumptions based on type: Integrated GPU is the best for power saving, discrete GPU is more performant, and an external GPU is even higher performing. 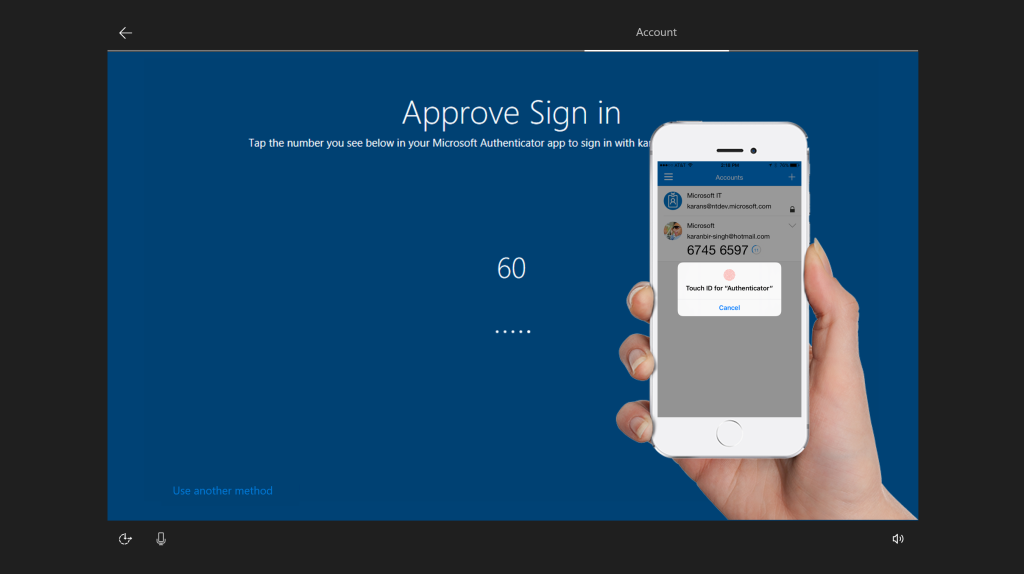 Windows 10 S now lets you avoid passwords by relying on the Authenticator App. This build makes your Windows 10 S PC password-free. If you have Windows Hello set up, you won’t see passwords anywhere in Windows. Speaking of security, Windows Defender is now Windows Security in Settings, and the page has been redesigned. There’s also an Account Protection Pillar that encourages password users to set up Windows Hello Face, Fingerprint, or PIN for faster sign in, and a Device Security Pillar that shows status reporting and management of security features built into your devices.

Eye Control, which is still in preview, has received a slew of improvements. It’s now easier to scroll content, like email and websites. The launchpad has gained direct left click, direct right click, Start, Timeline, Settings, device calibration, and a Pause button. Separately, the Narrator can now be used in safe mode.

Windows 10 now lets users start pairing and connecting supported devices in a single click. When these devices are ready to pair and detected to be in range, Windows 10 will show a notification to let you start the pairing process. The Surface Precision Mouse is the first device to support the functionality. 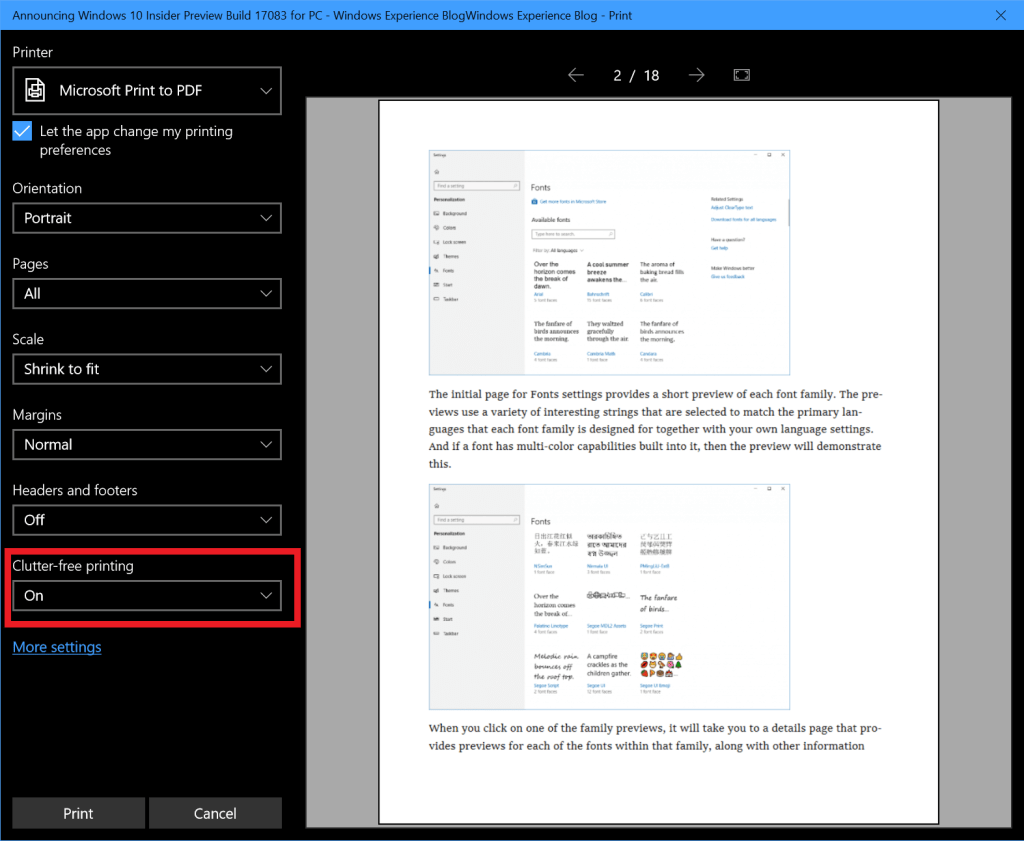 Last, but not least, there are a bunch of Windows Subsystem for Linux (WSL) updates. The full release notes are here.

This build has a whopping 16 known issues:

I can’t remember the last build that had this many known issues. As always, don’t install this on your production machine.