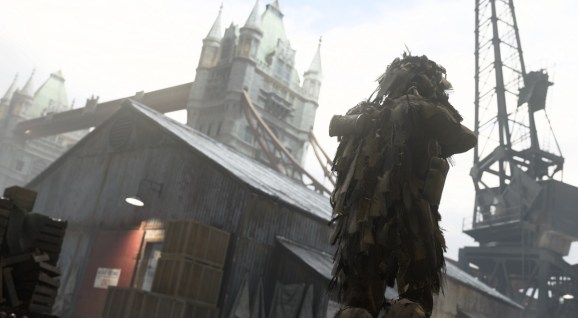 Activision Blizzard is cashing in on the renewed popularity of its major first-person shooter game, Call of Duty. The military shooter surpassed $1 billion in sales during the holiday quarter, which ended December 31.

Call of Duty: WWII, from Sledgehammer Games, represents a big comeback for the franchise — although it’s not like Call of Duty had fallen into obscurity. While WWII was the top-grossing console game in 2017, that actually makes Call of Duty the No. 1 highest-grossing franchise worldwide for eight of the last 9 years.

“This was a record quarter to cap off a record year for Activision Blizzard,” Activision Blizzard chief executive officer Bobby Kotick said. “In 2017, our community reached new milestones for engagement, our business delivered record revenues and cash flows, and we made important progress in building future growth opportunities such as the Overwatch League.”

Activision also reported its full 2017 earnings today. The company revealed that it generated $7 billion in revenue, which is up from $6.6 billion in 2016. That’s a new record for the company.

While Destiny 2, Blizzard Entertainment’s games, and King’s mobile efforts all contributed significantly to the company’s results, Call of Duty is still Activision’s primary moneymaker. And WW2’s renewed performance suggests that the company could rely on the annual income from Call of Duty games for the foreseeable future.

Analysts expected earnings per share of 93 cents for the quarter, compared with 86 cents a year earlier. Revenue was expected to be $2.55 billion. Activision Blizzard said it expected GAAP revenue of $1.7 billion.

Activision beat expectations on both revenues and earnings per share. It reported adjusted earnings of 94 cents a share on revenues of $2.65 billion.