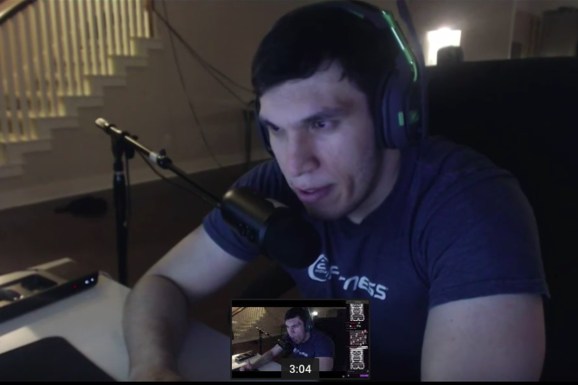 Twitch cracks down on hate speech.

Twitch has revised its guidelines to take a stronger stance against harassment, hate, and sexually suggestive content. In a blog post, Amazon’s livestreaming video site detailed how these changes will work, and how it is trying to serve the community with these new rules.

“We want everyone to not only feel welcome on Twitch, but to be proud to be part of the community,” reads the blog. “To that end, we are strengthening our stance on harassment and hate.”

The first change is a new zero-tolerance policy for any conduct (whether you’re streaming or commenting) that Twitch considers “hateful.” If Twitch deems your behavior hateful, you will get an indefinite suspension.

“Hate simply has no place in the Twitch community,” reads the blog.

But the company says that hate may not have a place outside the confines of its website either.

“Additionally, we will now consider verifiable hateful or harassing conduct that takes place off-Twitch when making moderation decisions for actions that occur on Twitch,” reads the blog. “If you use other services to direct hate or harassment towards someone on Twitch, we will consider it a violation of Twitch’s policies.”

Twitch will take intent into consideration, but it warns that “I was kidding” is not always a foolproof defense.

“Please remember, even if you’re just joking with your friends, you’re still choosing to stream on a service that reaches a large audience,” reads the blog.

When it comes to reading intent, Twitch may have a much tougher problem attempting to moderate sexual content. The company says its new guidelines enable it to review everything about how a person is streaming to determine if it’s “sexually suggestive.”

“We’ll be looking at contextual elements such as the stream title, camera angles, emotes, panels, attire, overlays, and chat moderation,” reads the blog. “Offering access to prohibited sexual content such as ‘lewds’ on Twitch remains prohibited.”

If you’re wondering how Twitch is going to determine what clothes you’re allowed to wear to have access to its platform, here’s how it puts it:

“Attire in gaming streams, most at-home streams, and all profile/channel imagery should be appropriate for a public street, mall, or restaurant.”

But Twitch says that this holistic approach will enable it to better understand a person’s intent. If you report someone for sexual behavior, Twitch won’t just be looking for cleavage. It will look at everything to determine if the person is trying to be sexually suggestive or if they are just trying to play a game in their favorite cute top.

This is a response to a growing backlash by Twitch users against the idea of “booby streamers.” These are attractive women who have found an audience by playing games or live-vlogging on Twitch while sometimes wearing low-cut shirts or tiny shorts.

These updated rules may give members of the Twitch community the sense that they have a right to decide who can and can’t be on the platform because of the way someone looks. That is exactly what some Twitch users want.

For example, in an alarming rant, Twitch streamer Trainwreck put a voice to many of the complaints about “booby streamers.” As a vein in his forehead pulsed, Trainwreck explained that Twitch is for nerds and not the “god damn sluts” that rejected nerds in high school.

Twitch suspended Trainwreck for five days for this video, according to one of his posts on Twitter.

Likely foreseeing that its new rules may embolden men who hold views similar to Trainwreck, Twitch’s blog says that it will keep handing out suspensions to similar misogynistic rants in the future.

“As a reminder, we will not tolerate using this policy as a basis to harass streamers on or off Twitch, regardless of whether you think they’re breaking this rule,” the company warned.

But regardless of the community response, Twitch is now in the tough business of deciding what is appropriate for women to wear to the mall and whether a camera angle is too suggestive for certain body types. The company obviously wants to keep pornographic content off of its site — that’s illegal in several countries — but even with its holistic approach it may still end up treating women differently (and worse) than women when it comes to controlling how a streamer can use their bodies. That’s simply because a woman is historically more likely to be considered a sex object.

Twitch is at least trying to evolve its rules to strike a balance on what is appropriate, and that process is still ongoing.

Updated at 4 p.m. Pacific time to fix some language.