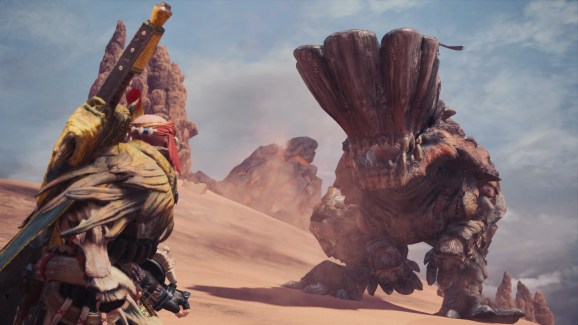 Worry more about avoiding attacks than landing your own.

Monster Hunter: World is Capcom’s fastest hit in the publisher’s history, the studio announced on its Japanese site as IGN reported. The multiplayer action role-playing game has already shipped 6 million copies since launching for PlayStation 4 and Xbox One on January 6.

It reached the 5 million mark just three days after release. Games shipped isn’t the same as games sold, but it is still a mark of success. Shipped games also doesn’t account for digital sales, but we know that Monster Hunter: World was the PlayStation 4’s top digital game in January. Lifetime sales for the series is at 45 million.

The Monster Hunter franchise has always been popular in Japan, but World is making it a mainstream success around the world. The series had made its home on portable devices like the PSP and 3DS, but World brings the franchise back to home console exclusivity (some entries have come out on home console and portables, like Monster Hunter Tri for the Wii and later the 3DS and other consoles) with significant graphical and gameplay improvements.

A PC version of Monster Hunter: World is still coming later this year.