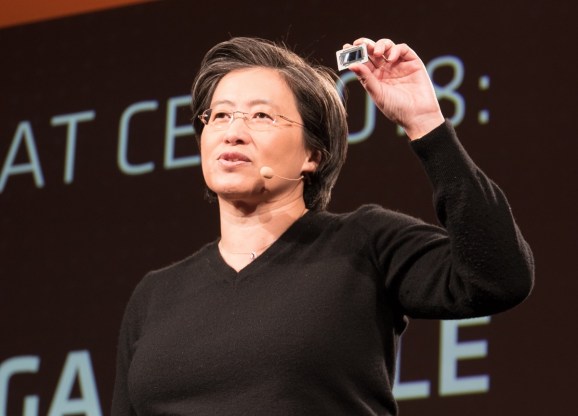 The accelerated processing units (APUs) combine a Radeon Vega graphics processing unit (GPU) with a Zen CPU for mid-range and low-cost desktop computers. AMD said the new chips will bring down the cost of gaming and other types of computing on desktop machines.

The chips are available today, and computer makers are expected to launch PCs with the chips in the coming months.

“When we launched our first Ryzen processors a year ago, we began driving innovation and competition across the PC market. We remain dedicated to this mission throughout 2018, as we further strengthen our Ryzen portfolio by adding two leadership APUs designed to meet the varying needs of today’s PC users,” said AMD executive Jim Anderson, in a statement. “AMD Ryzen Desktop APUs are a perfect example of the innovation we bring to market for consumer and commercial PC users.”

The chips have Improved AMD SenseMI technology, which enables lower power usage at higher frequencies and reduced memory latencies. The new APUs also support Precision Boost 2, a multi-core boost algorithm that enables higher frequencies in gaming and real-world applications. And, with their built-in graphics, these new processors are compatible with Radeon FreeSync technology and compatible displays.