Zendesk VP of public policy and social impact Tiffany Apczynski is one of the speakers at VentureBeat’s inaugural Blueprint conference, taking place on March 5-7 in Reno, Nevada. At Blueprint, speakers including Apczynski will discuss how tech companies can create higher paying jobs across the U.S. and expand economic opportunity for all.

Headquartered in San Francisco, Zendesk is one of a number of companies that are turning to distributed teams to keep their business profitable as costs continue to rise. Zendesk has approximately 2,000 employees around the globe, including about 250 employees at their Madison, Wisconsin office.

Ahead of the conference, VentureBeat spoke to Apczynski about her work at Zendesk, where she’s overseen a number of corporate social responsibility initiatives. This interview has been edited for clarity and length.

VentureBeat: Why did Zendesk decide to open an office in Madison?

When we began researching cities to expand our North American presence, we knew from the get-go that the purpose of opening a second office would be to expand our customer support team and thus the coverage we could offer our customers. We needed these agents to cover an additional time zone in North America, so looking to the Midwest was critical. 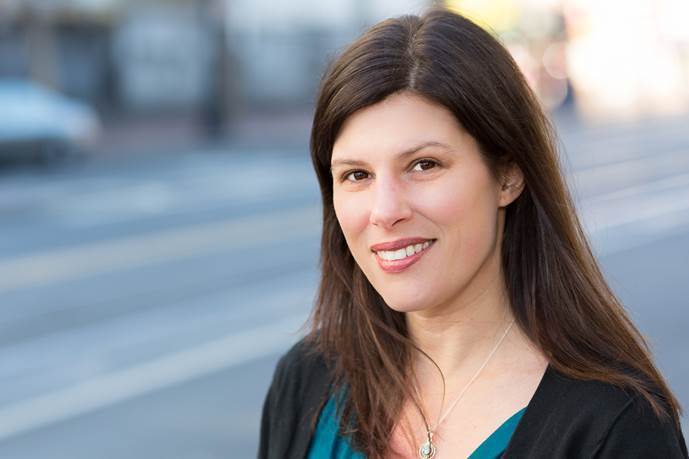 Zendesk moved to San Francisco in 2010 and opened its office in Madison in 2014, after we had hired a few remote employees to provide the coverage we needed in that time zone to help us achieve around-the-clock support for our customers. We were impressed with the small group of employees we were able to hire, all recent graduates from the University of Madison-Wisconsin. And then once we visited Madison, it was clear that this was a city that had values and the rich culture that reminded us of San Francisco. We knew we’d continue to get a good pipeline of candidates from the university.

What’s more, Madison’s affordability means we can continue to grow there as a business. Even more importantly, it means our employees can thrive there. The fact that employees can afford to buy or rent homes and still have a high quality of life means that we will have better retention and less disruption in our organization.

VB: You helped draft a Community Benefits Agreement after Zendesk moved into San Francisco’s Tenderloin neighborhood. Can you tell our readers what the agreement is and how it came to be?

Apczynski: In 2011, Zendesk moved its headquarters from a cushy suite located near AT&T Park, a newly developed part of San Francisco, to the Tenderloin, one of the city’s toughest neighborhoods. We moved to the Tenderloin because real estate at the time was incredibly affordable — it was one of the most affordable neighborhoods, with several vacant multi-level office buildings. We were able to take advantage of the Mid-Market Payroll Tax Exclusion, a payroll tax break for tech companies willing to move their operations to this neighborhood and grow their workforce. It was written for Twitter and is better known as the Twitter Tax Break.

Because we were the first tech company in the neighborhood, we were responsible for drafting the city’s first-ever Community Benefits Agreement. This was a section in the tax break that required companies to invest back into the Tenderloin. Our approach to drafting it was to host a meeting with several community stakeholders. Our local district supervisor’s office was able to pull together a list of folks to invite from the neighborhood, as well as the Citizens Advisory Committee that was established to oversee the progress and implementation of the Community Benefits Agreements. This Citizens Advisory Committee would come to approve all CBAs and would host monthly meetings so tech companies receiving the tax break could report regularly on what resources they were funneling back into the neighborhood.

Since we were new to the Tenderloin, we thought it was critical to have the community stakeholders design the CBA. We had brainstorm sessions with this key leadership and asked them to outline what they would like us to prioritize in terms of giving back. We revised the agreement every year according to the Citizen Advisory Committee’s feedback.

VB: What advice do you have for tech companies that want to find more ways to be better neighbors?

Apczynski: Just get involved. Being a good neighbor is an incredibly easy thing to do and it will build the caring, community-driven culture you will want for your company.

VB: What stakeholders in the community should they reach out to?

Apczynski: Local elected leaders are a great starting point. Find your local city councilor or alderperson. They can help you understand the landscape of both the economics and social welfare of their communities. They will also have all of the contact information you need to expand your network. It’s also not a bad idea to set up meetings with a couple of nonprofits in the area, as the employees there will have an understanding of the needs of the local community.

VB: What are some of the policy initiatives that you think might have the biggest impact on Silicon Valley in 2018?

Apczynski: The repeal of the net neutrality rules is definitely weighing heavily on most tech companies these days. It greatly threatens Silicon Valley’s startup ecosystem, which means companies with a large startup customer population will feel the ripple effects. We need new, emerging businesses to be nipping at the heels of established legacy companies so we can build something that outlives us.

Other policy initiatives impacting Silicon Valley specifically have a lot to do with housing and transportation. The Bay Area continues to be wishy-washy when it comes to passing major transportation infrastructure measures that could make Silicon Valley a more well-connected region. While cities like London have been successful in passing transportation measures upwards of $3 billion, Bay Area voters continue to be leery of such expensive measures. Locally, as cities and communities try to preserve their local character while the populations around them grow, the consistent NIMBY-ism (“Not In My Back Yard”) we see impacting San Francisco, Palo Alto, and other cities means less housing stock, rising rent prices, and less permanent affordable housing. It’s a pressure-cooker situation that can only last so long.