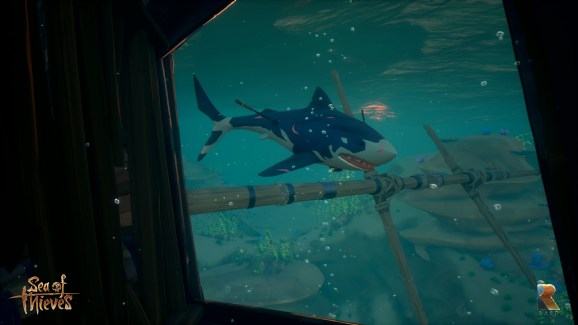 Rare has some more sharks to kill you.

Rare wants your help testing out the weakness of its upcoming pirate simulator Sea of Thieves. The studio has informed GamesBeat that it is launching another round of beta tests this weekend in order to see exactly how many scurvy curs (players) its servers can handle for the always-online high-seas adventure before its March 20 release on PC and Xbox One.

But while this is exciting news for the thousands of people who played and enjoyed the first beta at the end of January, you probably should temper your enthusiasm. Microsoft, which owns Rare and is publishing the game, has confirmed that everyone who had access to the previous closed beta can play this one as well, but the company isn’t planning on adding anything new from the final product into this test.

This beta is strictly about testing the servers, so not only is it all of the same stuff you’ve already done in the last beta, you should expect connection errors. Rare is planning to limit server numbers to see how well its code and hardware can handle an overwhelming number of connections. So expect to get kicked offline and to have trouble making purchases at shopkeepers.

What happens if you sail off the world in Sea of Thieves pic.twitter.com/RVIoCHMfUJ

Still, as one of the most anticipated upcoming major releases of 2018, it’s nice to get one more taste of Sea of Thieves before its big debut.