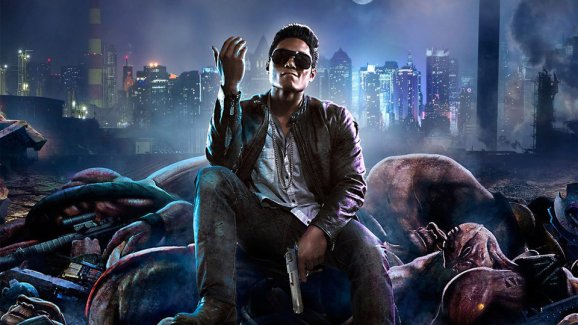 Johnny Gat, who died and went to hell and came back after going through some changes, is a metaphor for THQ.

Swedish publisher THQ Nordic has acquired European entertainment company Koch Media for an undisclosed sum. The deal means that THQ Nordic is acquiring Koch’s Deep Silver gaming division, which is responsible for the open-world crime series Saints Row and the postapocalyptic shooter franchise Metro. This brings Saints Row back under the THQ name after Nordic Games acquired the brand and Koch acquired the game and its developer Volition following the original THQ’s bankruptcy and dissolution.

For THQ Nordic, this move isn’t just about getting the old band back together — chief executive officer Lars Wingefors sees this as a chance to make his company into a major publisher and to strengthen its appeal as a publicly traded corporation. The CEO sees Saints Row, Metro, and the zombie action adventure Dead Island as huge opportunities to create global hits.

“Koch Media is ideally suited to foster our ambitions for growth with its profitability based on its employees and its longstanding business partners,” said Wingefors. “Deep Silver has four triple-A games in development that will generate further growth for the coming years. With Koch Media business partners, we plan to remain the leading European publishing partner for the years to come.”

But while Koch is coming in under the THQ Nordic umbrella, the company will continue to operate as a separate entity. Wingefors doesn’t plan any restructuring or layoffs, Deep Silver will keep its own name, and Koch media cofounder Dr. Klemens Kundratitz will remain as that division’s CEO.

“Due to the great strategic fit of the two businesses, I believe that this is a superb strategic opportunity for Koch Media/Deep Silver and THQ Nordic,” said Kundratitz. “Our plan is to continue to develop and grow all parts of our business. Now, that Koch Media is part of a stock listed company we aim to accelerate growth.”