Gree VR Capital, a venture investment division of Japan’s mobile game publisher Gree, has completed its first fund for virtual reality investments and is rebranding so that it can invest in the broader augmented reality and mixed reality sectors.

Gree invested $18.3 million in 14 VR startups and three augmented reality companies in its first fund, which is now closed. The second San Francisco-based fund will be known as the GFR Fund and will invest in a variety of sectors going forward.

The original Gree VR Capital fund was established in April 2016 and has invested in companies such as Littlstar, VR Chat, Spaces, and Immersv.

“We are committed to providing the expertise and guidance needed to help our portfolio companies interact with other investors, and drive strategic partnerships with U.S. and Asian corporations that can help them grow and succeed,” said Teppei Tsutsui, CEO and managing director of Gree VR Capital, in a statement. “Based on our observations of the emerging AR market, we are looking closely at consumer mainstream as well as enterprise applications such as AR Cloud, navigation, advertising, social media, and consumer content via smartphones or AR glasses.”

To date, the GFR Fund has invested in 17 early stage companies, based primarily in the North American VR/AR/MR market. Now the fund is actively seeking AR startup companies for investment, with a particular focus on mobile AR platforms, AR Cloud, consumer AR applications, and enterprise AR, including AR glasses. 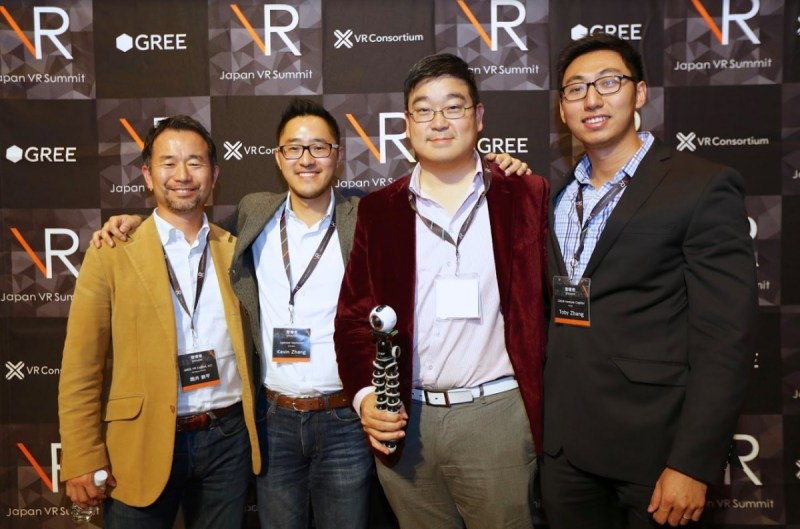 “GFR invested in our [first round] round and has been instrumental in helping our company grow both in the U.S. and Asia,” said Tony Mugavero, CEO of Littlstar, a VR content network and one of GFR’s portfolio companies, in a statement. “They brought us to Japan in 2016 and introduced us to nearly a dozen accredited investors, helped us secure Sony and others as new investors, and lined up a speaking engagement for us at the Japan VR Summit. The connections and visibility that GFR was able to bring to us has been critical in making Littlstar the success that it is and has afforded us the opportunity to expand into new markets.”

GFR will be hosting an online pitch event for early stage AR companies to get in front of investors. In an email, Tsutsui said he is bullish on standalone VR headsets coming out this year, and he will continue to invest in VR as in the past.

“We believe that the AR market, especially mobile AR, is finally ready for consumers in 2018 — with Google’s ARCore and Apple’s ARKit enabling developers to create killer content,” Tsutsui said. “GVR Fund is one of the early investors in VR/AR/MR. We are very committed to supporting the market across VR/AR/MR and want to see the industry, as well as entrepreneurs in the space, succeed.”