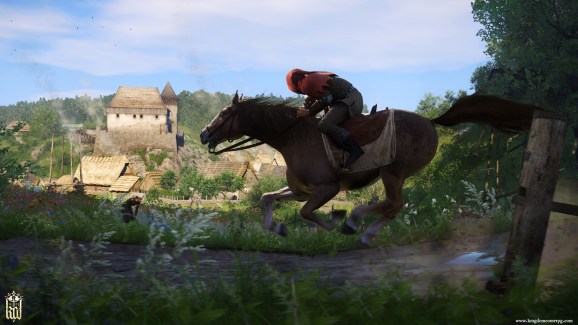 Kingdom Come: Deliverance is out now, and it is already about to pay for itself through brisk sales on PC and consoles. Warhorse Studios director Daniel Várva told HN.cz that the medieval adventure has racked up hundreds of thousands of sales — with 300,000 of those coming from Steam alone. It is available now for $60.

“I think the game will be paid (for) tomorrow,” Várva told HN.cz (translated from Czech by Google). “Anything over a million sold will be nice for us.”

Warhorse first debuted the concept of Kingdom Come as part of a Kickstarter crowdfunding campaign that went on to raise approximately $1.5 million in 2013. But in the five years since, the studio has taken on additional funding. Two days from its February 13 release, and kingdom Come is already well on its way to that 1 million milestone.

Kingdom Come: Deliverance is a new take on the open-world adventure. It tweaks many of the concepts from The Elder Scrolls V: Skyrim and The Witcher 3: Wild Hunt but with a focus on real-world history instead of fantasy. It also uses the powerful CryEngine toolkit to build beautiful visuals. But at its heart, the game is about finding creative solution to problems — like getting arrested.

Várva has referred to this as his “dream” project, and it seems like players are responding well to it. Kingdom Come is among the top-played games on Steam right now with a peak simultaneous player count of 75,000. It is also the best-selling game on that platform at the moment.

On Twitch, Kingdom Come is also attracting a huge audience. It has maintained a spot in the top 5 most viewed games, and it is often only behind huge hits like Fortnite, League of Legends, and PlayerUnknown’s Battlegrounds.