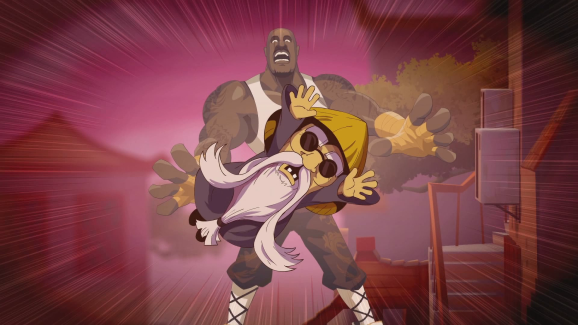 Shaq Fu: A Legend Reborn is getting a physical and digital release for PlayStation 4, Xbox One, Switch, and PC this spring. Wired Productions will publish the game from independent developer Saber Interactive.

The sequel to the 1994 game reached its crowdfunding goal of $450,000 on Indiegogo back in 2014. After suffering numerous delays, the beat-’em-up starring the NBA Hall of Famer Shaquille O’Neal is finally nearing release.

The original Shaq Fu is a bizarre fighting game has O’Neal travel to another dimension to fight strange monsters and aliens. Its weird premise has helped endear it into the minds of retro fans, even if the actual game isn’t all that great. Shaq was a big star in the ’90s. Along with his NBA career, he released rap albums and starred in movies … none of which were all that good.

But Shaq Fu has a dubious legacy. Some even call it one of the worst games ever made, a moniker that Saber Interactive is embracing for the sequel.

“Master devastating combos, battle outlandish celebrity bosses and take on all comers with an array of weapons, including katanas, shuriken, and baseball bats,” Saber detailed in a press release sent to GamesBeat. “Channel Shaq’s alter egos, Big Daddy O and Big Diesel, in epic battles in the successor to the worst game ever on a mission to restore Shaq’s legacy.”