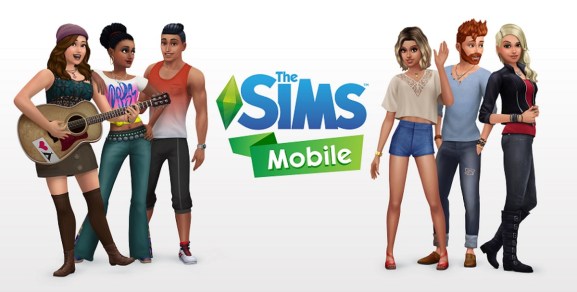 When designing or localizing your mobile game for international release, it is critical to examine whether or not it’s a good fit for what people in local markets want to play on their mobile devices.

As we’ve seen with megahits like Japan’s Monster Strike, what achieves overwhelming success in one country might falter when released in another — simply because it’s offering an experience that doesn’t resonate with what the new audience is looking for.

To provide a better understanding of how and why North American players play mobile games, EEDAR examined player interest in 33 different types of gameplay experiences and motivations.

Response data for this analysis comes from 3,000 adults and 1,000 teenagers who were asked to rate their interest in 33 mobile gameplay experiences that included elements associated with competition, cooperation, challenge/excitement, immersion, strategy, customization, progression achievement, and completion. These ratings were then ranked by most – and least – compelling gameplay motivations for the North American mobile market to give insight into what factors are most appealing at a market level.

When it comes to mobile gaming in North America, single-player experiences associated with progression, completion, and achievement most consistently drive play. 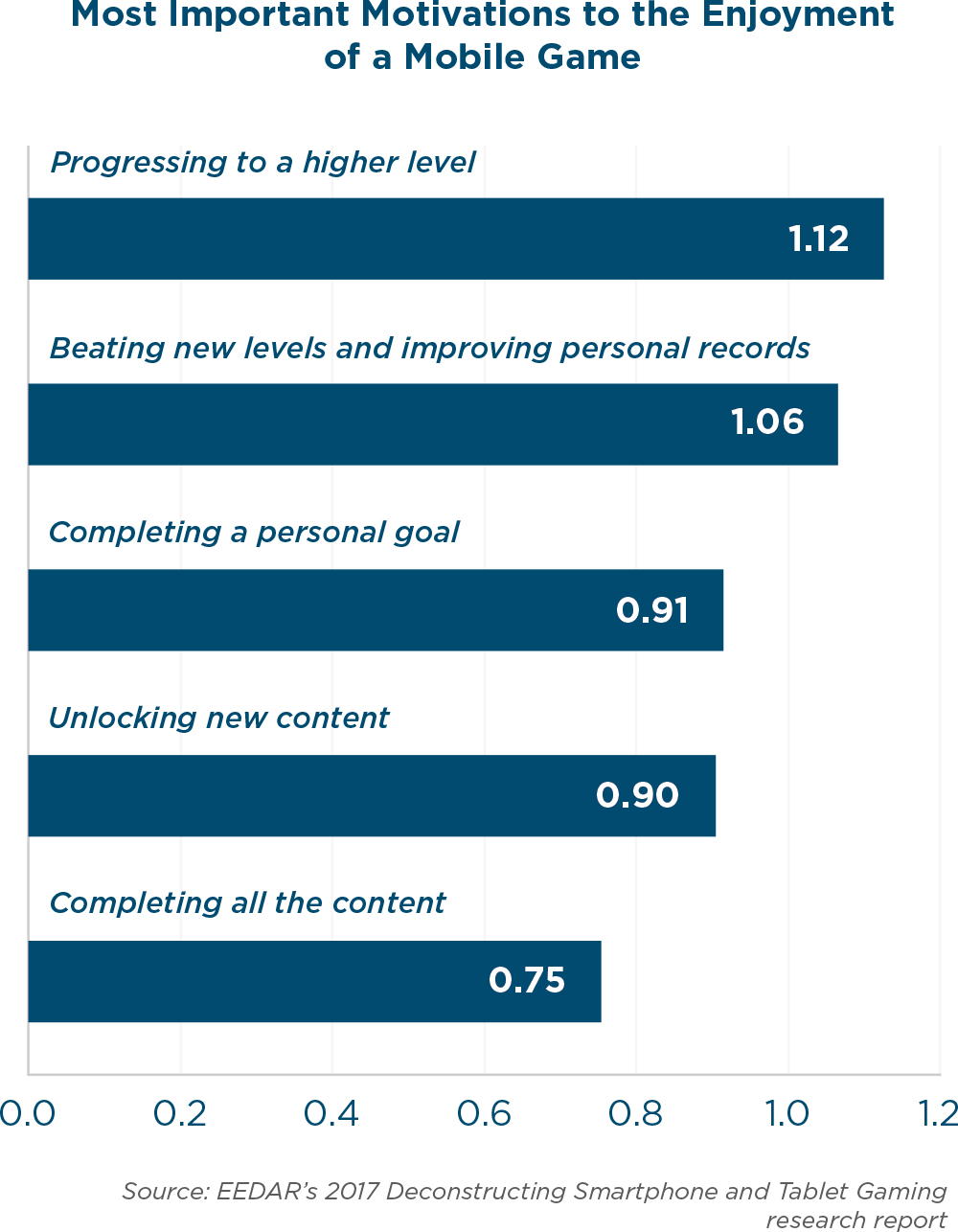 Looking at these motivations, it’s easy to see that active mobile gamers in North America are motivated by moving through a game’s levels and improving upon their previous performances. The key question, however, is why?

In analyzing the strongest and most common motivations, it’s important to note that 8 out of the top 10 all roll up under three motivational metafactors: Progression, Achievement, and Completion. All elements associated with these factors were generally seen as positive by mobile gamers (rating over 0 in all cases).

By contrast, motivations relating to multiplayer (whether competitive or cooperative) or in-game social interactions appear nowhere in the top 10. In fact, they rank much closer to the bottom of the battery of 33 gameplay experiences. 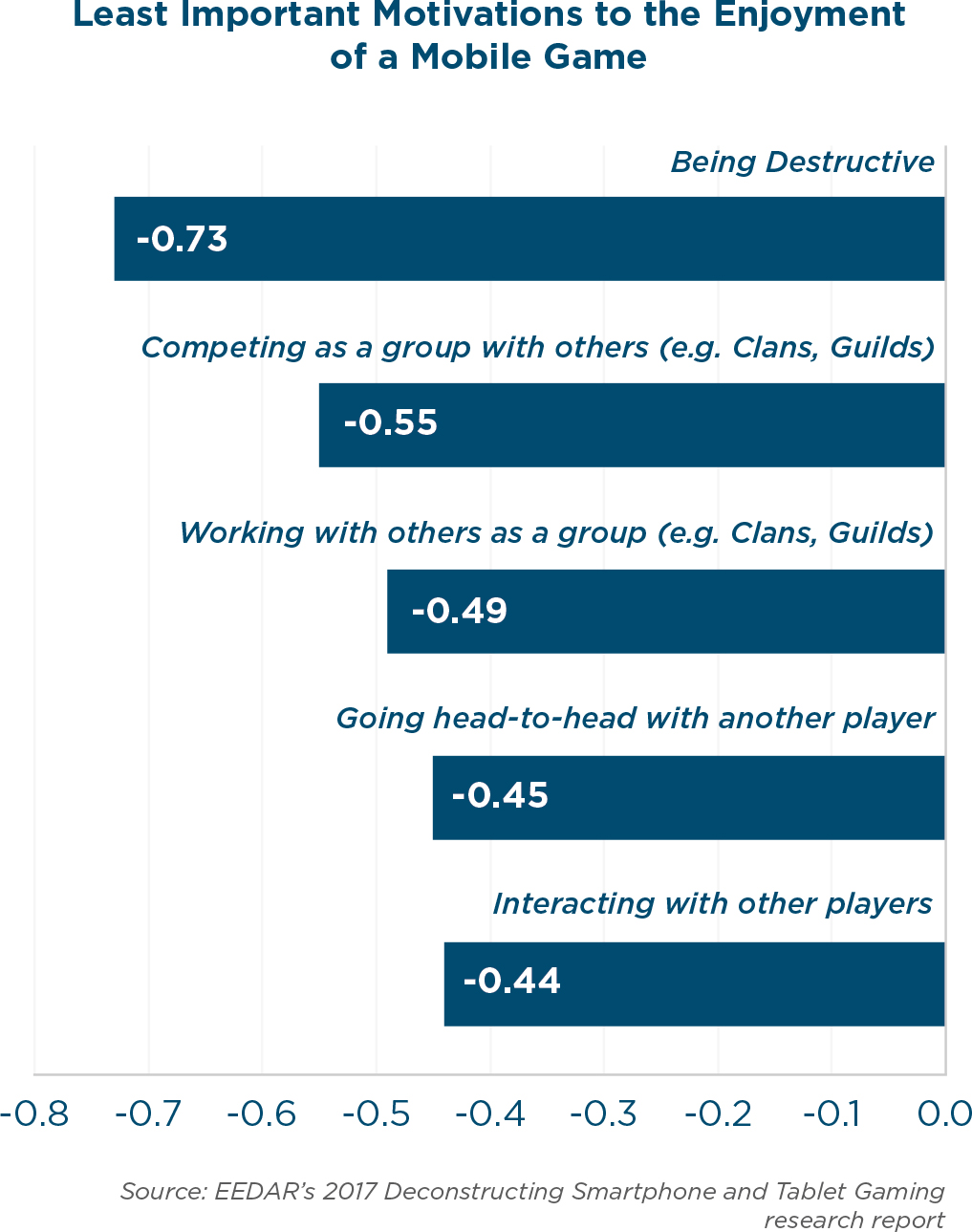 This is not to say that games which rely heavily on multiplayer cannot find an audience in North America (titles such as Clash Royale provide evidence to the contrary), but it suggests that games that leverage this approach will be more limited in their potential audience overall – unless they make intelligent choices about the market they’re launching into. EEDAR’s research suggests that, where essentially 100% of NA gamers will respond favorably to elements that push them to Progress and/or Achieve, only 30% or so are going to be specifically interested in engaging with other players.

Driving engagement and success with a predominantly multiplayer experience on mobile, then, requires careful incorporation of elements that show quantifiable progression, help players to set personal goals, and reward individual achievement. Emphasizing these elements will help attract a broader audience who is less interested in competition.

The core of Clash Royale’s gameplay may be built around competitive multiplayer, but players can make and appraise meaningful single-player progress as they advance through arenas. This distinction is key to reaching the broadest amount of mobile gamers in North America.

Heather Nofziger, Ph.D, is the head of consumer research at EEDAR and serves as an expert game design/economy consultant specializing in the mobile market.